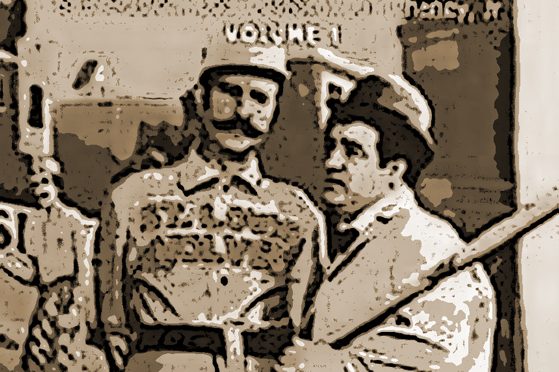 As the Cabal is being taken down from all fronts, financial, military and New Media, we are patiently awaiting for the release of the Global Settlement which would end worldwide poverty in 3 short months.

A few minutes ago we received a heads up from Drake pointing to an article by Jhaine about a response from Neil Keenan to disinfo agents making a last stand for their cabalist masters.

Who’s on First! – from Neil Keenan 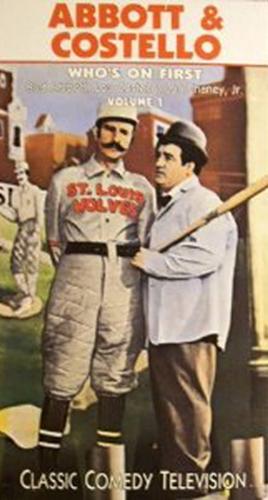 I would rather not post a reply, but this is just a great opportunity to nail the disinfo people such as JJ (Smith) Outlaw. The document you are looking at is one big joke. I am going to take it with me when I visit with Edy Seno. Everyone who knows Edy realizes this is a big gaff, and of course we know who photoshopped this from a similar document put out in August that was discredited. No, it is not Scott this time, and it is time to stop kicking him. He looks like hell and needs a break, and if anything I was too tough on him, but he is the expert in such situations, and I am sure he will have lots to say as well on his own behalf.

Whoever put this together is a Clown, a Prankster, a Silly Fool, and I will try to share only a little of what is wrong here. First of all, Ray Dam is not affiliated with Edy Seno in any way.  Beyu Soekarno is not involved with Edy in any way. It is the OITC not IOTC. Flashing back in time to the ‘Scott War’, it was clear to me that they (Scott and Wagoner) after getting caught by me had to scurry to cover their tracks, so that no one would know what they were up to. They then ran to Beyu Soekarno telling him that I screwed up their Trade. In fact, however, it was those actually working with Beyu, wishing to use him, as well as my connections—without my knowledge and behind my back—who, when they weren’t allowed to do so, got him to sign a Cease and Desist Order, blaming me for everything. Then the Wagoner bunch ran to Edy Seno, who was in the hospital and lied and used Nelu’s name to get in to talk to him. They then proceeded to tell him that the case would not be refiled, so he should issue a Cease and Desist Order, which they just happened to have in their pockets at the time.

Of course, you would think that left me standing without my pants, but to the contrary! I was in the position of strength: You see, Seno’s mandate expired in 1998! What this means is that none of the 2.5% Family Heritance Guarantee was issued to the Soekarno Trust at all. During the years the Mandate was valid the West never gave them a dime, yet the Indonesian Elders did continue to protect all the assets as though they were their own. Indonesia, gatekeepers and holders were wonderful to the actual owners over the years, even though they were beaten as well. In case you haven’t realized it, the system had been hijacked. No—in case you haven’t realize it—the system was set up initially so it could be hijacked. Thank God the Elders, who live on a different spiritual plane, not one of greed but one of integrity, stood strong and defended the assets and humankind from a potential disaster.

So how was the Soekarno Trust to get paid after the expiration of the Mandate?

Let me say here, also, that Beyu is still out in the cold, and my connections might help him verify his assets. As a matter of fact, Bonsu Soekarno, Beyu’s brother, is possibly the most learned person in the history of the Collateral Accounts, and he would be most welcome to participate in the legal actions of the suit itself. He is remarkably brilliant in his understandings of the Collateral Books.

The publicity alone was driving the Cabal mad—even though it was only on the internet. If they separated themselves from me they had nothing. What could Wagoner do? He wanted Alex Lee Ling Soon, a highly respected Singaporean businessman, to pay his expenses so he could go on a fact-finding mission. Alex said, “NO!” He knows when he smells a Rat. He understood that Wagoner, a man who falsely identifies himself as the son of David Rockefeller’s sister, could do nothing. On the other hand, Wagoner told Seno and Alex that he would deal with the BIS and the World Bank—and every other damned place, too, including the Monaco Group, which he had no chance of ever getting close to.

What I am trying to say is that the scam or plan to remove me was on, but they had no weapons to fight with. You cannot go to a war with a Pop Gun, and this is what they had. Our friend Drake received phone calls from them crying hysterically in the middle of the night that I was ruining their reputations, but what sort of reputations do they think they had? Then Drake told them he was going to do his own due diligence, and when he did, what he learned and came back with stunned them so much they never bothered calling again. Sorry buddy, no one home!!!

This kept on for a while, and now we have this photoshopped document we saw months ago, which at that time was vetted as a fraud. It re-surfaces now and gives me a chance to actually respond to it. So I will make it short and sweet. This piece of crap has nothing to do with Edy Seno. Edy Seno is more than a business associate; he is my friend! The document is phony from top to bottom. There are so many holes in it you can drive a truck through it.

For instance, you do realize that the Soekarno Trust has nothing to do with the UBS, don’t you? And you understand that Edy Seno never signs anything without putting his thumbprint on it, right? If so, then you know something the composer of this piece of garbage did not know, and if you did not know, you know now.

I could easily go tit for tat with JJ Smith, who posted this on his site, but let’s let him live for another day. He is a disinfo agent—and most probably gets paid for doing it. At one time I spoke with him, but was told to stay far away from him, so I did.  There is so much more to tell you, but let’s cut it short because I’m very busy. Not my style, I know, but I am in Indonesia composing this response and meeting with the infamous Dr. Seno in a couple of days. As I have said, he is a friend, and we probably will have many laughs over this. As for JJ, he can role this phony Cease and Desist document into tubular form, and I’m sure he will then know what to do with it.

You know, though, it really is not funny that people who hope that someone, somewhere is being straight with them actually find out they are being nothing of the kind. For this reason I’ve taken the time to state the above—and remember if I do not win there will be no funds for anyone, because the mandate in this document has expired, and they have nothing to hang their hats on. There is no way for them to recover their losses, there is no way for them to recover a dime. Let me repeat in closing that the plan is to include Edy Seno, who is the real representative of the now-expired Soekarno Trust Mandate, in the final Settlement.

Do not worry, I am doing my best for all, and please do not believe such nonsense coming from those that really just wish to use us people without putting in the time, effort, and hard work.

I wish you all the best and pray that someday we all just might share a celebratory drink together once we raise our arms in victory.

Response on 11/28/2012 to Jean Haines regarding Removing the Shackles post entitled:  “Soekanto to Keenan: Cease and Desist”

Here is Neil’s Response to the above: