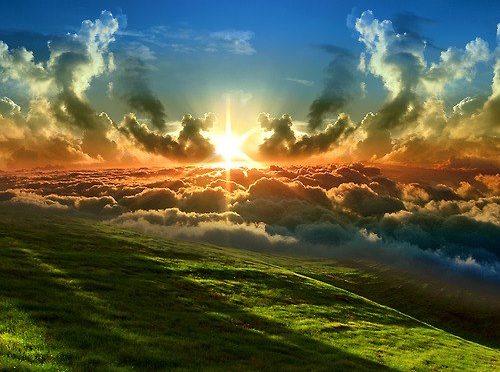 Some of us may have thought that the men and women behind this little known organization were just kidding themselves when they convened the first International Common Law Court to conduct trial against the Crown, Church and Big Pharma for genocide. But if you read closely the article below, it is very clear that they mean business.

“Over the past few days, hundreds of people in fifteen countries have pledged their support to our Tribunal to occupy churches and help perform Citizens’ Arrests of criminal heads of church and state in Rome, London and across Canada.”

“People from as far away as the Pacific islands, South Africa, China and a dozen European countries, as well as across North America, are being recruited to launch public actions against their local Catholic churches after March 4, when International Citizens Arrest Warrants will be issued by the Common Law Court in Brussels.”

“In other words, hundreds of people will be armed to perform these arrests on anyone shielding the Thirty from arrest, as well as on the culprits themselves – AND on any of their accomplices, like known child raping priests through the Catholic, United and Anglican churches.”

Yes, if need be, we must arm ourselves in order to effect the Worldwide Citizens’ Arrests. Otherwise, we deserve to be Sheeples forever.

Latest News, Reflections and an Important Leaflet from The International Tribunal into Crimes of Church and State and Kevin Annett

1. Fifteen countries are now part of our movement! Meanwhile, more Cardinals desert the sinking Papal ship, and The Court Order is served on the Guilty Cowards  –  Reports from the front line

2. This Saturday, the ITCCS global online radio program will feature some of the Citizen Jurors who found the Pope, Queen Elizabeth and Canada guilty of Genocide – On March 2 at 4 pm EST, 9 pm GMT on www.blogtalkradio.com/wethejury

3. What will happen next Monday, March 4 – and Beyond … and What You can Do

4. This Friday, California Public Television will broadcast the complete Proceedings, Evidence and Verdict of our Common Law Court of Justice, to a viewership of millions of people

5. Our French activists launch a new ITCCS blogsite,  and

6. A a leaflet for you to distribute at churches this Sunday.

From Slovenia to Fiji to the Vatican itself, the Momentum Grows

It isn’t only the half million hits on our websites that show that the world is aflame from the spark we’ve ignited.

Over the past few days, hundreds of people in fifteen countries have pledged their support to our Tribunal to occupy churches and help perform Citizens’ Arrests of criminal heads of church and state in Rome, London and across Canada.

“This is the answer to a life time of hoping” commented an elderly aboriginal survivor of a Saskatchewan Christian internment camp – read, “residential school” – who contacted our Tribunal after he heard our Court’s verdict.

“Count me in. I may be eighty two but nobody will keep me from occupying the local catholic church. Those priests killed my brother in there and now they’re going to answer for him”

People from as far away as the Pacific islands, South Africa, China and a dozen European countries, as well as across North America, are being recruited to launch public actions against their local Catholic churches after March 4, when International Citizens Arrest Warrants will be issued by the Common Law Court in Brussels.

In Canada, more than twenty United and Anglican churches have also been targeted for picketing or occupation that week, along with Catholic cathedrals. Protestors even plan to strike at the Archbishop of Canterbury’s church and Buckingham Palace.

These church occupations will grow and culminate in a Global Week of Reclamation during Easter, March 24 -31.

Not coincidentally, the top Catholic official in England, Cardinal Keith O’Brien, suddenly resigned this week and announced he would not vote at the Vatican Conclave on March 15 to elect a new Pope. This unprecedented defiance may indicate a collapse in the disciplinary chain of command within the church, since Cardinals’ attendance at the Papal Conclave is normally mandatory.

Meanwhile, Common Law Court officers have begun to serve the Order of Compliance to the thirty officials found guilty of Crimes against Humanity last Monday, including Joseph Ratzinger, Elizabeth Windsor, top Roman Cardinals and Stephen Harper, the Prime Minister of Canada. All of the accused parties seem to be in hiding.

Yes, Virginia, there really is a Common Law Court! Tune in on Saturday to learn Why

The Vatican black ops department swung into full gear after last Monday’s Court verdict, spreading the Big Lie throughout the Italian and world corporate media that our Court is a fabrication of one man – Kevin Annett.

In response, two of the Citizen Jurors from the Common Law Court who found the Pope and others guilty will be featured on the new blog talk radio program We the Jury this Saturday, to describe why they volunteered for the historic position and voted as they did.

The Jurors are Lisa Shannon from the United States and Melanie Spencer from the Netherlands. They’ll be joined by ITCCS activists from Ireland John Deegan, Gerry O’Donovan and Dave O’Brien, who have led and will continue church occupations in that country.

This two hour We the Jury program will be broadcast this Saturday, March 2 at 4 pm EST, 9 pm Greenwich time, at www.blogtalkradio.com/wethejury. Hosts will be Kevin Annett and Bill Annett, with producers Marcie Lane and Claudia Julien, who are of aboriginal descent.

Can we really place Caesar under Arrest? What will Happen on and after March 4, 2103? by Kevin D. Annett

People are dreadfully concerned these days that arresting folks like Lizzie Windsor and ex-pope Joe the Rat won’t be possible for people like us. But the truth is, of course we can arrest them – with enough resolve, and numbers, and by not playing by their rules.

Remember, first of all, that “arrest” simply means to stop someone or something – and we are already doing that. These child killers are cowering in confusion because of our work. And as for physical detention, well, they are presently hiding out in their palaces under massive security, like any guilty criminal, encased in lies and fear. I’d call that imprisonment.

But beyond all that, the right of citizens to perform their own arrests on convicted criminals – even when they’re “rulers” – is enshrined in customary law and such doctrines as the Claim of Right and Necessity Defense in common law, which compels citizens to act when the authorities refuse to, out of a higher need to protect the community that supersedes any statute law.

So on March 4, if the thirty guilty parties don’t surrender themselves to our Officers, our Court will issue International Citizens’ Arrest Warrants, of one year duration, which any man or woman anywhere can use to empower themselves to enforce the lawful Verdict of February 25, 2013 issued by our Common Law Court.

In other words, hundreds of people will be armed to perform these arrests on anyone shielding the Thirty from arrest, as well as on the culprits themselves – AND on any of their accomplices, like known child raping priests through the Catholic, United and Anglican churches.

Think of it: an army of Common Law Peace Officers, roaming fifteen countries, perpetually armed with the power to arrest these criminals, banish them from our communities, occupy their churches and seize their assets and properties!

I call that having an impact. It’s actually the launching of a civil war. But see my article (“What will we do with the Freedom we have Won?“) for more of a perspective on why we are unbeatable – once we overcome our own fears and illusions.

Lights, Camera … Lighting up the Truth this Friday, March 1!

Millions of Americans will watch the full proceedings of our Trial and Conviction of the Pope and his cohorts during March, thanks to the good people of Napa Valley Television in California.

Starting this Friday, and every Friday evening in March, at 11:30 pm Pacific time, the full evidence used to convict the Thirty will be broadcast by Napa TV and will be permanently archived as well as live streamed to any other network or service. Any local public access TV station can then broadcast our full four hour Court sessions. So prod your local broadcasters, educators and librarians to access and broadcast this historic evidence.

Here is the link to the broadcast, commencing this Friday at 11:30 pm pacific time, and 7:30 am (Saturday) GMT in Europe:

Our compatriots in Paris have created an exclusive ITCCS blog site in French, which you can find at:

Spread the word among Francophones, s’il vous plait … and link up with the French ITCCS network. Kevin Annett will be speaking in Paris and throughout France during the last half of May as part of his European speaking and organizing tour.

And finally, Leaflet and Occupy a church for Jesus … and the missing children

Please print off the leaflet this Sunday, March 3, and distribute it to parishioners at your local Catholic church, and at United and Anglican churches as well. It gives church goers a chance to join with our movement and take back their own churches from the criminals who run it, with their money.

Good luck! Keep us informed of your work and film any of your public actions. 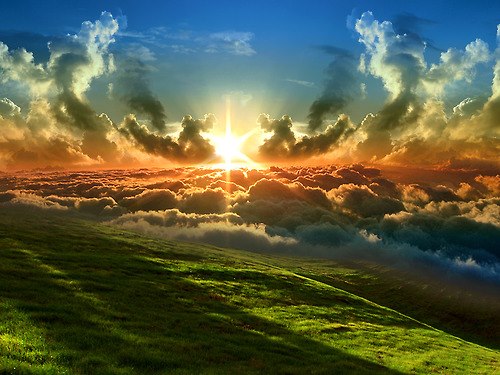 Thanks to Dann Lapierre for the photo.

3 thoughts on “Celebrating a Pope-Free World”