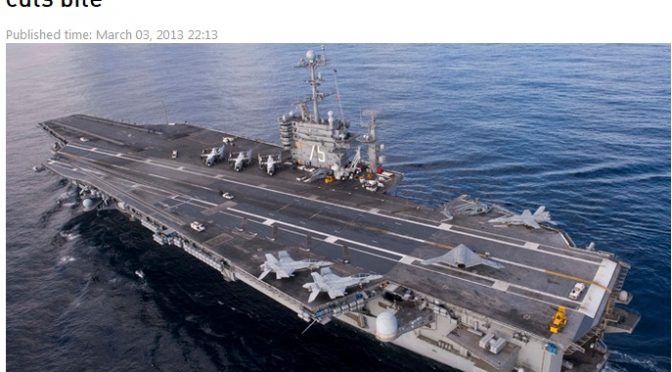 When banksters were jumping off the sinking ship early last year, there was a bit of a celebration from those who were awakened enough to understand what’s really going on. But for those who have fallen asleep for so long, it is as if nothing really happens.

Then all of a sudden, a Vatican bombshell exploded unexpectedly. The White Pope vacated his throne on flimsy alibis, a first in 600 years. This Earth shocking event is punctuated by a lightning strike at the top of the cathedral dome, i.e. Eye of Horus, few hours after the announcement.

Now, everybody is asking the question why. The old media, as always, is quick to respond and blame that it is the sex maniacs within the holy organization that compelled the pontiff to do so. More sophisticated organizations claimed he was fired by the Knights of Malta and the Black Pope.

What is happening in the Vatican is a massive implosion that will continue to become visible in a matter of days. There is at this moment a major power play between the old 13 bloodlines that used to control the major institutions of this planet. The reported assassination attempt on Lizlie by the Black Pope is just the tip of the iceberg.

The Empire, as it is very clear now, is busy defending its dominion from multi-dimensional attacks. Contrary to what Veterans Today would like to paint into our gullible minds, the myth of invulnerability is shattering by the minute as more and more people are beginning to wake up and have finally see the truth in the theories forwarded decades ago by the likes of Bill Cooper, Jordan Maxwell, et al.

The recent guilty verdict by the first International Common Law Court against a major section of the Dark Cabal, provided a lawful instrument for the people, by which these minions of Satan can be incarcerated for crimes of genocide, among other monstrous crimes against humanity.

As of March 5, 2013, everyone is now authorized to arrest any of the thirty convicted criminals. Below is the International Citizens’ Arrest Warrant that should be brought along by the arresting persons or groups when performing the arrests: 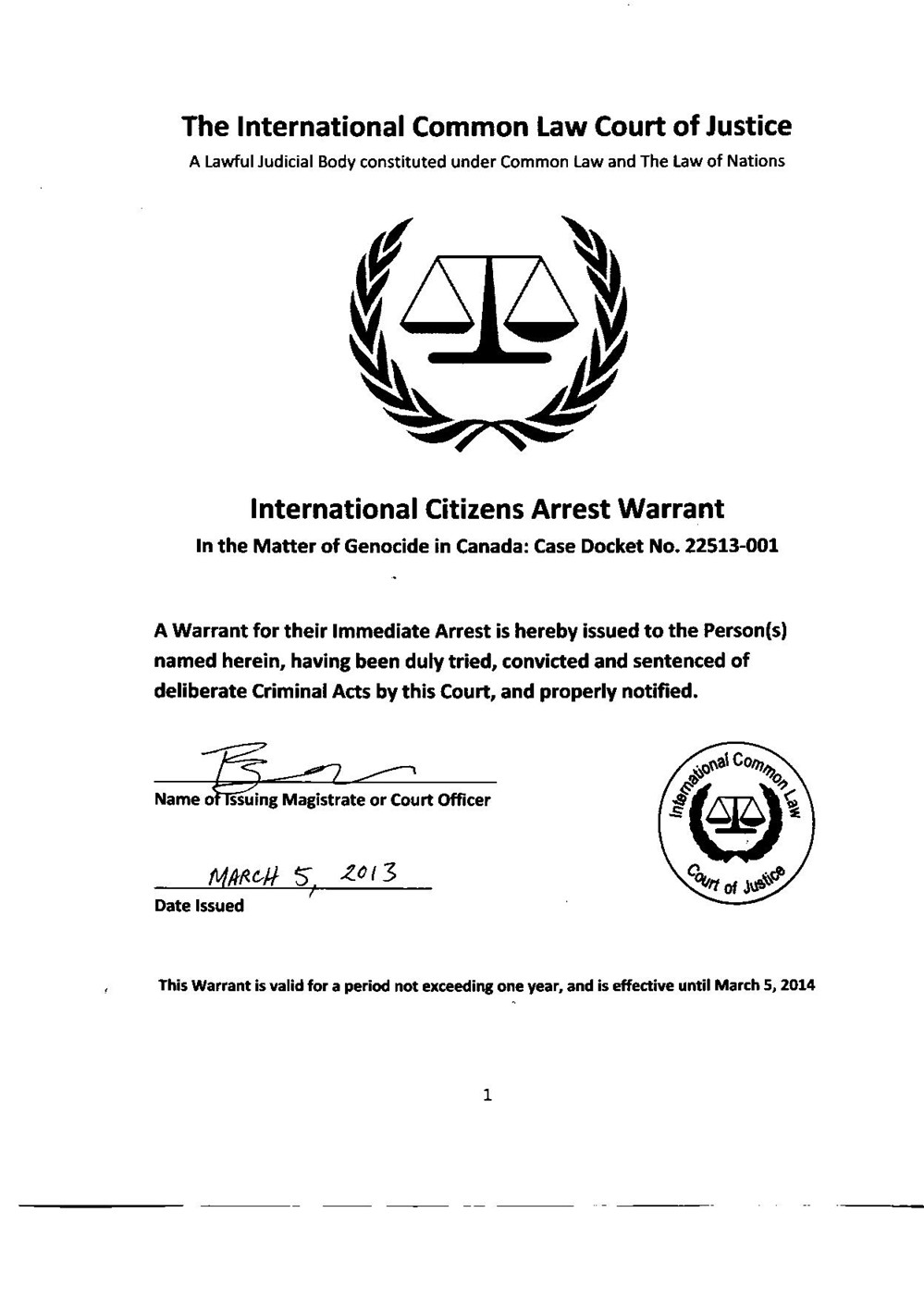 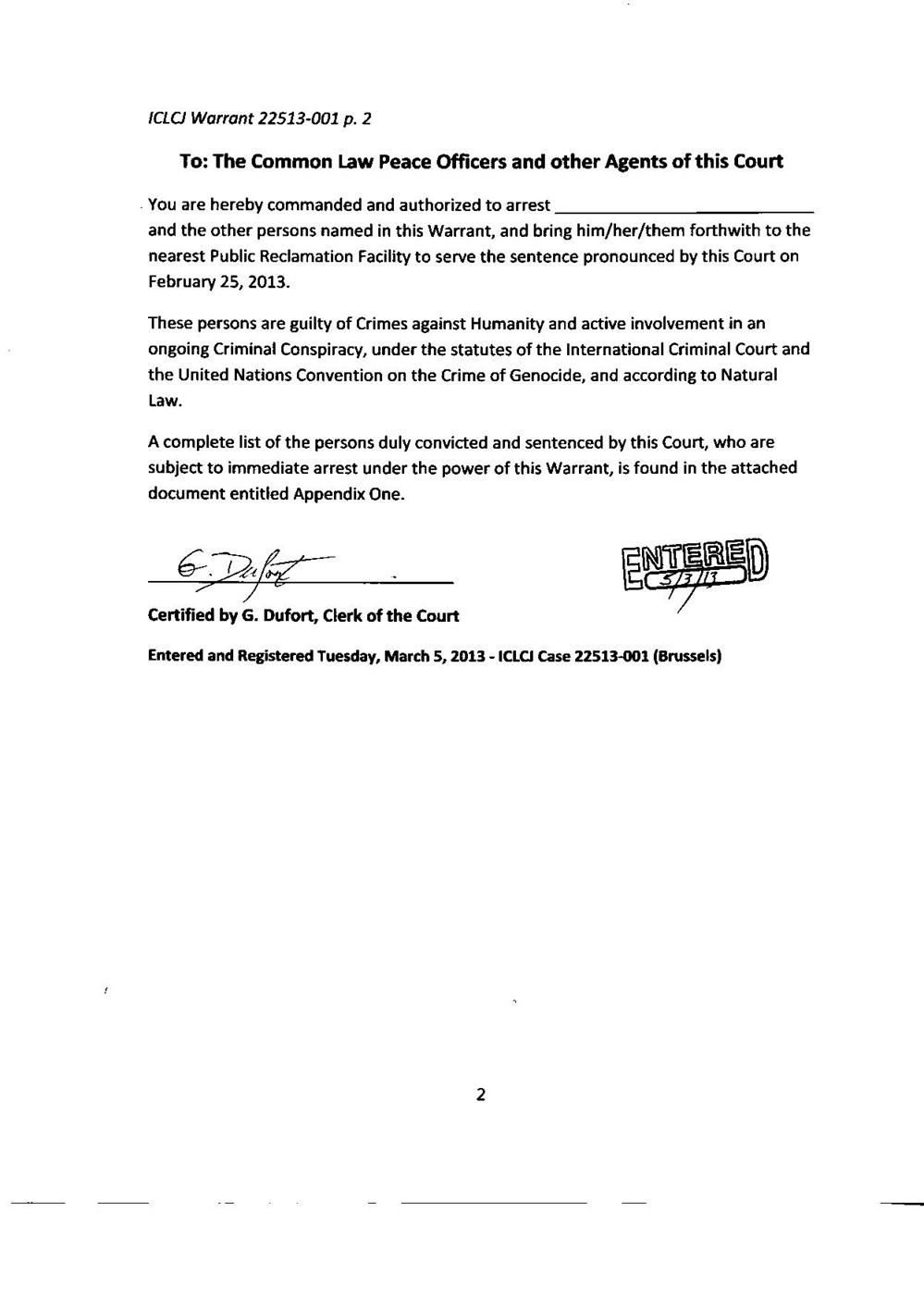 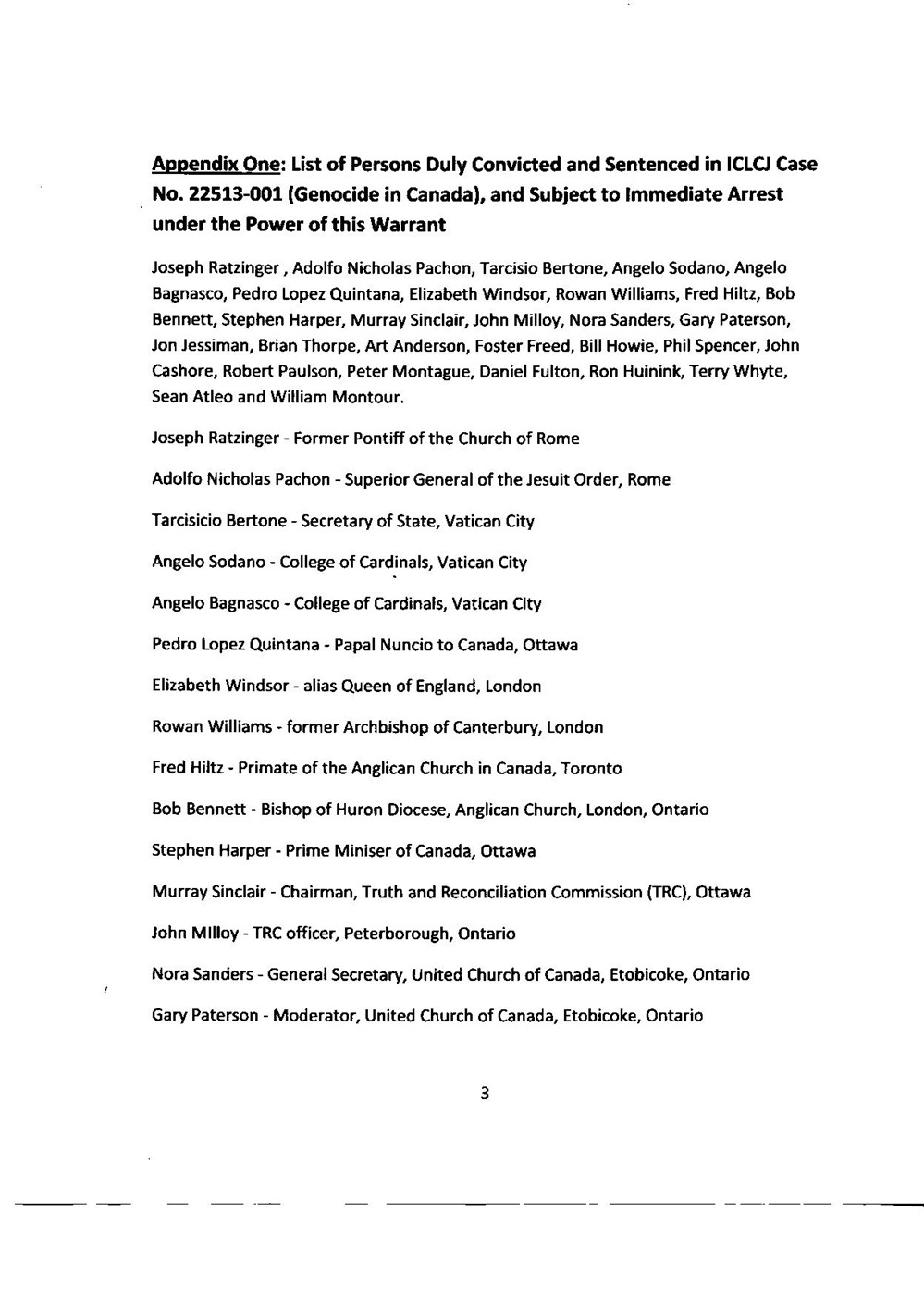 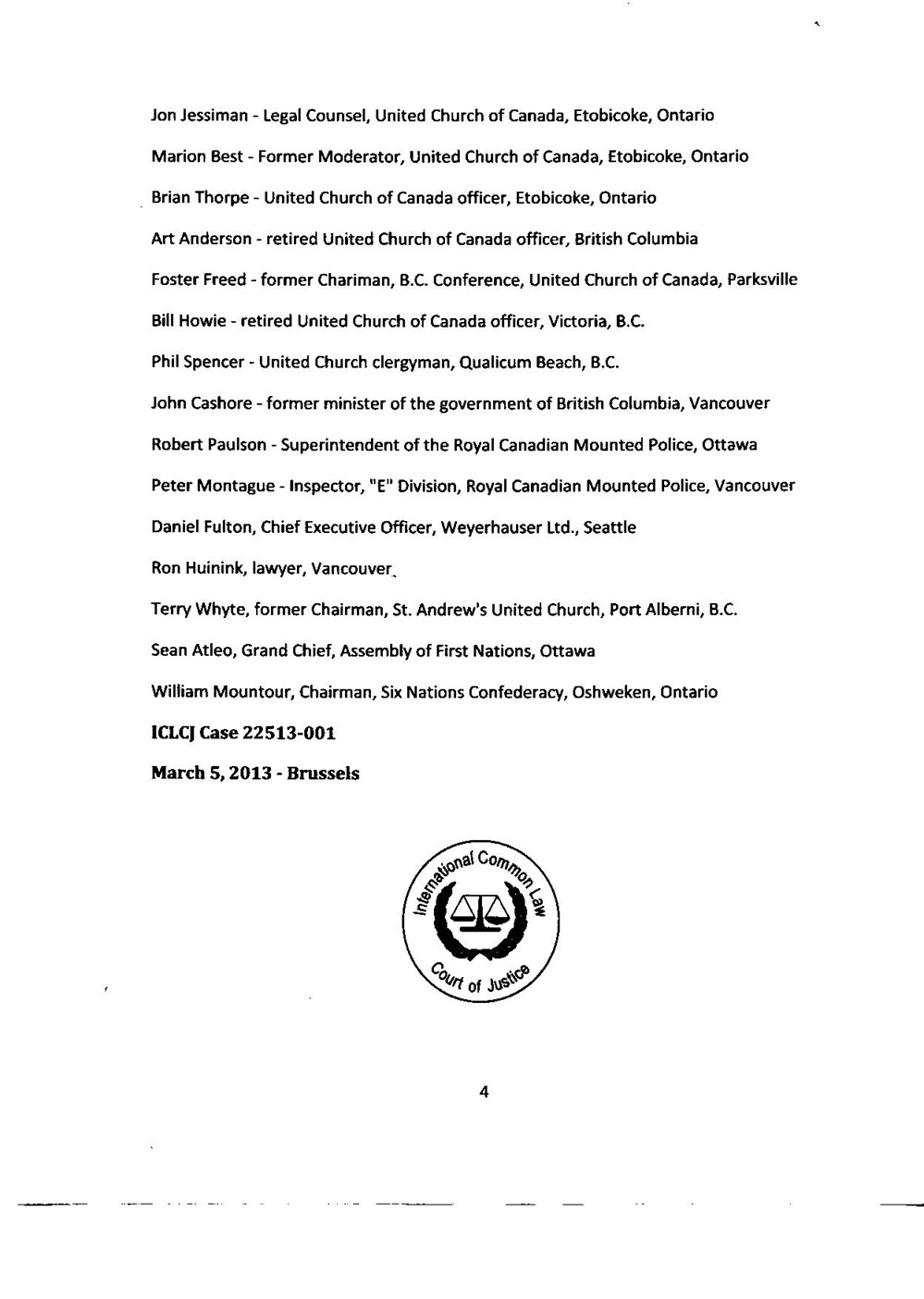 To have a better insight of the guilty verdict against the Crown and the Cross, and what’s to come in just a few days from now, I would strongly invite everyone to download this video from Quantum Leap TV.

This is a conference call between Johnny Guzman [anchor], Santos Bonacci, Kate of Gaia, Tony Z, and the man of the hour, Rev. Kevin D. Annett, of ITCCS.org.

The mantra of smoke and mirrors, and the old school of divide and conquer, they are not working anymore. Even the words of the so-called lightworking community are being carefully scrutinized right now. No longer is the word of another is accepted as the cardinal truth.

The beauty of what’s to come is that the people will begin to realize that not only have they been lied to, they will see the need to do something. They would understand that those people who have pioneered the freedom movement can’t do it alone. They needed everyone. And once this self-recognition of the need to participate comes and translate into concrete actions, the final nail to the coffin for the old system is effectively hammered into.

But we need to continue to inform as many people as possible without expecting them to understand the first time. All we need to do is point them to the right information, and let them progress at their own pace. Encourage them to do their own research and verify the information that explains what’s really going on. Evolution is never simultaneous.

Across the globe, there are news items that should have raised the curiosity of the mainstream mindset.

The old media would explain the reduction of American fleets in Persia as due to budget cuts, but they wouldn’t explain why Congress and the White House resorted to these austerity measures like their European counterparts.

Ben Fulford has been telling us that Pentagon WhiteHats are cooperating on the Asian Agenda for worldwide development and for the last two years, all we’ve been seeing is the saber rattling in the Persian Gulf. It is therefore another validation to his previous reports that the Pentagon is considering reduction of military hardware and personnel in the region.

There was also a recent study that the planned Missile Shield is totally useless. 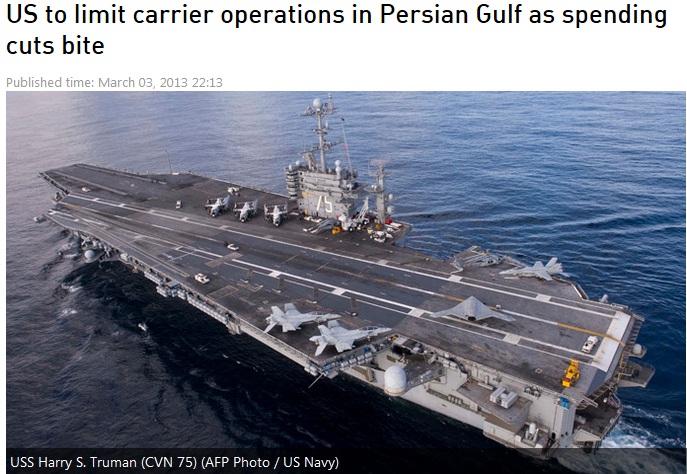 The new Chinese government assuming control this week is said to be a reformist and non-corruptible type. So far, we are seeing these assertions to be valid. The airing of the final minutes of criminal convicts on death row and the radically inspiring “V for Vendetta” are signs that this new government really mean business, literally and otherwise.

The recent visit of a Chinese general, who used to be more than ready to nuke US cities, to the Pentagon, which also planned to reciprocate the same high-level gesture, is a huge sign that the era of Perpetual Fear is ending and the Age of Peace and Harmony among men is close at hand. 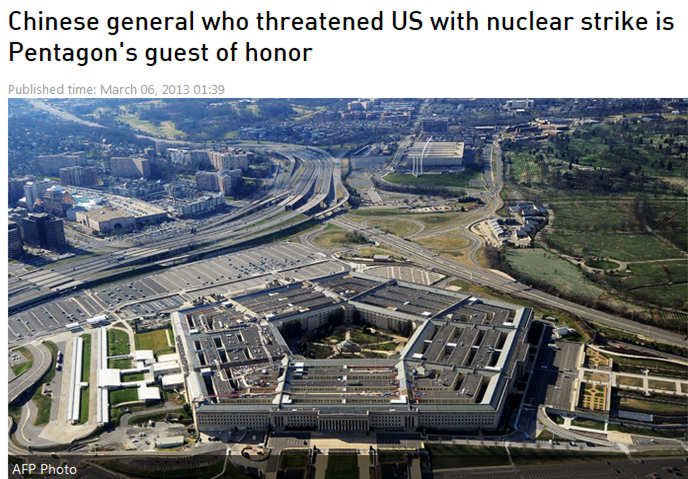 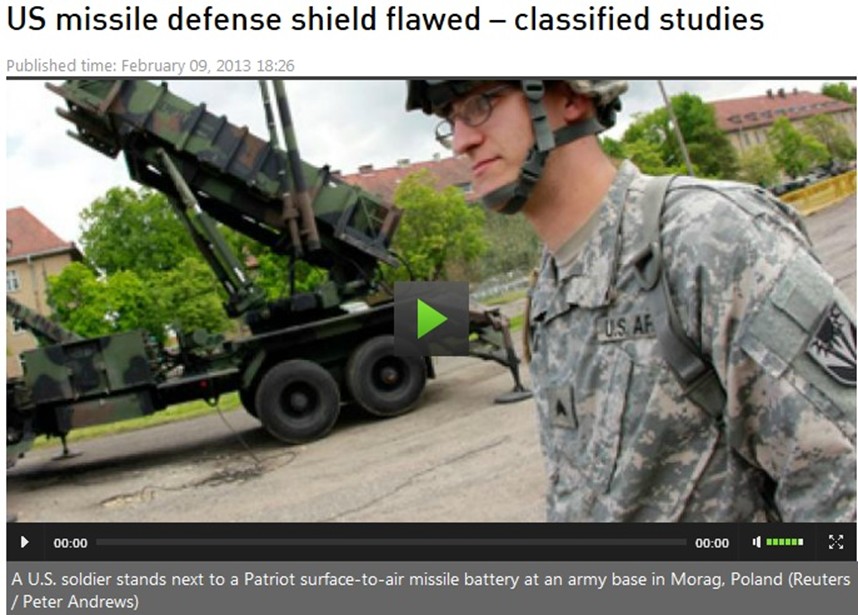 We have read that the Iranians were very successful in bringing down US drones, not just once but twice. But we only know now that it was MT Keshe’s technology that were used to perform those feats.

Corporate America is no longer a superpower. No country will ever be, especially when this simple and affordable technology is made accessible to the masses.

Also, MT Keshe forwarded a peace treaty, to all world leaders, that is enforceable at will through the use of allied technology that has been in the hands of the Iranians all along.

Such technology is now being used to protect Syrian airspace. That’s the reason why the CIA funded AlQaeda resorted to barbarism and in desperation snatched non-combatant Filipinos as hostages recently.

Indeed, the Pentagon is now seeing the futility of maintaining massive forces across the globe in light of this new technology, and its financial incapacity to do so.

The Empire is falling. Humanity is Rising.

An adviser to Syrian President Bashar Assad has thanked the BRICS nations for their support, which she said has prevented the “destruction” of Syria. “Thank God there is Russia and China and India and Brazil in the BRICS countries, who at least are introducing reason into what is happening in the international community,” Bouthaina Shaaban said in a statement. She also encouraged the nations to be more vocal in their support of stopping the violence. Russia and China have opposed using force or outside intervention to resolve the Syrian crisis, frustrating the US and its allies.

NASA broke federal law when it allowed two Chinese officials to visit Kennedy Space Center without notifying Congress, said a US congressman late on Thursday. Rep. Frank Wolf, who authored the legislation, said that NASA was required to give 14 days’ notice to lawmakers before allowing the entrance of any Chinese ‘official’ visitors. Wolf labeled it part of a troubling pattern of lapses in security at NASA centers. Chinese officials supposedly made two unauthorized visits to the Kennedy Space Center in Florida, in June and December 2012.

Syria’s opposition has been recently showing signs of readiness to begin negotiations without any additional requirements, such as the resignation of Syria’s President Bashar Assad, Russia’s Foreign Minister Sergey Lavrov told the BBC. “I am pleased to see constructive elements in the position of Syrian opposition”, he said. Lavrov’s interview comes before his visit to London next week for talks with UK Foreign Secretary William Hague. The Syrian crisis is predicted to be the top issue on the agenda. Lavrov stated that the main task now is for the international community to support these intentions to have a dialogue. He also noted that Moscow would like to get clarification from Syria’s Action Group on who supplies Syrian rebels with arms and how is this helping to demilitarize Syrian conflict. “We want some explanations: How exactly, on what exact routes the supplies which are heading towards the opposition could be checked,” Lavrov added.

12 thoughts on “Humanity is Rising ; The Empire Plummets”