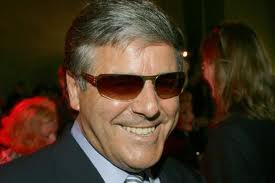 (A correction to our story of yesterday, “Neil Keenan Update: Global Financial Alert”: Josef Ackermann left his position with Deutschebank in May of 2012).

JAKARTA, April 7th, 2013 – Further confirmation of Ackermann’s gold-buying scheme has come to us here in Jakarta today from high-level sources, who report that Ackermann is working on a massive gold-acquisition project with United Bank of Switzerland and LLB of Lichtenstein, in an attempt to set up a new financial system in Asia. Given Ackermann’s status as a prime mover in the banking cabal and the notorious Bilderberger Group, and his key role in collapsing the financial system in Europe, our sources report that the cabal is intending to duplicate this disastrous result in Asia, using Asian central banks to turn countries into debt slaves, while raiding national assets. Indications are, however, that global partners are uniting to defeat this effort.