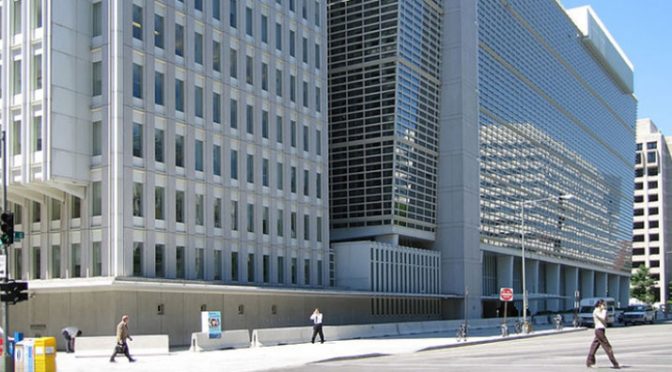 We already knew that the “dice is loaded”, but it is quite different when we got confirmation from the inside. A World Bank insider has come out to tell a story about why we need to destroy Fractional Banking altogether.

A former insider at the World Bank, ex-Senior Counsel Karen Hudes, says the global financial system is dominated by a small group of corrupt, power-hungry figures centered around the privately owned U.S. Federal Reserve. The network has seized control of the media to cover up its crimes, too, she explained. In an interview with The New American, Hudes said that when she tried to blow the whistle on multiple problems at the World Bank, she was fired for her efforts. Now, along with a network of fellow whistleblowers, Hudes is determined to expose and end the corruption. And she is confident of success.

Citing an explosive 2011 Swiss study published in the PLOS ONE journal on the “network of global corporate control,” Hudes pointed out that a small group of entities — mostly financial institutions and especially central banks — exert a massive amount of influence over the international economy from behind the scenes. “What is really going on is that the world’s resources are being dominated by this group,” she explained, adding that the “corrupt power grabbers” have managed to dominate the media as well. “They’re being allowed to do it.”

According to the peer-reviewed paper, which presented the first global investigation of ownership architecture in the international economy, transnational corporations form a “giant bow-tie structure.” A large portion of control, meanwhile, “flows to a small tightly-knit core of financial institutions.” The researchers described the core as an “economic ‘super-entity’” that raises important issues for policymakers and researchers. Of course, the implications are enormous for citizens as well.

Hudes, an attorney who spent some two decades working in the World Bank’s legal department, has observed the machinations of the network up close. “I realized we were now dealing with something known as state capture, which is where the institutions of government are co-opted by the group that’s corrupt,” she told The New American in a phone interview. “The pillars of the U.S. government — some of them — are dysfunctional because of state capture; this is a big story, this is a big cover up.”

At the heart of the network, Hudes said, are 147 financial institutions and central banks — especially the Federal Reserve, which was created by Congress but is owned by essentially a cartel of private banks. “This is a story about how the international financial system was secretly gamed, mostly by central banks — they’re the ones we are talking about,” she explained. “The central bankers have been gaming the system. I would say that this is a power grab.”

The Fed in particular is at the very center of the network and the coverup, Hudes continued, citing a policy and oversight body that includes top government and Fed officials. Central bankers have also been manipulating gold prices, she added, echoing widespread concerns that The New American has documented extensively. Indeed, even the inaccurate World Bank financial statements that Hudes has been trying to expose are linked to the U.S. central bank, she said.

The shadowy but immensely powerful Bank for International Settlements serves as “the club of these private central bankers,” Hudes continued. “Now, are people going to want interest on their country’s debts to continue to be paid to that group when they find out the secret tricks that that group has been doing? Don’t forget how they’ve enriched themselves extraordinarily and how they’ve taken taxpayer money for the bailout.”

As far as intervening in the gold price, Hudes said it was an effort by the powerful network and its central banks to “hold onto its paper currency” — a suspicion shared by many analysts and even senior government officials. The World Bank whistleblower also said that contrary to official claims, she did not believe there was any gold being held in Fort Knox. Even congressmen and foreign governments have tried to find out if the precious metals were still there, but they met with little success. Hudes, however, believes the scam will eventually come undone.

“This is like crooks trying to figure out where they can go hide. It’s a mafia,” she said. “These culprits that have grabbed all this economic power have succeeded in infiltrating both sides of the issue, so you will find people who are supposedly trying to fight corruption who are just there to spread disinformation and as a placeholder to trip up anybody who manages to get their act together.… Those thugs think that if they can keep the world ignorant, they can bleed it longer.”

Of course, the major corruption at the highest levels of government and business is not a new phenomenon. Georgetown University historian and Professor Carroll Quigley, who served as President Bill Clinton’s mentor, for example, wrote about the scheme in his 1966 book Tragedy And Hope: A History Of The World In Our Time. The heavyweight academic, who was allowed to review documents belonging to the top echelons of the global establishment, even explained how the corrupt system would work — remarkably similar to what Hudes describes.

“The powers of financial capitalism had a far-reaching aim, nothing less than to create a world system of financial control in private hands able to dominate the political system of each country and the economy of the world as a whole,” wrote Prof. Quigley, who agreed with the goals but not the secrecy. “This system was to be controlled in a feudalist fashion by the central banks of the world acting in concert by secret agreements arrived at in frequent private meetings and conferences. The apex of the system was to be the Bank for International Settlements in Basel, Switzerland, a private bank owned and controlled by the world’s central banks which were themselves private corporations.”

But it is not going to happen, Hudes said — at least not if she has something do to with it. While the media are dominated by the “power grabber” network, Hudes has been working with foreign governments, reporters, U.S. officials, state governments, and a broad coalition of fellow whistleblowers to blow the entire scam wide open. There has been quite a bit of interest, too, particularly among foreign governments and state officials in the United States.

Citing the wisdom of America’s Founding Fathers in creating a federal system of government with multiple layers of checks and balances, Hudes said she was confident that the network would eventually be exposed and subjected to the rule of law, stopping the secret corruption. If and when that happens — even if it may be disorderly — Hudes says precious metals will once again play a role in imposing discipline on the monetary system. The rule of law would also be restored, she said, and the public will demand a proper press to stay informed.

While Hudes sounded upbeat, she recognizes that the world is facing serious danger right now — there are even plans in place to impose martial law in the United States, she said. The next steps will be critical for humanity. As such, Hudes argues, it is crucial that the people of the world find out about the lawlessness, corruption, and thievery that are going on at the highest levels — and put a stop to it once and for all. The consequences of inaction would be disastrous. 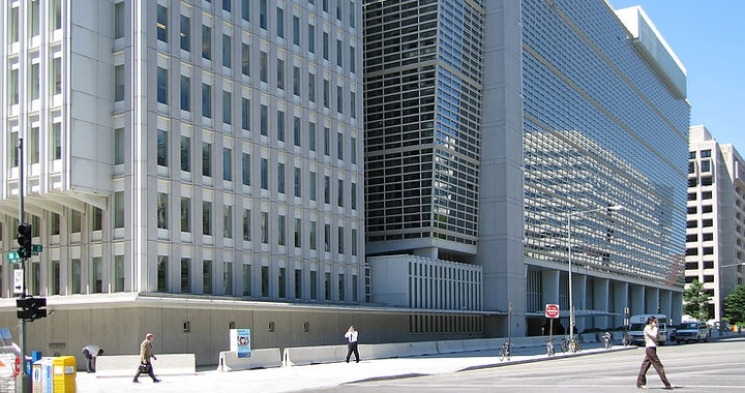 Alex Newman, a foreign correspondent for The New American, is currently based in Europe. He can be reached at [email protected].