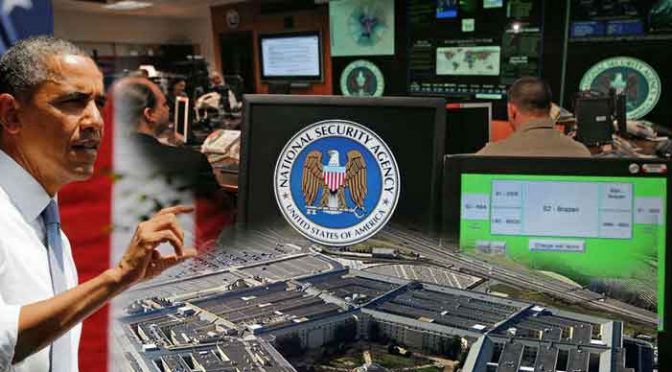 Saint Obama of the Digital Inquisition:

Before taking questions, Christ opened with a brief statement.

“I am pleased to report that God is thrilled with the National Security Agency, the Pentagon and its Defense Industrial Base, the Telecommunications Industry, and those marvelous 21st Century Towers of Babble–Facebook, Twitter and Google. God notes that it is clearly a miracle (of His own doing, of course) that the decades long state and corporate alliance to firmly plant God’s presence in the minds of his American Judeo-Christian children has finally borne fruit.

I am authorized to report that God has instructed the Pope in Rome that President Barack Obama is to be Canonized as Saint Obama of the Digital Inquisition.”

Christ said that God opined, “’Why it is a return to the Medieval Consciousness! What joy! Every human being under My total, non-dualistic dominion once again. I am alight and burning bright within the minds of all once again.’ God reminds the human species that He is once again omnipotent, omniscient, omnipresent in the bathroom, bedroom, war room, boardroom, courtroom, SCIF, bunker, SSBN, and, of course, the International Space Station. The National Security Agency, Lockheed Martin, Booz Allen Hamilton, the Pentagon, ATT, Sprint and so many others are commended for putting the Fear of God; really the Fear of God’s Mystical Surveillance powers back on track. The implementation of technological miracles like PRISM, TRAPWIRE, innovations in packet sniffing, fiber optic taps, and SIGINT (all inspired by God, of course) have ‘resurrected and cemented the God-State-Corporate alliance with Me, God, as unquestioned authority.’”

Christ stated that “God works in mysterious ways. Who else do you think controls the electromagnetic spectrum, gravity, thermodynamics, synapses, neurons. You can call God the NSA, CIA, PRISM, Big Data, Tempora or whatever silly name you want, but that’s just evidence of God’s good work. You all have made the human mind more susceptible to His will than at anytime in humanity’s existence. God thinks; no, He knows that the vast majority of citizens in the Holy American Judeo-Christian Empire will set aside their individuality and this ‘nonsense called free will’ and henceforth, in a blessed moment of uncertainty, ask Is God-NSA listening in? Can God see me when I am sleeping? Can God see my anti-God dreams (punishable, of course)? Oh what joyful compliance will ensue when war and austerity are the norm!”

Christ said that he was authorized to disclose that Dante is rotting in Hell for arguing for the breakup of God or the need for two competing rulers: one Earthly, one Heavenly. God points out that the insidious souls of the Renaissance Era are also living in flames with Dante, as will Snowden, Ellsberg, Assange, Edmonds, and related scurrilous souls.

Christ reminded the Apostles—rather, the assembled White House Press Corps–that in the Gospel of Matthew (it’s on the record, not classified), that he had mentioned that he showed up not to necessarily bring peace but to set Son against Father, Daughter against Mother, and Friend against Friend. He mentioned this in response to a question on Saint Obama of the Digital Inquisition’s anti-whistle blower Insider Threat Program applicable to all of the Holy American Judeo-Christian Empire (Christ said it is designed on “private sector research”). He said that Insider Threat Program was a fine example of what he was talking about in Matthew. “The Insider Threat Program—in combination with NSA/Corporate surveillance activities—are what God calls ‘God, ME, on Earth Programs (GMEP).’ The synergistic effect is that no human being ever again will engage in any communication whatsoever—even with one’s self on the toilet or with a mistress in bed—without wondering if the thoughts are being harvested, filmed and stored by God’s agents.

If you all really believe “In God We Trust”, then you have nothing to worry or even think about. Trust the Servants of God,” said Christ.

John Stanton is a Virginia based write specializing in national security. God vetted this article. Reach him at [email protected]

One thought on “God is Thrilled with NSA”