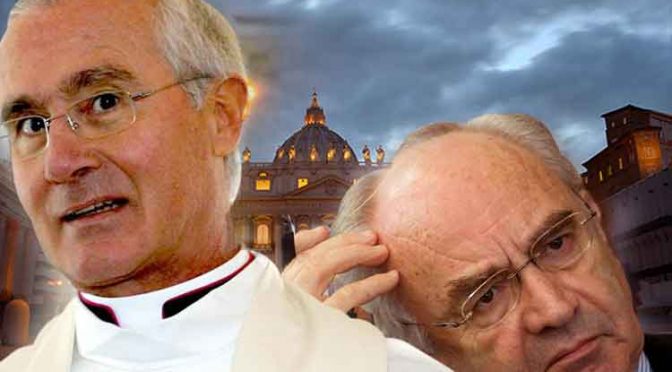 As an update to this series, we would like to post these recent additions to the list of casualties on the part of the Cabalists in the ongoing financial wars that we will look back someday as the turning point in humanity’s dark history.

Last week, there were few top level Cabalists’ resignations including those from the Vatican Mafia, and days ago, that of DHS Janet Napolitano. This could only indicate a continuing disarray among the dark operators of the world. 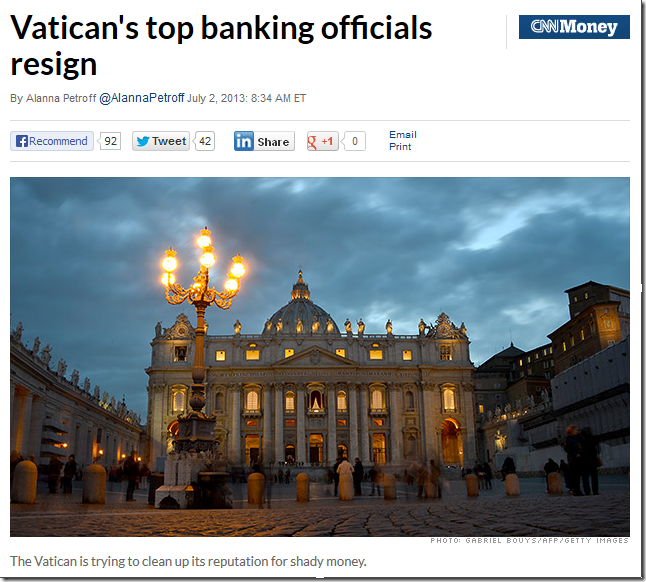 Two top officials at the Vatican bank have resigned as the Holy See comes under growing pressure to clean up its finances.

Director Paolo Cipriani and his deputy Massimo Tulli resigned this week as Italian prosecutors continue a three-year investigation into the bank, formally known as the Institute for the Works of Religion.

The investigation led to the arrest last week of a Vatican official, a financial broker and a former secret service police officer over an alleged attempt to smuggle millions in cash into Italy, according to Rome’s prosecutor.

The Vatican made no reference to the arrests or investigation when announcing the resignations but stressed the need to accelerate efforts to repair the bank’s reputation.

“Since 2010 the [Vatican bank] and its management have been working hard to bring structures and processes in line with international standards for anti-money laundering,” said Vatican bank President Ernst von Freyberg in a statement. “It is clear today that we need new leadership to increase the pace of this transformation process.” 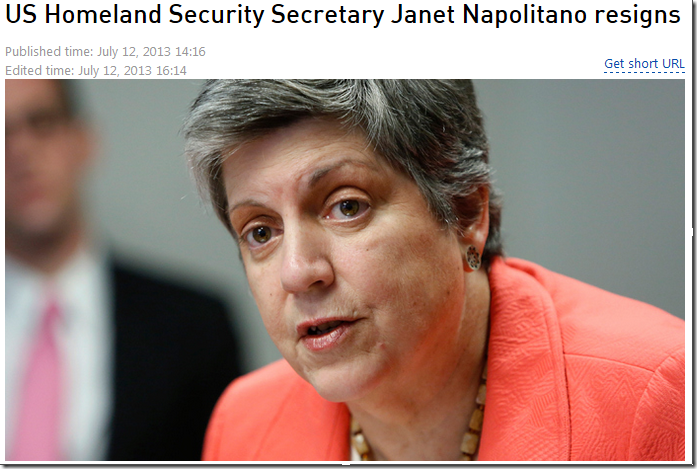 Following an initial report from Reuters suggesting Sec. Napolitano was set to resign, the Los Angeles Times reported early Friday that the former two-term governor or Arizona will exit her role with the Obama administration in lieu of job that will give the UC system their first female head in its 145-year history.

Napolitano is presently only the third person to serve as Homeland Security secretary, a position created by George W. Bush following the terrorist attacks of September 11, 2001. Napolitano has held that rank since January 2009 when she was appointed at the start of President Barack Obama’s first term as commander-in-chief.

WE must continue on whatever we do that supports the ongoing takedown against the Cabalists. If you think you’re too small to make a dent on the enemy, just watch what a single mosquito can do to ruin your vacation in the tropics.

We can all be Snowden, Manning or Assange in our own little way.

One thought on “Massive Resignations 7.0”