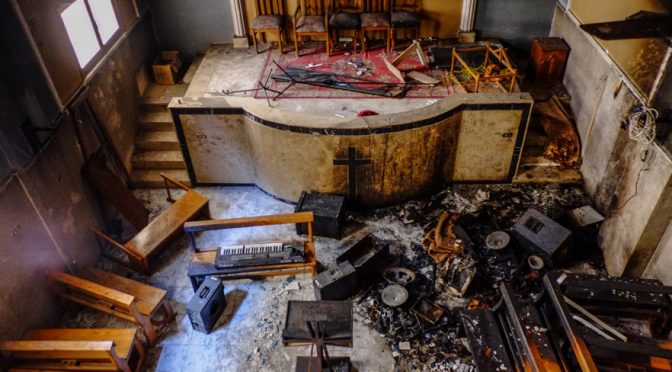 The Gods of Political Intrigue, i.e. Jesuits, are hard at work again. Alarmed at the unprecedented number of those who toppled their one-year old Morsi government; they are now playing a subtle game that would ultimately result to another Syria, or so they are hoping.

The motivation to overturn the gains of the Egyptian Revolt is a matter of life and death to the Cabal. Transforming Egypt into another Syria, in a bigger scale, may turn the region into a powder keg for the final nuclear Armageddon as they have been planning with Iran thru the Syrian turmoil which they have also instigated through CIA-Al Qaeda false flags. This is just a desperate move on their part as their underground DUMBs are already shutdown through the use of sonic and suitcase nuclear weapons by on and off-world allies.

On the ground, the CIA/Muslim Brotherhood is also taking the game a notch higher by employing Hollywood methods in an attempt to fool the world…

This action is in concert with the US/UK’s “fixing of the intelligence around an objective.”

The desperation of the Cabalists can be measured from their repeated use of bioweapons in Syria on which the mainstream mouthpieces blamed on Syrian Government and the burning of Christian churches in Egypt to instigate a religious war.

This had been the tried and tested method of sowing deeper discord among rival factions. It is still being used today. More than that, the use of bioweapons allegedly by Syrian Army will serve as a pretext for the Cabalists forces to topple Assad through a full scale military attack. But nobody, except the liars themselves, are incline to believe these false flags anymore.

The Cabalists have no other choice but to step in now that the Syrian government is regaining its country back, step by step and region by region. While the rebels have lost some of their big allies in the region, notably, the Muslim Brotherhood with Morsi.

Hijacking the Egyptian Revolution is like hijacking the fate of the whole world to which we cannot allow to succeed. It is in the best interest of humanity to help unify Egypt through our individual and collective efforts.

We must let them know that the world is watching them as we are watching the people of Gaza and Syria, Iraq and Afghanistan, and so many other countries like them, all falling to the venom of political intrigue that the Black Operators successfully managed to inject through the aid and deceptions of local opportunists.

We must understand that the Revolution that the two Egyptian factions fought were genuine in the hearts and minds of its people, but not so within their respective leaderships, especially in the case of the Brotherhood hierarchy.

It is very clear now that the real objective of the Arab Spring was to install absolute CIA dominated governments in the region. They have been successful with Libya and Egypt under Morsi, and are in the process of installing another in Syria, where the alliance of the CIA and Al Qaeda can no longer be denied.

This has always been the case all over and throughout history because those at the highest echelons of our society always think they know better than the rest. That may be an accurate presumption before the age of the internet, when they had exclusive access to relevant information.

The deception known as democracy conquered the East during the last century. With it, preselected intellectuals were thrown into congressional arenas on a periodic basis to create the illusion that your one vote is all it takes to influence the collective future of the country.

If the majority is dumb, the outcome is a dumb vote and the will of the politicians, and ultimately, the whims of the Corporation who own these white-collared puppets will definitely take precedent.

The devil works in mysterious, nay devious ways. With the aid of the conscripted intellectual elites, the Corporation is able to control the whole global affairs literally at their fingertips.

Stealthily, they have managed to install the following:

The list of the Corporation’s horrendous accomplishments is almost endless. But they can be summarized by its insidious ultimate goal of eliminating everyone they considered as “useless eaters”. They have reached this point through the cooperation of the traitors.

Puppets are usually pulled from a cadre of questionable background, or when if not, one is created for in such a way that it is easy to manipulate them later on. 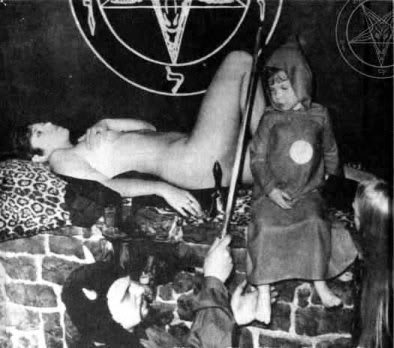 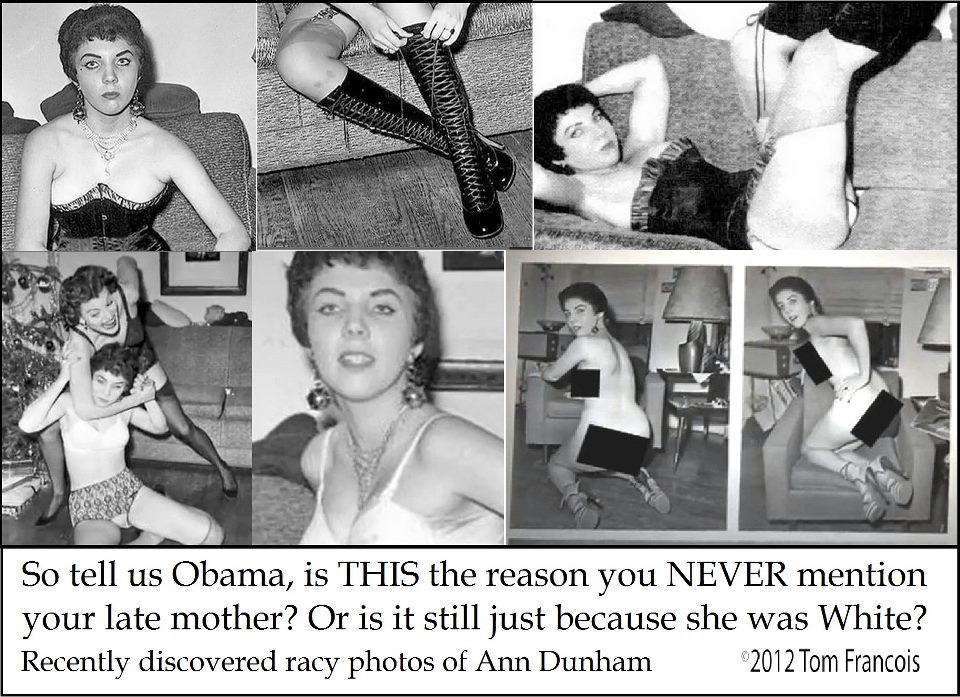 That’s been the case of so many puppets being groomed for “public service” with the exception of John Kennedy with Marilyn Monroe, who later realized their humane side and decided to turn against the Establishment by planning to implement worldwide development through the use of the Global Collateral Accounts that eventually costs their lives. 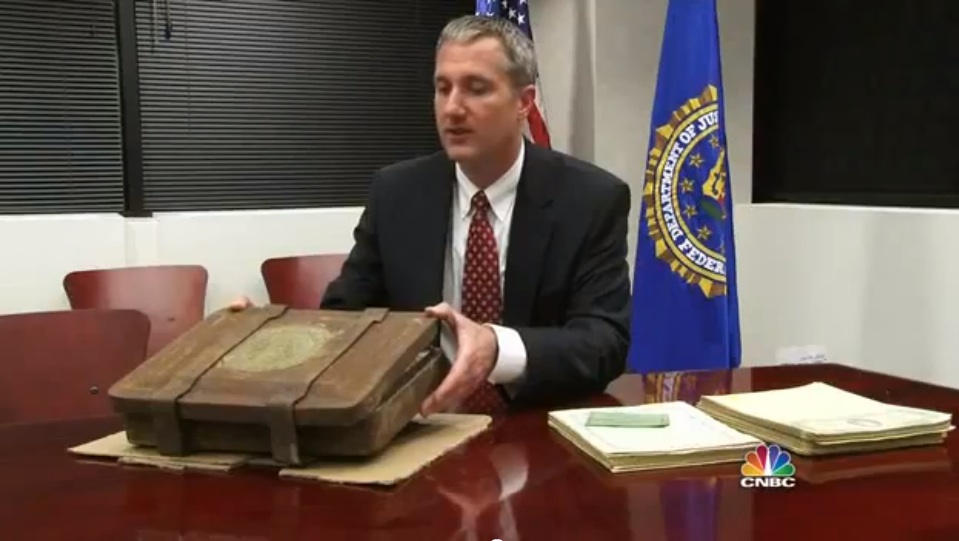 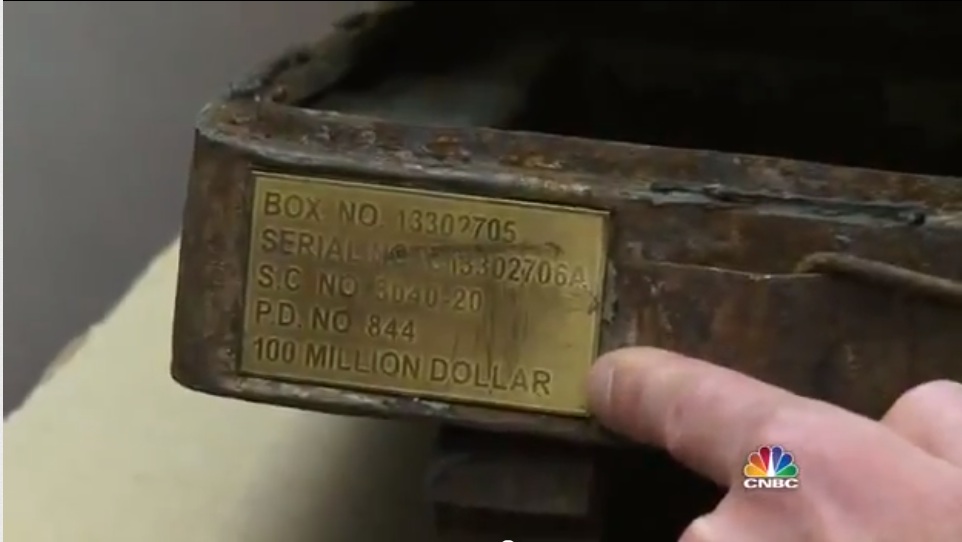 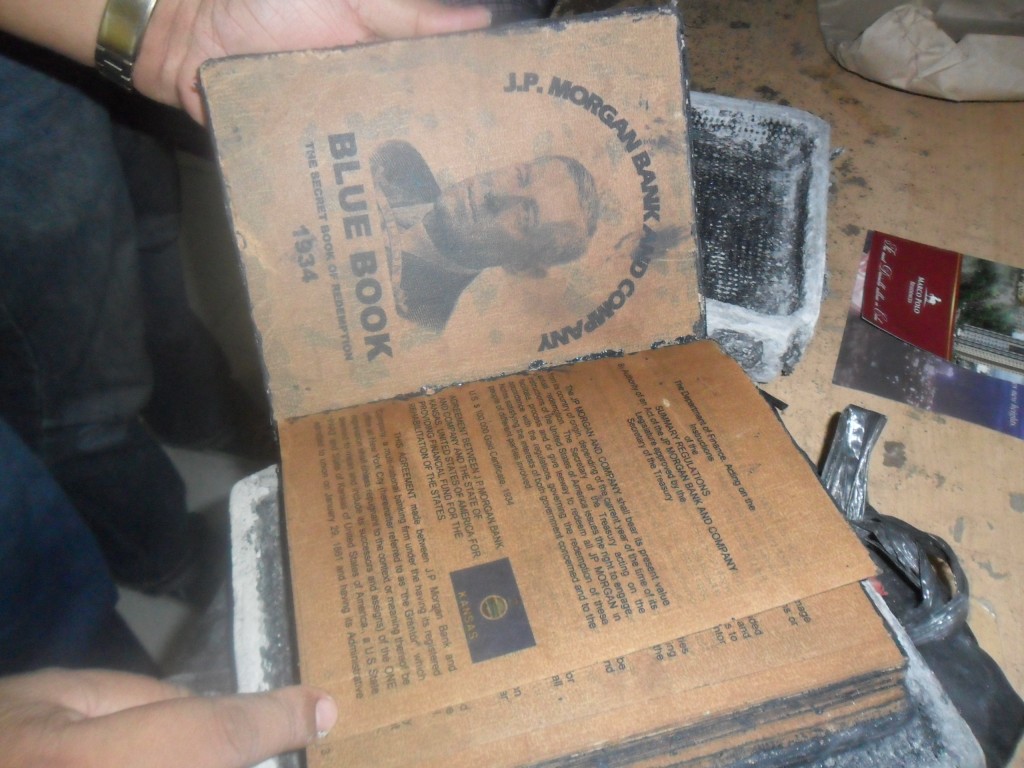 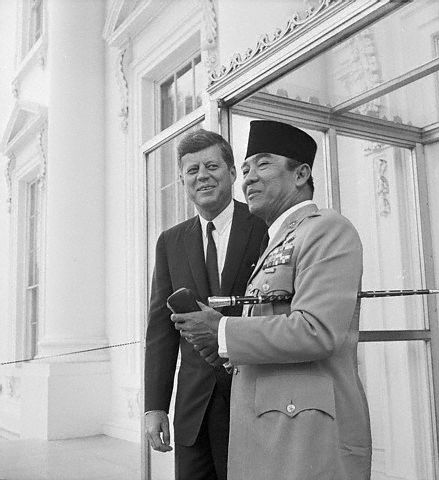 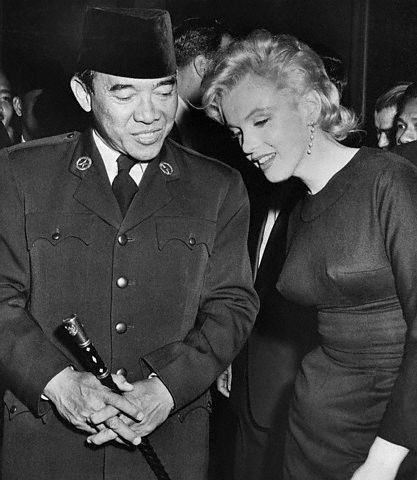 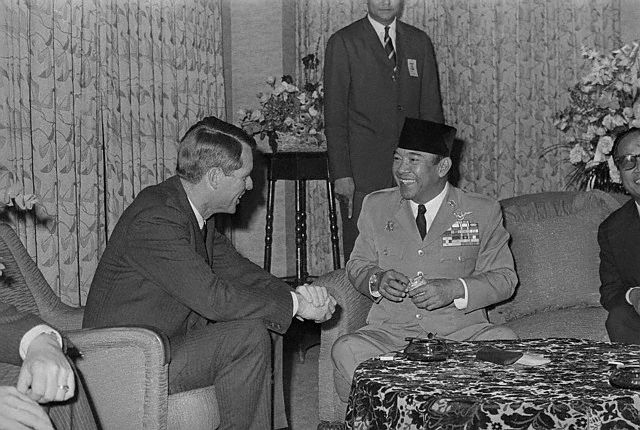 Once fully understood, the Egyptian Revolution could inspire much bigger uprisings around the world as have been the case for the last two years, or so. The next uprising is probably bigger than the Egyptians’. Our only wish is that: a sizeable portion of the American public will join the rest of the world this time.

The time for dreaming is over. It is high time for some action, definitively. Online protests are as good as street marching and chanting, but are the devils coming down yet?

The true enemies of the state need more persuasive expression of public dissatisfaction. Online protests won’t do. In fact, online actions and street protests are merely “pressure valves” that absorb public anger and frustrations so that the whole system would not explode beyond their control.

That is the function of people like Alex Jones, Jesse Ventura, etc. They can take your anger away and instill in its place, a subconscious fear by projecting that their Jesuit masters are big and powerful, they can see everything you do, you simply can’t do anything.

Always remember, the Jesuits are the masters of mind control. They fully understood how the mind works and how to manipulate them. They can play any game in any imaginable situations and in any huge spans of time.

The OathKeepers’ laudable position of not following illegal orders is pathetically not enough. A passive activism is not activism at all. It is more like the biblical Pontius Pilate excuse of “I have nothing to do with it anymore, so I abstain from doing any further action.”

Just think about it: Why can’t the Pentagon do what the Egyptian military have just done? Are they asking for a higher price for their would-be participation much more than the Asians have already committed?

NOW IS THE TIME TO SHUTDOWN THE SLAVERY SYSTEM

Unwittingly or otherwise, we have built and supported a system that is turning on against us and we must make a strong statement, i.e. action, that its services are no longer needed.

It is time for the entire Establishment to take the exit door now. We can always survive without them. In fact, we can overturn the damage done in a span of 3 to 6 months including the total eradication of poverty once these BloodSuckers are all gone. 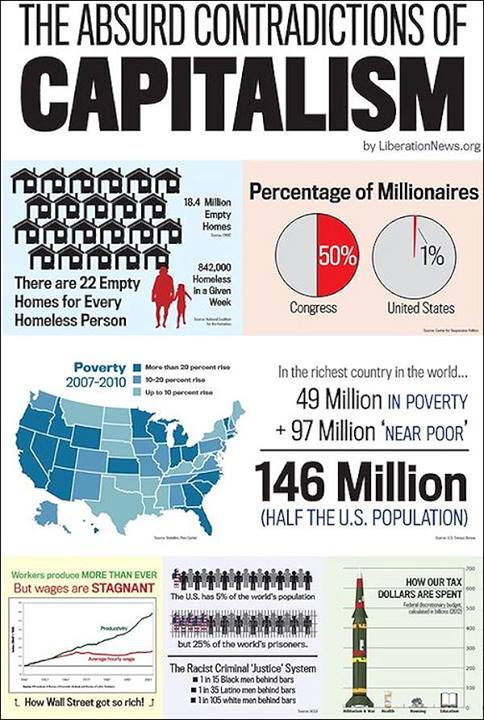 The only sane economic structure is one that allows unhampered access to all knowledge and resources so that a true level playing field is realized: where creativity and the willingness to serve and contribute to humanity’s advancement are the primordial badge of honor.

There is no greater satisfaction that can be had than to see one’s work improving the plight of the greater multitude in the field of science, economics, and spirituality.

All technologies and the required funding needed are already here, they just need to be released and implemented for the glory, not just of the few, but of the entire human species.

Here’s Marko Logan with a message to the Americans:

Message to the friendly American people

Egypt Facing Terrorism
http://www.youtube.com/watch?v=Al9p9W_dzeo
Egyptian people asked the U.S. government to cancel Financial Aid
We ask that the American people ordering Obama to cancel the money
We do not need a few dollars
Note : Obama is very careful not to cancel financial support to Egypt
Obama can not cancel financial support to Egypt
We have many resources, including the Suez Canal
We are against foreign intervention in Egyptian affairs
We love the Egyptian army and love Sisi

Brotherhood terrorists gathering to burn a church in Sohag
http://www.youtube.com/watch?v=6fWcbSjGEAs

Demonstration of the Muslim Brotherhood fired automatic weapons on buildings above the bridge ” 15 May ” in Cairo, Egypt

Muslim Brotherhood terrorists throwing a security armed vehicle from up a bridge, killing soldiers on it
http://www.youtube.com/watch?v=6l7XeYdELNA

Brotherhood terrorists torturing a police officer in the street
http://www.youtube.com/watch?v=5IyK04AOd_k 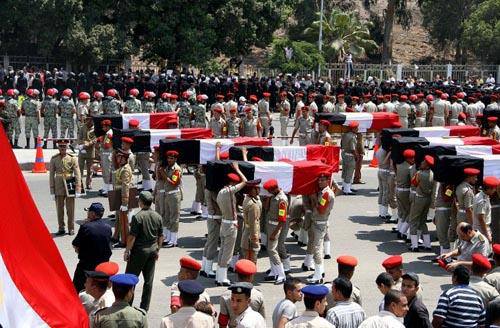