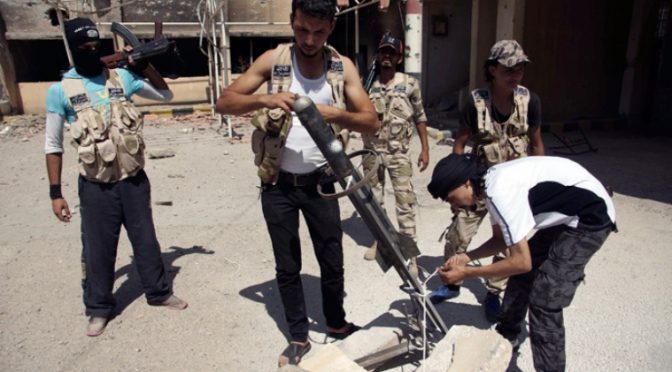 First there was this Red Cross, a humanitarian organization which can cross behind enemy lines during conflict of any magnitude. Why it can do so, is where Jordan Maxwell’s research comes into play.

The Red Cross is carrying the symbol of a cross because it was created by the same people that gave us the Vatican. The Red Cross’s function is laudable on the surface but once you consider where the funds it collected had gone for every disaster, manmade or otherwise, a darker picture will soon emerge.

Everybody knows Pope Benedict has resigned early this year, but not everyone knows that real cause of his resignation which is not some “mystical experience” but the exposure of the Vatican Bank’s involvement in mafia’s money laundering operations, among others.

Recent resignations include top Vatican officials, Director Paolo Cipriani and his deputy Massimo Tulli, “after the arrest of another Vatican official, a financial broker and  a former secret service police officer over smuggling cash in millions into Italy.”

So if the organization that created the Red Cross is declared a ‘transnational criminal syndicate” then the Red Cross itself is serving nothing else but the interests of the syndicate.

Most corporations have a department for public relations. They sometimes organized it as a foundation to avoid taxes. The Red Cross is not just about pleasing the public, but provides a mechanism through which CIA agents could penetrate the enemy beyond borders. Of course, everybody knows that already, so they formed another PR group known as the “Doctors Without Borders”.

The “evidence” from which all three corporations: United States, United Kingdom, United Nations. would like to justify their decade-planned military intervention regarding Syria is hinging on the claims of the “Doctors Without Borders” that it was the Syrian Army who perpetrated the chemical attack against their own people. The article below will shatter this story…

The “evidence” upon which the West is propping up its narrative of the Syrian government using chemical weapons against large numbers of civilians hinges so far entirely on claims made by “Doctors Without Borders.” In the New York Times article, “Signs of Chemical Attack Detailed by Aid Group,” it is reported:

An international aid group said Saturday that medical centers it supported near the site of a suspected chemical weapons attack near Damascus received more than 3,000 patients showing symptoms consistent with exposure to toxic nerve agents on the morning of the reported attack.

Of those, 355 died, said the group, Doctors Without Borders.

The statement is the first issued by an international organization working in Syria about the attack on Wednesday in the suburbs northeast of Damascus, the capital.

While it is often described by the Western media as “independent,” nothing could be further from the truth.

To begin with, Doctors Without Borders is fully funded by the very same corporate financier interests behind Wall Street and London’s collective foreign policy, including regime change in Syria and neighboring Iran. Doctors Without Borders’ own annual report (2010 report can be accessed here), includes as financial donors, Goldman Sachs, Wells Fargo, Citigroup, Google, Microsoft, Bloomberg, Mitt Romney’s Bain Capital, and a myriad of other corporate-financier interests.

Doctors Without Borders also features bankers upon its Board of Advisers including Elizabeth Beshel Robinson of Goldman Sachs.

Complicating further Doctors Without Borders so-called “independ” and “aid” claims is the fact that their medical facilities are set up in terrorist held regions of Syria, especially along Syria’s northern border with NATO-member Turkey.  In an interview with NPR, Doctors Without Borders’ Stephen Cornish revealed the nature of his organization’s involvement in the Syrian conflict, where he explains that aid is being sent to regions outside of the Syrian government’s control, and that his organization is in fact setting up facilities in these areas. Cornish admits [emphasis added]:

Over the past months, we’ve had a surgery that was opened inside a cave. We’ve had another that was opened in a chicken farm, a third one in a house. And these structures, we’ve tried to outfit them as best as we can with enough modern technology and with full medical teams. They originally were dealing mainly with combatant injuries and people who were – civilians who were directly affected by the conflict.

In other words, the Wall Street-funded organization is providing support for militants armed and funded by the West and its regional allies, most of whom are revealed to be foreign fighters, affiliated with or directly belonging to Al Qaeda and its defacto political wing, the Muslim Brotherhood. This so-called “international aid” organization is in actuality yet another cog in the covert military machine being turned against Syria and serves the role as a medical battalion.

The “hospitals” in Damascus being supported by Doctors Without Borders are in areas now under threat of being retaken by government forces, and it’s these facilities that the Western media is drawing on for “evidence” that first, a chemical attack took place, and second, that it was the government who carried it out. What the Western media is not telling their audiences, is that even Doctors Without Borders admits their own team members are not present at these medical facilities and have only been sending supplies to them – in other words, this evidence is hearsay emanating from terrorist held areas, merely dressed up and spun as actual evidence from a so-called “reputable” international organization.

In Doctors Without Borders’ own official statement, it was reported that:

Since 2012, MSF has built a strong and reliable collaboration with medical networks, hospitals and medical points in the Damascus governorate, and has been providing them with drugs, medical equipment and technical support. Due to significant security risks, MSF staff members have not been able to access the facilities.

It was further explained that:

“MSF can neither scientifically confirm the cause of these symptoms nor establish who is responsible for the attack,” said Dr. Janssens.

It is most likely hoped that the vast majority of those reading their news simply take the compromised Western media for their word and never bother to read what Doctors Without Borders actually is doing in Syria or what  they even really said regarding the most recent incident.

A similar routine was used in Libya where Human Rights Watch and Amnesty International spent their legitimacy attempting to create a pretext for Western military intervention there.

The corporations:  United States, United Kingdom, United Nations are all united to “fix the intelligence around their real objectives in Syria.” In contrast, the American public is not enthusiastic in going to war with Syria which would surely escalate to a war with Iran, which would invite Russia and China into the theater.

This is the very reason why we must shutdown the Corporation now. The motivation for profit and the lust for power are two outdated concepts which deter humanity’s advancement to its rightful place in the stars. These worthless notions must be replaced with the more noble pursuit of a greater understanding of the world we live in.

The Egyptians continue to amaze this writer… Please click on the image below to read the whole article. 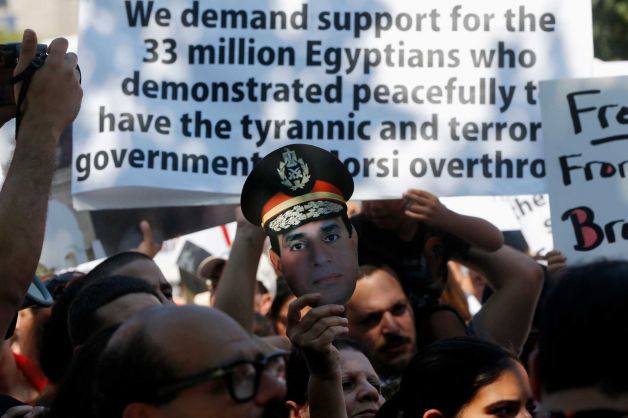