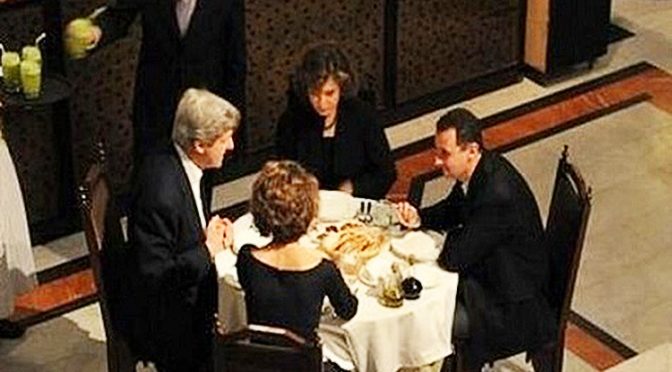 This is the beauty of the internet. One can share any information free from government control. Freedom of expression at its finest. A nightmare to the powers-that were 😉

Kerry is just been mentioned by Fulford as a “wife murderer”. Check it out here.

Here’s a good find about that guy from David Icke… 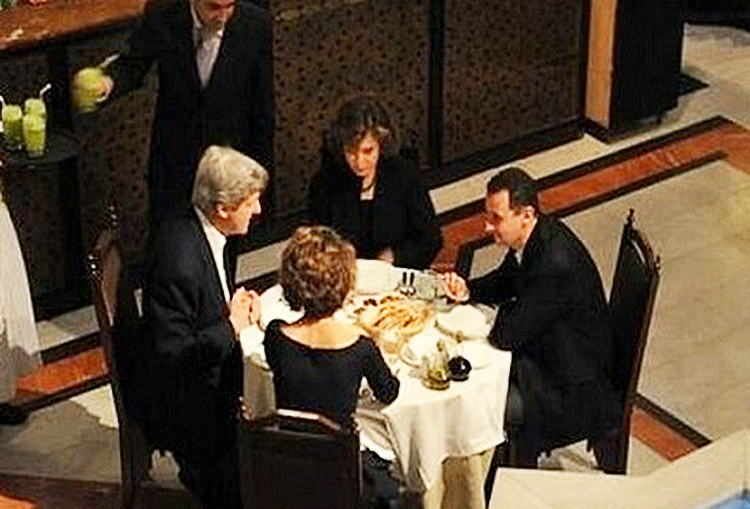 ‘Secretary of State John Kerry is calling for the overthrow and murder of his friend, Syria’s president Assad, claiming definitively that he used chemical weapons against his own people.

John Kerry was a frequent visitor of Assad’s over the last few years. Perhaps no one in U.S. politics knows him better than Kerry who was complimentary of Assad as short as 2 years ago when he referred to him as a “very generous man”.’ 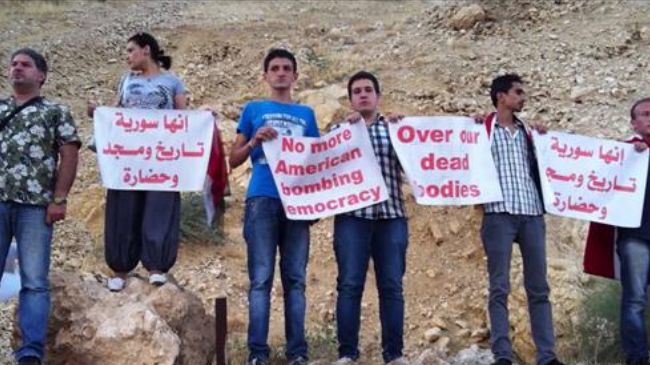 Syrians from all walks of life have joined a human shield campaign to help protect the country from potential foreign military action.

A group of people, including artists and athletes, participated in the campaign dubbed “Over our Dead Bodies” on Monday.

The participants are shielding key facilities in the capital, Damascus, pledging to stand their ground until the military threats are stopped or they are killed.

The organizers of the campaign said that they have received calls from all over the world asking for permission to join the movement.

The campaign comes as amid threats of foreign military intervention in Syria.