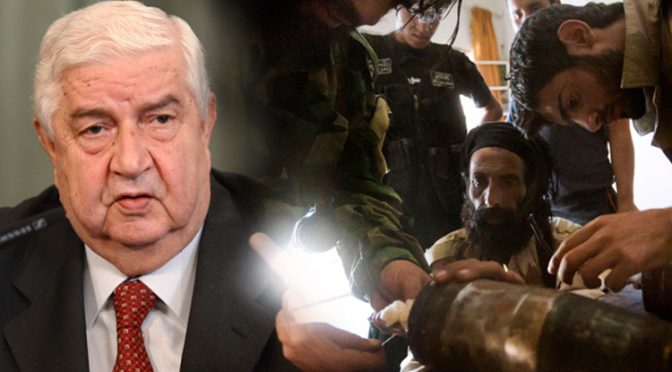 This is huge. The final pieces of the chessgame are being drawn.

Both Russia and Syria agreed to put Syria’s Chemical Arsenal into international control removing the Corporatists’ pretext for a nuclear exchange.

A false flag in Israel is already a long shot at this point in time. But who can control the desperate to act desperately?

Whatever the case maybe, this is already a checkmate for the Cabal. A mass arrest of about 30 thousand hardcore Cabalists can be expected soon.

Remember, both Syria and Iran have not attacked nor provoked any country whatsoever. 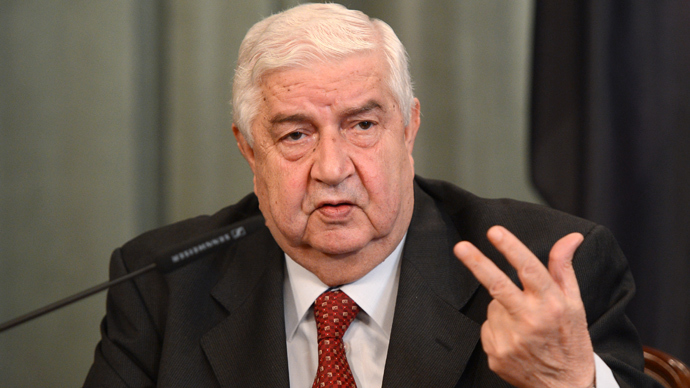 Damascus welcomes Russia’s call to hand control over its chemical weapons to the international community, the Syrian Foreign Minister said responding to Sergey Lavrov’s statement after the two met in the Russian capital.

“Syrian Arab Republic welcomes Russia’s initiative, based on the Syrian’s government care about the lives of our people and security of our country,” Syrian Foreign Minister Walid al-Muallem said in response to the statement by his Russian counterpart.

“We are calling on the Syrian authorities not only agree on putting chemical weapons storages under international control, but also for its further destruction and then joining the Organization for the Prohibition of Chemical Weapons,” Russia’s Foreign Minister Sergey Lavrov said earlier.

The UN chief has called for measures to provide for the safe storage and destruction of the Syrian chemical weapons arsenal.

“I am sure that the international community will take quick measures to make sure that these chemical weapons reserves are stored in a safe place and are to be destroyed,” Ban Ki-moon said.

Britain has responded to the Russia-Syria dialogue, saying that the chemical weapons handover idea for Syria must not be used as a “distraction tactic”.

“If Syria were to put its chemical weapons beyond use under international supervision clearly that would be a big step forward,” Cameron told parliament. “We have to be careful though to make sure this is not a distraction tactic to discuss something else rather than the problem on the table.”

David Cameron also stressed that the Syrian conflict can only be solved with “political methods”.

Cameron said that the only way to put an end to the conflict in Syria is to work out a peaceful political decision, adding that through it Syria will come to stability and democracy.

International experts and former rebel captives are now one in concluding that the chemical attack was a false flag operation aimed at dragging the US Military to intervene against Syrian government.

In desperation, the CIA-sponsored terrorists are going to launch bioweapons attack into their friendly Israel government.  They’re going to do this after they have failed to convince the world with their kidnapped children for purposes of gassing them, and later, charge this heinous crime against the Assad government.

Kerry, on the other hand, gives a one-week ultimatum to Assad to handover the chemicals, as if he has the moral backbone to do so.

These behaviors are on top of the fact that the “White House: Evidence against Assad not ‘beyond reasonable doubt’ but passes ‘common-sense test’” 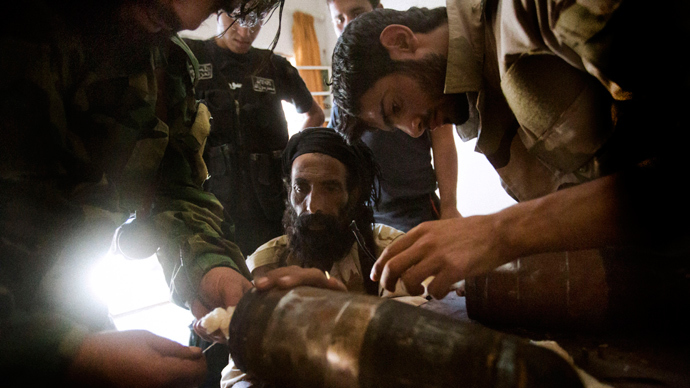 A chemical attack may be launched on Israel by Syrian rebels from government-controlled territories as a “major provocation”, a number of sources have told RT.

The news comes as Russian Foreign Minister Sergey Lavrov proposed that Syria puts its chemical weapons arsenal under international control for subsequent destruction in order to prevent a possible military strike against the war-torn republic.

Moscow also urged the Syrian authorities to join the Organization for the Prohibition of Chemical Weapons. The offer has already been passed over to the Syrian Foreign Minister Walid al-Muallem, who met Lavrov in Moscow for talks on Monday.

“We don’t know if Syria will accept the offer, but if imposing international control over chemical weapons stored in the country can help to avoid military strikes, we are immediately going to start working with Damascus,” Lavrov said.

The Syrian Foreign Ministry has welcomed Moscow’s initiative, “based on the Syrian’s government care about the lives of our people and security of our country,” Muallem said later on Monday.

A few hours earlier, US Secretary of State John Kerry said that to avoid a military operation Syrian President Bashar Assad has a week to surrender control of “every single bit” of his stock of chemical weapons to the international community. “But he isn’t about to do it and it can’t be done,” he added, speaking at a media conference in London, as he was wrapping up his European tour in a move to win support for the Obama-proposed “limited” strike against Syria.

The US Administration has blamed the Syrian government for the alleged chemical weapons use in the Damascus suburbs on August 21. Washington has maintained it has the intelligence to prove it, but has so far refused to make public a single piece of concrete evidence that would link the Assad regime to the deadly incident.

Those children were kidnapped over a week earlier, before they were slaughtered……. by the Obama backed Syrian rebels.

August 11, 2013 a report discussed the rebels attacking the Latakia village and Sheikh Mohammed Reda Hatem, an Alawite religious leader in Latakia said  ”Until now 150 Alawites from the villages have been kidnapped. There are women and children among them. We have lost all contact with them.”

Superimposed these events to the recent disclosures:

We will expand this article as events are developing so rapidly, like so:

Supporting Al-Qaeda during the anniversary week of 9/11

One thought on “Russia and Syria Move for A Checkmate [UPDATED]”