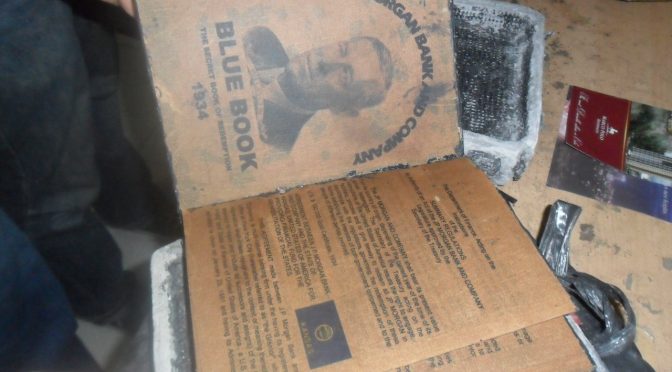 The endgame is being played on with the dirtiest tactics unimaginable at this point in time. We are to choose between perpetually cursing the darkness or lighting up candles and stick ’em into the Mafiosi’s asses.

We will be looking at the details of how the Collateral Accounts are plundered by whom in the coming days.

Here’s the latest update from Neil Keenan re recovery efforts of the Collateral Accounts for the survival of the planet.

NEIL KEENAN UPDATE: KEENAN GOES INTO THE LION’S DEN  – MEETS WITH CABAL CHIEFTAIN –  REVEALS HIS OWN FINANCIAL DOOMSDAY WEAPONS AGAINST THE CABAL – KEENAN SOUNDS THE CHARGE

Ø  “We’re being played…they are pulling a back door trick, while lulling us into thinking they’re defeated.”

Ø  Cabal pulling off massive gold theft in Indonesia – melting, recasting, and fraudulent re-stamping – as they attempt to hijack the assets and move them to the West

Ø  Cabal families at each other’s throats – who will cut a deal? And will the world allow a deal to be made once the truth is known?

Ø  World Court forming to bring the cabal to justice, as Keenan reveals the Black Book, The Book of Maklumat, The Book of Conveyance, and an original of the Green Hilton Memorial Agreement.

September 17, 2013 – Neil F. Keenan is done rattling the saber – he’s pulling the sword from the scabbard and preparing to use it.  He has caught the banker-bloodline corrupt cabal red-handed in one last desperate attempt to hijack the wealth of the nations and to reassert their murderous dominance over our planet.  As powerful new allies have flocked to Keenan’s banner in recent weeks, Keenan has pulled the veil from the cabal’s most cunning deceptions.  We have been told they are nearly defeated – they are not.  We have been led to believe the Accounts are almost back in the hands of the rightful depositors – while the cabal mounts a massive theft of the assets.  Our bloggers and freedom fighters have told us we are almost there – while the plans for genocide proceed unstopped.  In a series of extraordinary meetings this week, Neil Keenan confronted one of the dark sect’s top chieftains in a face-to-face showdown in the heart of the cabal’s lair.  A series of talks with European leaders followed as the battle to defeat the enemies of humanity moves into what looks to be its climactic phase.

Keenan is done with words – he reveals in an extraordinary video the ultimate “Financial Doomsday” weapons in his possession – and warns that the time has finally come to use them.

Keenan warns the world that we cannot take our liberty – or even our survival – for granted in the face of this final move by the cabal.  This dark Luciferian sect did not exert pervasive dominance over our planet for these past centuries by giving up easily, or by honoring a single agreement they ever made.  They are masters of cunning deception – layer upon layer, web upon web – and history is littered with the corpses of those who thought they had them defeated, only to feel the knife in their backs even as they toasted their own illusive victory.  Those who believed the cabal-infiltrated Freemasons would never rise again in America after their dark nature had been revealed in the 1830’s – after thousands of appalled Americans had resigned from the Masonic movement when its twisted designs were revealed by a member (who paid with his life) – they were astonished to find that the movement quietly reappeared in greater numbers in the years following the Civil War, as the Rothschilds’ remorseless plans for the destruction of American freedom moved into overdrive.  “I would sooner have believed that slavery itself would revive in America than we would ever see the Freemasons return to power,” said one dismayed enemy of the cabal.

Like a horror movie demon, the ghouls of the Illuminati wait until their victims are complacently secure in their conviction that the evil is destroyed before springing upon their sleeping prey.

Overly dramatic?  No.  Merely the verdict of history.  And Neil Keenan and his allies are determined to make sure it doesn’t happen one more time.  It is now or never.  And the weapons he has long held back he is now ready to use.

The Black Book in Keenan’s possession documents every fraudulent transaction, every theft, every account movement, every withdrawal made by the hardened criminals at the uppermost tiers of the oligarchy, going back decades.  Every time one of them opens “the black screens” it is like a fingerprint, and the money is traced.  Their names, their crimes can be revealed to all.   These are Financial Doomsday weapons, and their exposure will have unpredictable consequences – but faced with the imminent return-from-the-dead of the cabal’s plans to murder billions of human beings, Keenan is now revealing them to the world.  The documents are already in the hands of journalists, of lawyers, in multiple secure locations throughout the world, ready to be released.

Meanwhile, Keenan reveals information regarding the ongoing theft of Global Account gold from Indonesia by the Cabal.

The Elders have guarded the assets for decades without being compensated according to agreement.  That has left them vulnerable to bribery – or to coercion where bribery fails.  For years it was American General Rosier stealing massive amounts of gold, and today the name of General Lorin has surfaced as the new thief.  Now Bush family henchman Richard Armitage is working with General Lorin to continue the cabal’s proud tradition of shameless plundering. Planeloads full of gold are leaving Indonesia for Hong Kong, where it is melted down, whereupon new bars are created with phony stamps, ready for shipping out to the West.

Keenan dared to venture into the heart of the cabal’s lair to meet with a notorious cabal bloodline chieftain (his nobler titles are a sham – a crime syndicate boss should be called by his right name). All very civilized, of course.  Cordial conversations over dinner as Keenan revealed his knowledge of their last cunning devices and called them out on their genocidal operations.

“I’m going into the lion’s den,” he informed this writer.  “But I’m bringing some catnip with me.”

He called them out on Monsanto.  He called them out on chemtrails.  He called them out on genocide. And he warned them that it must all stop now.  In the extraordinary video accompanying this article, Keenan reveals that the families at the top of the banking system are looking for a way out.  They know they are vulnerable.  They have believed that they can survive because they control the world banking system – and who can operate without them?  This has been their trump card – while they have calmly proceeded with their plans to mercilessly slaughter billions of human beings.  Now they say they too want to see the Cabal come to an end.

Of course, they are the Cabal.  But there are factions within factions, and the leading families are at each other’s throats.  The American cabal families are still going full tilt for global war, and word has it that the European banking families are in danger of their lives from the Bushes and Rockefellers. One thing is certain – the ten leading financiers (with the “chieftain” at the table) who sat down with Neil Keenan in a certain banking capital last week would have us believe that they do not think of themselves as the cabal…and that they know the cabal is finished.

The Vatican is evil and cannot be trusted.  Who says so?  Why, the cabal, of course – they’re reportedly very upset with how they’ve been misled by Rome.  Those nasty Vatican boys lied to our dear honest bankers?  How appalling!  Honor among thieves…you reap what you sow, gentlemen.  You might try looking that up in the good book – along with “thou shalt not kill” and “thou shalt not steal.”

Keenan emerged from his confrontation to warn us all: we must take back the keys to the kingdom – don’t let the Vatican retake control, or we’re in for a hundred years of hell.

Neither side can be trusted.  We must see actions.  The Accounts must be freed.  The chemtrails must end.  Monsanto and HAARP must be dismantled.

And the truth of who they are and what they’ve done must be told to the world.

Their day is done.  The world is awake.  And they will be brought to justice. They have believed that we are the sheep and they are the wolves.  We are reclaiming our freedom.

The new international security force, the soon-to-be-completed World Court of Human Rights, the 178-nation consortium, all are now aligned to prevent this last back-door crime from turning victory into defeat. But time is short.  We must act now.

The extraordinary video attached to this article should be immediately distributed throughout the world.  Reblog it, Skype it, Facebook it, e-mail it, Twitter it, turn it into a hundred million hits on Youtube.  Nothing less than humanity’s survival is at stake.

Only our silence, only our complacency allows them to win.  Only our raised voices, only our united determination ensures our freedom. Wake up now!

I will close with a direct quote from Neil Keenan:

“Let those who hold secrets release them so they may be heard.  Let everyone stand and let it be known they are not sitting down any longer, that they value the liberty and safety of their families because this is what is at stake. We must let it be known to the Cabal that we know what they are up to and that we have our little birdies singing to us now telling us it is time for them to say goodbye….All the Elite take a hike…..Hit the road Jack and don’t you come back no more!”

Here are a couple of photos fof the Blue Book, which establishes the bloodline lineages of these cabal families, how they evolved, and where they are today. This is who we’re fighting: the people from the Blue Book who illegally control the assets of the off-ledger accounts. They are the elitists who control all the industry of the Western world, to whom all the dots connect. These are the people who received OUR bailouts, OUR money!

Here are couple of photos of The Black Book, whose entries are all hand-written. The history of the Global Off-ledger Accounts on the black screen is in this book. This is the Book that exposes the cabal. Now you can understand why this book is priceless.