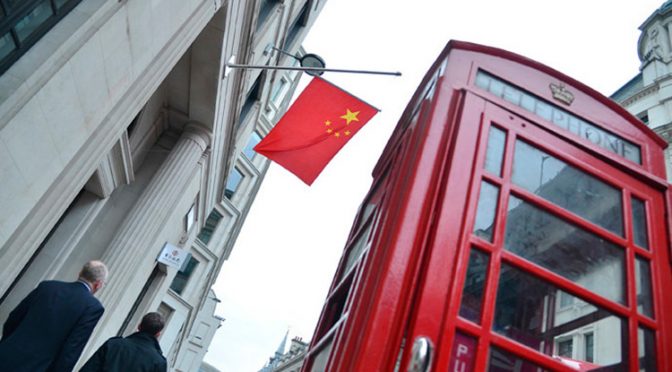 After the successful entry of the yuan into the ECB, the financial center of the planet has opened its doors to the Chinese currency, further eroding the integrity of the “valueless” US dollar.

The UK government has agreed to China’s banking expansion into their territory. Initially, London-based investors are given the opportunity to buy up to 80 Billion Yuan worth of Chinese stocks, bonds and other financial instruments.

Both sides have agreed to trade only in yuan effectively avoiding the US dollar.

There’s a healthy debate going on whether this is good for the US or not.

“The Washington Post had an article reporting on a commentary from a Chinese government owned news outlet that implied the country might move away from holding dollars. The article should have pointed out that such a move would be consistent with the publicly stated demand of both the Bush and Obama administrations that China stop “manipulating” its currency.

The way that China would “manipulate” its currency (keep its price down against the dollar) is by buying up huge amounts of dollars. If it sold dollars then its currency would rise against the dollar. That would make Chinese imports more expensive for people living in the United States, causing us to buy less of them. It would make U.S. exports cheaper for people living in China, leading them to buy more U.S. exports.

This change could go far toward reducing the U.S. trade deficit, especially if other developing countries follow China’s lead as they have in the past. The result would be millions of new jobs and also an important boost to wages. In other words, if China follows through on the path suggested in this article it would be good news for most of the country. Importers like Walmart and companies that have established production facilities in China, like General Electric, might be less pleased.” 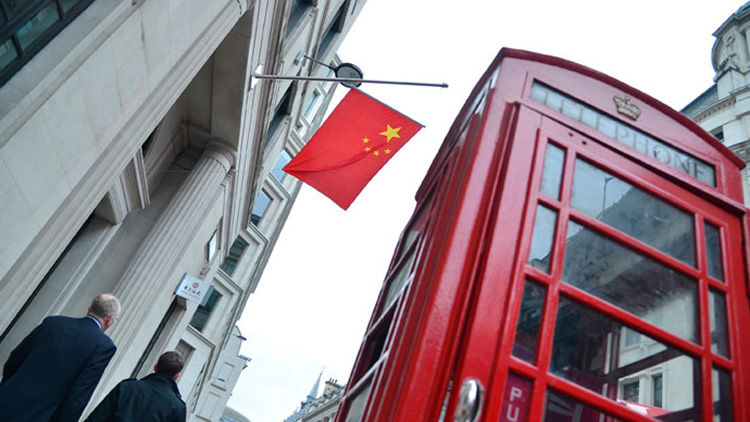 Britain has relaxed stringent rules for Chinese banks willing to set up in London. Beijing in turn opened up its markets to British-based investors, marking the latest move to establish the yuan as one of the world’s key currencies.

“A great nation like China should have a global currency,” said UK Chancellor of the Exchequer, George Osborne, during his official five day visit to China. And the UK is gladly willing to contribute “through the international center of finance: London”.

Meanwhile, Britain will let Chinese banks set up wholesale branches in London, easing regulations the country had imposed after the financial crisis broke out. Since 2008, Britain has insisted that most foreign lenders should set up their UK operations as “subsidiaries” rather than branches, which provides greater protection for depositors and taxpayers. Less regulation will be welcomed by Chinese lenders who have always complained the rules made it hard to operate in Britain, prompting them to move much of their business to Luxembourg.

On top of that, London and Beijing will trade the yuan against the dollar directly, avoiding the dollar.

“The Chinese currency, the renminbi, is not terribly well known in Britain at the moment. But over my lifetime I think it’s going to become almost as familiar as the dollar, and I want British businesses involved in trading it, investing in it,” Osborne told BBC television in China.

Currently London accounts for 62 percent of yuan trades outside China and Hong Kong, according to data from financial services provider SWIFT. The latest move will give the renminbi a firmer footprint in Europe and strengthen London’s platform to develop the offshore RM (renminbi) bond market.

According to an HSBC forecast, within 5 years a third of China’s total trade will be in yuan, which will make it fully convertible and elevate it into the top 3 exchange currencies. According to data compiled by Bloomberg, the yuan has already strengthened 36 percent against the dollar and 47 percent versus the pound since 2005.

One thought on “London & Beijing Agree to Avoid Dollar”