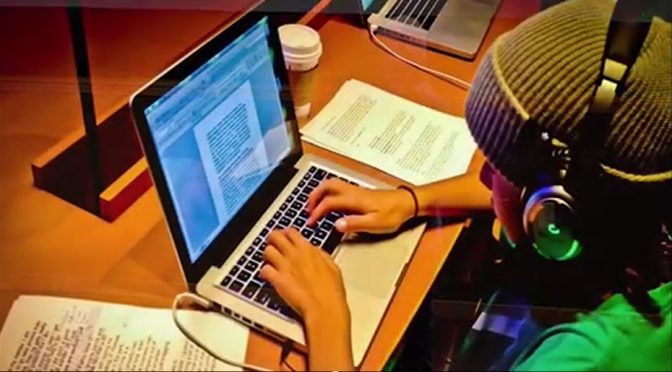 It was August of 2011 when my son quit traditional schooling and started studying on his own. This was more than a year after he was crying to me about “too much religion” in school.

Before we did that, we had to download a lot of learning materials, e.g. videos and ebooks on math, sciences, and literature. He was also told that he might not be able to secure a certificate or diploma that would enable him to work under the conventional slavery system, of which he enthusiastically concurred with.

He fully understands that we have to do it on our own, and must survive outside the norms. Not surprisingly, we received a summon to appear before the Department of Social Welfare after the other side of the parenthood filed a complaint.

I declined the invitation by making a counter-invitation for them to visit the child on site. And when they did, they were able to interview him without my presence. Afterwards, my son was so proud narrating how he demonstrated the superiority of his homeschool over traditional ones to the social workers. Since then, no more issues were raised.

In just a short span of time the benefits of homeschooling were already evident. He was already digging into advanced algebra and calculus while his former classmates were still trying to figure out what happens when they subtract a bigger number from the smaller ones.

To date, he has completed several courses on computer graphics and programming, classical mechanics, statistics, etc.

A good school should have music in its curriculum, not just in theory but also in practice. Late last year, I bought for him an acoustic guitar and he’s now a lot better player than I.

Lazy is a parent who pays for the middleman to take good care of his own child. Training a child towards creativity and self-reliance should be the primordial goal and it can only be done non-traditionally.

This is a kind of a revolution everyone can fight, and have a huge chance of winning.

This Is What Happens When A Kid Leaves Traditional Education

Logan Laplante is a 13 year-old boy who was taken out of the education system to be home schooled instead. Not only was he home schooled, but Logan had the ability to tailor his education to his interests and also his style of learning, something traditional education does not offer. As Logan has mentioned, when he grows up he wants to be happy and healthy. At a TEDx talk in 2013, he discussed how hacking his education is helping him achieve that goal.

Logan’s story can be seen in a similar light as Jacob Barnett‘s story who was first put in Special Ed by his school until he was pulled out of standard education and is now seen as an incredibly intelligent young person who is on track to winning a Nobel Prize one day.

Education is often considered the foundation for creating a well rounded and productive society, but this belief usually stems from being sure that those coming out of the education system are able to keep the cogs of society turning in order to maintain profit margins of large companies in a system that requires constant growth. Instead of having creative and out-of-the-box-thinking people, the current style of education creates more submissive, obedient and trained graduates so the current system is always maintained.

What this means is that standard education is focused less on each individual and their growth and more on creating a supply of worker bees that can go out into the world and follow within the confines the system sets out. Sir Ken Robinson gave a famous TED talk in 2007 where he discussed his beliefs about how education kills creativity. This TED talk is one of the most viewed TED talks of all time and  has inspired many to re-think the way we are educating our children. Since traditional education is still taking its time with adjusting, many are turning to homeschooling as a solution as it allows children to explore education much like Logan did.

Currently about 3.8% of children ages 5 – 17 are home schooled in the US. In Canada, that number drops to about 1%. This is a number that is expected to continue growing in both countries as more see the limitations of our current education system. Also, studies done in the US and Canada show that home schooled children out perform their peers from both private and public schools.

For my town, I dreamed of providing this one. But i’m not Suckerberg, so it has to wait for now 😉

2 thoughts on “WHEN A KID LEAVES SCHOOL”