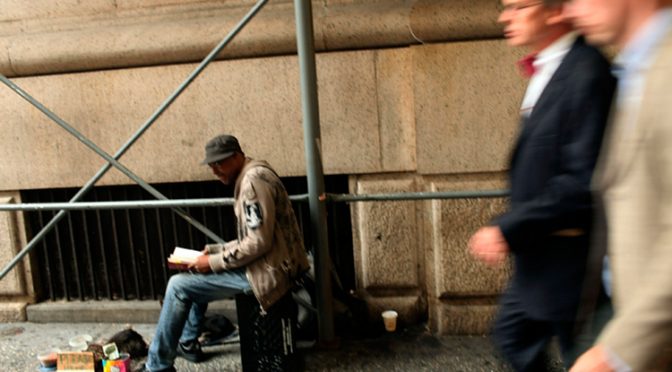 This is abominable.
This is one of the very reasons why we don’t need to pretend we have a government that serves us. It never has been, and it will never be.
The articles below describe the problem very scholarly, but only offer corporate solution that we already know, doesn’t work! 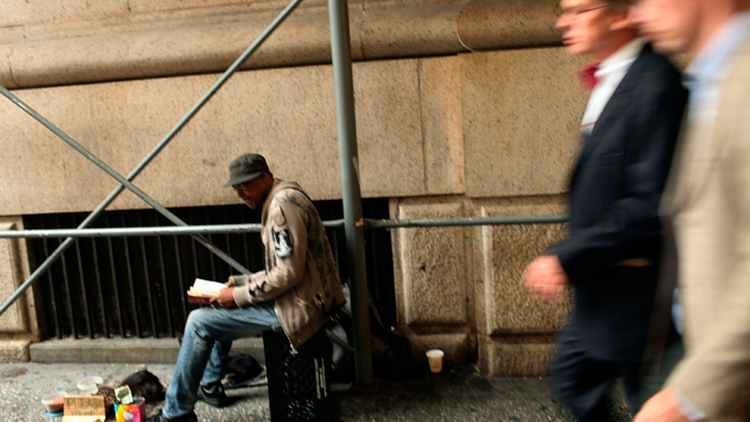 The world’s 85 wealthiest people have as much money as the 3.5 billion poorest people on the planet – half the Earth’s population. That’s according to Oxfam’s latest report on the risks of the widening gap between the super-rich and the poor.
The report, titled “Working for the Few,” was released Monday, and was compiled by Oxfam – an international organization looking for solutions against poverty and injustice.
The document focuses on the extent of global economic inequality caused by rapidly increasing wealth of the richest people that poses the threat to the “human progress.”
A total of 210 people became billionaires last year, joining the existing 1,426 billionaires with a combined net worth of $5.4 trillion.
“Instead of moving forward together, people are increasingly separated by economic and political power, inevitably heightening social tensions and increasing the risk of societal breakdown,” the report stated.
Also, according to the Oxfam data, the richest 1 percent of people across the globe have $110 trillion, or 65 times the total wealth of the bottom half of the planet’s population – which effectively “presents significant threat to inclusive political and economic systems.”
“It is staggering that, in the 21st century, half of the world’s population — that’s three and a half billion people — own no more than a tiny elite whose numbers could all fit comfortably on a double-decker bus,” Oxfam chief executive Winnie Byanyima told a news conference.
And the number of the rich is steadily growing: for example, in India the number of billionaires skyrocketed from six to 61 in the past 10 years, and their combined net worth is currently $250 billion.
The report comes ahead of the World Economic Forum in Davos which begins later this week, and urges the world leaders to discuss how to tackle this pressing issue.
Among the solutions presented by Oxfam are measures to avoid tax dodging and using economic wealth to pressure governments, looking for political benefits. Also, the organization calls for “making public all the investments in companies and trusts for which they are the ultimate beneficial owners,” as well as “challenging governments to use tax revenue to provide universal healthcare, education and social protection for citizens.”
Oxfam also said that there are many laws that favor the rich, which were lobbied for in a “power grab” by the world’s wealthiest people.
Since the late 1970s, tax rates for the richest have fallen in 29 out of 30 countries for which data are available, according to Oxfam.
“A survey in six countries (the US, UK, Spain, Brazil, India and South Africa) showed that a majority of people believe that laws are skewed in favor of the rich,” the report said.
For instance, almost 80 percent of the Spanish and the Indians, as well as over 60 per cent of the US and the UK residents, either agree or strongly agree that “the rich have too much influence over where this country is headed.”
source »
–
Please support us by downloading our Second Edition of Towards Healthcare Emancipation eBook. The proceeds from this book will be used to fund our next project, Towards Energy Emancipation.
The aim is to make the subject of free energy more understandable for the layman so that anybody could replicate and install his own power plant and be completely living off-grid.
If you haven’t done so, please like our FB page to encourage others to learn more about our work.
Thank you very much for your valuable support. 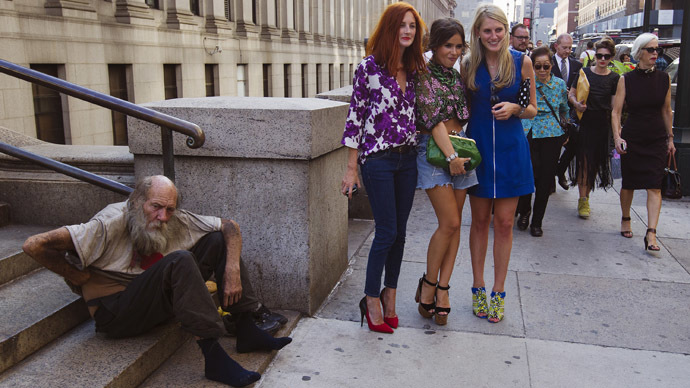 Growing income inequality is the biggest risk the world may face within the next 10 years. It has already squeezed the middle class in both developed and emerging economies, the World Economic Forum (WEF) warns. The report, compiled with the help of over 700 global experts, warns against the chronic gap between the incomes of the richest and poorest people. It’ll become the risk that is “most likely to cause serious damage globally in the coming decade,” the report said.
Extreme weather events such as floods and drought is the second biggest threat to the global economy according to WEF. “This is hardly surprising, given the devastating impacts of having too little water, or too much. While water’s immediate impacts are often local, water security is now recognized as a systemic global risk”, says the report.
Unemployment is another high risk the globe may face, especially among the young, which the report calls the “lost generation”. The competition to find opportunities will increase on a par with rising education costs.
“As a result of the financial crisis and globalization, the younger generation in the mature markets struggle with ever fewer job opportunities and the need to support an ageing population,” said David Cole, the Group Chief Risk Officer of Swiss Re, in the report. “While in the emerging markets there are more jobs to be had, the workforce does not yet possess the broad based skill-sets necessary to satisfy demand.”
In a number of countries, particularly in Europe, youth unemployment has risen to extremes. Greece and Spain have nearly 60 percent of their under-25s out of work.
A separate report by Credit Swiss classified Russia in October 2013 as a nation with the highest level of wealth inequality in the world.
All the world billionaires hold about 1 to 2 percent of total household wealth; while in Russia 110 billionaires own 35 percent of national household wealth.
source »