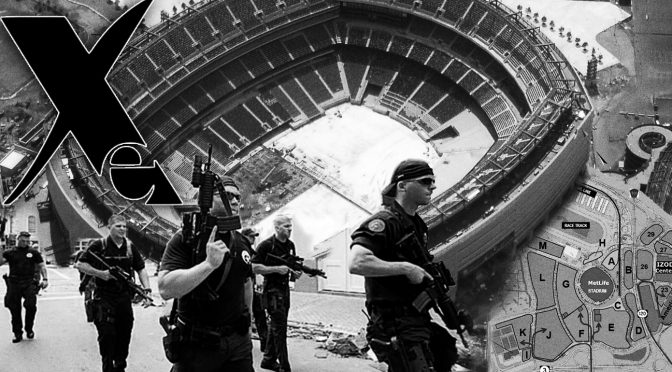 The impact of any attacks, whether from within or without, can only be diminished when the element of surprise is reduced to nil. Panic will be subdued with public outrage and condemnation.
Obviously, we have no way of verifying this one, but it is always better to err on the side caution. Reputation, or the loss of it, is but a small price to pay if its desire is to save lives.

(Before It’s News)
We received this letter yesterday from an anonymous source via US mail.  Before It’s News is just a conduit for your news and we thought this information might be of value to our readers.  Here is the fulltext of this letter, from people who claim to have worked on the design and contruction of the new MetLife Stadium (original jpeg scans of the letter are below the text).  The upside down American flag stamp on the outside of the envelope is an interesting touch. Video report also below.

The Treason Bowl February 2, 2014 at the Meadowlands Sports Complex