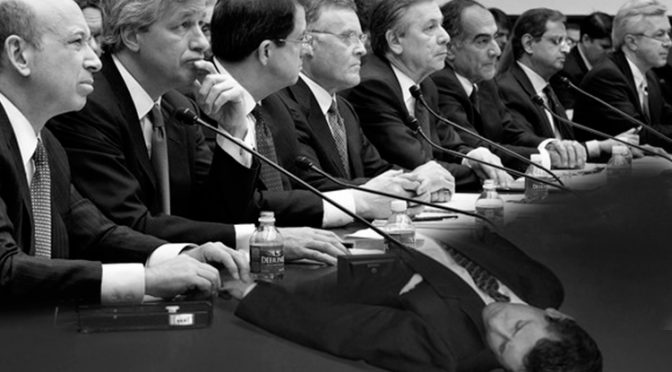 Update 19feb2014: WRONG BANKERS’ DEATH 2.0
Imagine yourself firing a nail gun into your head to escape from it all.
The first nail should be the easiest, right? Well, relatively, of course. But the second one is highly improbable. By that time, you will begin to question the wisdom of why you fired the first shot in the first place. In fact, you will begin to question the wisdom of the whole exercise.
You will need to summon enough will power and physical strength to continue doing it. And somehow, a strange spark of a possible way out might occur. Why not just turn yourself in and be a bank whistleblower?
If those suicides are in fact assassinations for moving ahead with Global Settlements, is highly unlikely, i.e. the likes of Jamie Dimon or Ben Bernanke should have been eliminated first.
By all indications, these so called suicides are assassinations of possible witnesses in the prosecutions of Cabalists running the Fiat System. Eight nail gun induced wounds are never self-inflicted.
Different groups which still believe that the present system could still be improved have initiated actions to put the whole charade in check.
A sampler of the Bankers’ grip on the Corporate Government… 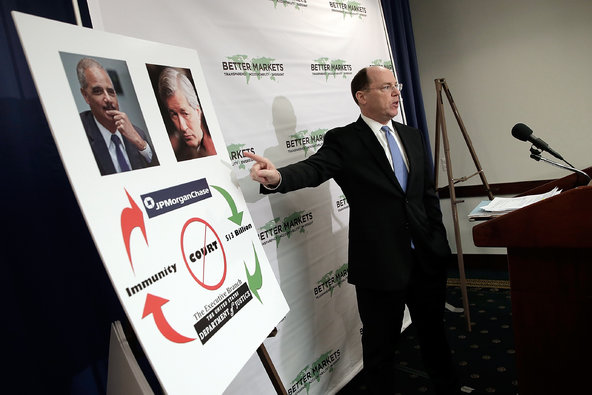 With a record $13 billion sticker price, the settlement deal between JPMorgan Chase and the government captured the attention of Wall Street and Washington late last year.
And yet, according to a lawsuit that a nonprofit group filed against the Justice Department on Monday, the crucial details of the deal were for the government’s eyes only.
continue reading »

Wednesday we reported that another JP Morgan banker has been found dead, as the latest banker to meet a sudden and untimely demise is Ryan Henry Crane, the Executive Director in JPMorgan’s Global Equities Group.
Today, Steve Quayle’s banker source “V”, who predicted that a wave of banker hits was imminent when the very first bankers began dropping last week, has dropped a bombshell regarding the death of Ryan Henry Crane.
V states that Crane oversaw all of the trade platforms and worked closely with Gabriel Magee of JPM’s London desk (who fell 32 stories off the JPM London roof moments after texting his g/f he would be home shortly), and that the pair had access to the exact same info.
V concludes Crane & Magee: “Knew each other and had uncovered something“.
V’s update on the latest JPMorgan banker to turn up dead is below:
V’S UPDATE ON LATEST JP MORGAN BANKER TO DIE:Ryan Henry Crane, Executive Director Global Program Trading
One other thing he was the head at the program trading desk. Meaning he over saw all of the trades and was familiar with all of the software( trade platforms) that these trades were done in. This job works closely with guess what? That’s right the London desk and who died last week in London? That’s right Gabriel Magee the one who jumped off the 33rd floor. What was his post? Head of IT and trade platforms meaning he had access to info that Ryan Henry Cross would have.
They knew each other and uncovered something they were about the same age and these hits happen when two big announcements by JPM. One they are out of commodities and two the wholesale selling of their HQ downtown.
“V” The Guerrilla Economist

V’s claim aligns with what Jim Willie’s sources informed SD readers on the recent rash of banker deaths, that we are witnessing bankers taken out who are on the verge of revealing BIG DATA details on FOREX fraud.
Jim Willie’s exclusive update for SD readers on what is going down with the sudden spree of banker “suicides” can be read here.
NOT JUST 5 BUT 20 JUMPERS
[youtube=http://www.youtube.com/watch?feature=player_embedded&v=KXw-pC9cOkw]
INSIDER WARNS OF HIT SQUADS AGAINST BANKERS
[youtube=http://www.youtube.com/watch?feature=player_embedded&v=QXl8bxJziMA]

JP Morgan didn’t even have the decency to call us after our son jumped 500ft to his death from London HQ, say his American parents

Hang the bankers… ?  Bernanke, Paulson, Geithner, Rubin, Corzine, Dimon and Blankfein are safe for now, but perhaps if we moved Wall Street to downtown Tehran.
We have an entire class of people and financial corporations who do little more than use their money (via lobbying) and power to extract (e.g., legally steal) billions of dollars from both taxpayers and shareholders, and they are heralded as ‘job creators’ and ‘captains of industry.’  When caught doing something that is actually illegal (Libor manipulation, for example), they blame rogue traders and call upon political connections with Eric Holder and Lanny Breuer via the Covington & Burling infested Department of Justice.
Scoundrels, every last one of them.
Meanwhile, those who steal from grocery stores generally go to jail.
source »
–
Please support us by downloading our Second Edition of Towards Healthcare Emancipationa fully illustrated eBook about how you can implement a low cost but extensive and highly effective healthcare system in the comfort of your own home.
The proceeds from this book will be used to fund our next project, Towards Energy Emancipation.
The aim is to make the subject of free energy more understandable for the layman so that anybody could replicate and install his own power plant and be completely living off-grid.
If you haven’t done so, please like our FB page to encourage others to learn more about our work.
Thank you very much for your valuable support.
–