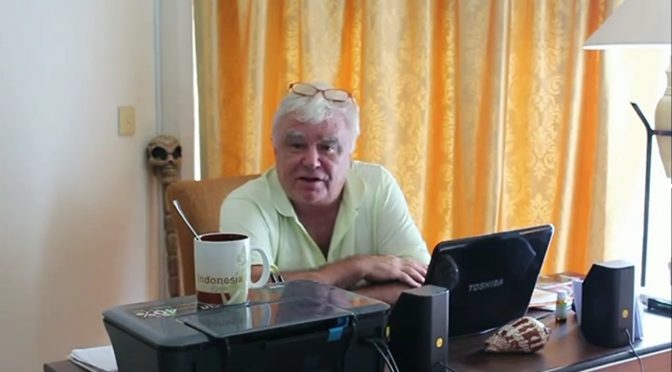 For those who are asking how can they join and contribute to the ongoing East initiated freedom movement, as opposed to the Cabalist’s –Spring hijacked upheavals, join the militia movement NOW. And if the existing militia has other agenda far from real freedom, then establish your own.

Understand that all the delays are not of Asia’s fault. In fact, we have suffered long and hard enough for your inaction. And you knew it.
You can start recounting the deaths of the Indonesian Tsunami 120,000, the Typhoon Hainan [Yolanda] which this writer was one of those directly hit [30,000 deaths, some are not yet buried until now], Fukushima Tsunami and Nuclear fall-out, etc.
Are you waiting for a similar disaster to happen in your doorstep before you take some action? Are you waiting for Ben Fulford’s 200 million ninjas to do the job for you?
Stop relying on the Middlemen.
Take some responsibilities. Take out the Nazis/Zionists that control your institutional infrastructure as soon as possible, so we can start the Golden Age right NOW. That’s how you raise your vibration to the next dimension. BE realistic.
The change needs action, not just meditation. Meditation is only needed when you are still contemplating what course of actions that need to be done. Once that has been figured out, the next phase is implementing the plan, i.e. taking definitive, concrete steps to finally effect the change.
Meditations, prayers, these are the stuffs that the enemy loves you to do.
And the plan has already been made for us. Squeeze the Cabal financially, in spite of possible retaliation. We’ve endured that already, and still is, up to this point. And you take them out, when needed, i.e. when they take the hardline and do not relinquish peacefully their position of power.
Well, they are taking the hardline, we need to see some actions from YOU, and it is needed right NOW.
This is the March 16th update from The Keenan Group…

One thought on “We're Almost There [Keenan]”