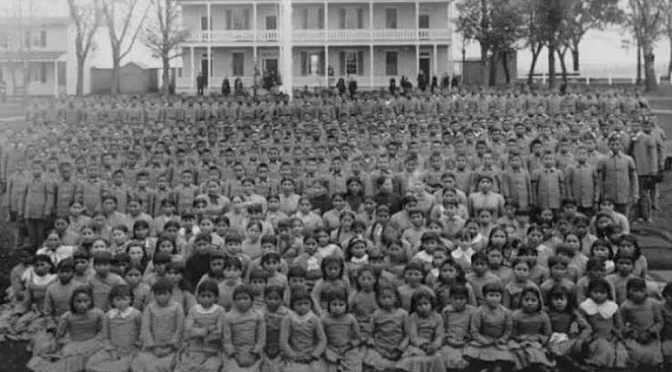 Historic Breaking News from The International Tribunal into Crimes of Church and State (ITCCS) – Monday, March 31, 2014
Massive Deaths of Aboriginal Children in Canada is officially admitted, as Genocide Verdict and Kevin Annett’s work are finally vindicated –
“Canada, the Crown and the Vatican stand guilty as charged as disestablished criminal bodies” – International Common Law Court of Justice, Brussels
A Special Report from ITCCS Canada with Commentary by Kevin Annett
[youtube=https://www.youtube.com/watch?v=4xcUTiN1mAU&feature=player_embedded]
Vancouver, Canada:
Seventeen years after Rev. Kevin Annett publicly disclosed evidence that over 50,000 children died in Canada’s church-run “Indian residential schools”, Canadian governments have finally confirmed this genocidal mortality rate after releasing hitherto-concealed death records from the schools. (http://westcoastnativenews.com/tens-of-thousands-first-nation-children-died-in-residential-schools/)
Until this week, government and church officials have either denied or stayed silent about Rev. Annett’s documented estimate. But previously “segregated” statistics of the deaths of residential school children made public last Friday by different provinces indicate that “tens of thousands” of these children died in the facilities, which were operated primarily by the Roman Catholic, Anglican and United Church of Canada.
In British Columbia alone, government records indicate that nearly 5,000 children between the ages of four and nineteen died in the residential schools until 1956, although the schools continued in operation until 1996, putting the total death figure even higher. Rev. Annett’s research established that the high death rate of over 40% of the students was the result of deliberately infecting them with tuberculosis and denying the sick treatment. (www.hiddennolonger.com)
“This news officially confirms what our Court established in its lawful verdict of February 25, 2013” stated George Dufort of the International Common Law Court of Justice in Brussels today.
“Canada and its churches, the British Crown and the Vatican stand guilty as charged as disestablished criminal bodies and can no longer have any lawful or legitimate constitutional authority if the rule of law is to be followed”.
This week’s official admission of massive deaths in the Indian residential schools comes on the heels of shocking new evidence showing that a Vatican and Church of England child sacrifice cult known as the Ninth Circle operated at the same schools for over a century, including at the Mohawk residential school in Brantford, Ontario. (www.itccs.org , March 29, 2014)
Kevin Annett was reached at his home in Nanaimo, British Columbia today and provided the enclosed you tube commentary on the remarkable news.
“I always knew their lies would fall apart, and persistence would pay off” remarked Kevin.
“But I’m thinking now of all my friends who died after struggling to see this day come about, like Bingo Dawson, Billie Combes, Ricky Lavallee and Harry Wilson – some of the eyewitnesses to the Canadian Holocaust who went public at great personal risk. This is their victory, as it belongs to all the missing children. But it will only mean something if Canadians act on this final proof of Genocide by church and state to enforce the verdict and arrest warrants of the Common Law court.
“Prime Minister Stephen Harper, Queen Elizabeth, Joseph Ratzinger and twenty seven other officials belong behind bars. And more than that, it’s now time to establish a constitutional Republic in Canada that is free and independent of the British Crown and the legacies of Vatican-sponsored Genocide”.
Details of the plans to act upon this recent acknowledgement are discussed in Kevin Annett’s attached you tube commentary.
Issued by ITCCS Canada and ITCCS Central, Brussels-based
31 March, 2014
source »
Please support us by downloading our Towards Healthcare Emancipation – Premium Edition, a fully illustrated eBook about how you can implement a low cost but extensive and decisively effective healthcare system in the comfort of your own home.
With this eBook you can easily defeat cancer, AIDS and all other parasitic diseases for good. Find out more about it here.
The proceeds from this book will be used to fund our next project, Towards Energy Emancipation.
The aim is to make the subject of free energy more understandable for the layman so that anybody could replicate and install his own power plant and be completely living off-grid.
If you haven’t done so, please like our FB page to encourage others to learn more about our work.
Thank you very much for your valuable support.