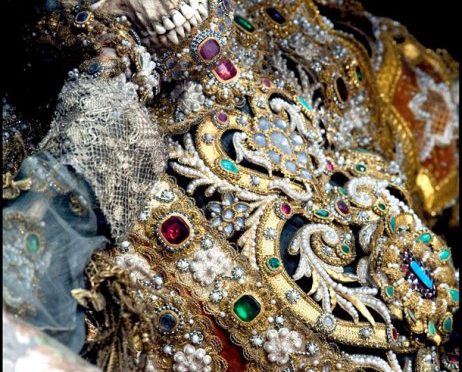 The funny money game is overheating for the last three years and its about to burn into flames for good.
Even those within the corporate system are beginning to realize the faults and weakness of the institutions they themselves invested their lifetime on.

High-Frequency Trading Prospers at Expense of Everyone

By the Editors Dec 25, 2012 7:30 PM GMT+0800
Finally, a bit of evidence, rather than anecdote, about the costs of high-frequency trading.
In a new study, Andrei Kirilenko, the chief economist at the U.S. Commodity Futures Trading Commission, along with researchers at Princeton University and the University of Washington, examined high-frequency trading in a futures contract called the e-mini S&P 500, between August 2010 and August 2012.
The study looked at only the expiring contracts (which trade electronically on the Chicago Mercantile Exchange) that are used to bet on the direction of the Standard & Poor’s 500 Index. The researchers also did something they’d never been able to do before: Use actual trading data from individual firms, though none were identified.
What that data does is help explain the frenzy in today’s markets: The most aggressive firms tend to earn the biggest profits, hence the incentive to trade as quickly and as often as possible. Furthermore, these traders make their money at the expense of everyone else, including less-aggressive high- frequency traders.
The study found that the most hyperactive trading firms earned an average daily profit of $395,875 in the e-mini S&P 500 contract over the two-year period. First and foremost among those on the losing end: small retail investors. The study found that, on average, they lost $3.49 on every contract to aggressive high-frequency traders.
continue reading »

In this episode of the Keiser Report, Max Keiser and Stacy Herbert discuss high frequency fraud, picking prices and then filling in the trades to get to that price. In the second half, is the ‘second half’ of Max’s interview with Jim Rickards about his new book, The Death of Money. In this ‘second half’, they talk more about mutually assured financial destruction, the US dollar and the danger of insolvency.

The list of markets where big players are cheating the rest of us (and each other) keeps growing. First there was the Libor interest rate, then foreign exchange, then gold. And now comes high-frequency trading (HFT), where Wall Street banks use supercomputers to monitor incoming stock market orders, analyze their likely impact on prices, and place orders ahead of those trades to capture a bit of the price impact.
In an HFT-dominated market, individual investors get fractionally-less-favorable prices, which they seldom notice, while in the aggregate billions of dollars are siphoned each year from retail investors, pension funds and even some hedge funds to big Wall Street banks. Since this practice adds absolutely nothing to the efficiency of the equity markets, and since “front running” is clearly illegal, HFT is a crime without offsetting social benefits.
But Wall Street gets away with it — and will continue to get away with it — because the major banks and exchanges make a lot of money from it and donate sufficiently to both major parties to buy a degree of immunity.

Because HFT is the topic of Michael Lewis’ best-selling book Flash Boys, and Lewis is showing up on mainstream outlets like CNN and Good Morning America where he explains the con in layman’s terms, the powers that be now feel compelled to appear to investigate it.
Like the ongoing probes of Libor, foreign exchange and gold, the result will be more show than substance. A few fines will be paid and possibly a few mid-level quants will be sacrificed, while Wall Street’s bonus pool stays deep and wide. So HFT’s exposure, rather than being that big a deal in and of itself, should be seen as part of a pattern of systematic corruption, yet another brick in the wall that separates the financial/political/con artist class from the vast bulk of people who are being harvested. But the fact that this scandal is being explained on mainstream outlets by a best-selling author means that it is reaching a much broader audience. Lewis isn’t preaching to the choir; he’s bringing the idea that the financial system is a rigged casino to people who hadn’t previously given it much thought. In so doing, he’s accelerating the shrinkage of the trust horizon.

The International Banking Cabal Must Be Disgorged

WHEN DEBT IS FRAUDULENT ~ DEBT FORGIVENESS IS THE LOGICAL AND ONLY REMEDY.

This last term comes from Nicole Foss at Automatic Earth and refers to the process by which people gradually realize that their country’s big systems — the government, banks, national currency, etc. — have been captured/corrupted by people who now run those systems for their own rather than the public’s benefit.

Max interview starts at 3:40min on the time bar.

Seeing this, individuals stop trusting those big systems and shift their attention and resources to people and institutions that they can see and judge face-to-face. They start buying local food rather than national brands, home school their kids, stop identifying with the two major political parties, put their money in local rather than money center banks, and buy hard assets like precious metals and farmland rather than financial assets like stocks and bonds.
When a critical mass of people start behaving this way the big systems are starved for capital and begin to fail. Banks go bust, governments run out of money, the currency collapses, etc. That day appears to be coming, and HFT may have given the trend a little added momentum.
High-Frequency Trading and the Shrinking Trust Horizon

By Thalif Deen
UNITED NATIONS, Apr 10 2014 (IPS) – The 132-member Group of 77, the largest single coalition of developing nations, has urged Secretary-General Ban Ki-moon to provide, “as soon as possible…alternative options for banking services” in New York City following the mass cancellation of bank accounts of U.N. missions and foreign diplomats.
The draft resolution, a copy of which was obtained by IPS, is an “agreed text” which has the blessings of all 132 countries, plus China.
Responding to a demand by member states for reciprocal retaliation, the G77 requests the secretary-general to review the “U.N. Secretariat’s financial relations with the JP Morgan Chase Bank and consider alternatives to such financial institutions and to report thereon, along with the information requested.” Currently, the bank handles billions of dollars in the accounts maintained by the United Nations and its agencies in New York City.
The Group expresses “deep concern” over the decisions made by several banking institutions, including JP Morgan Chase, in closing bank accounts of mostly developing countries, and diplomats accredited to the United Nations and their relatives.
The resolution, which is subject to amendments, cites the 1947 U.S.- U.N. headquarters agreement that “guarantees the rights, obligations and the fulfillment of responsibilities by member states towards the United Nations, under the United Nations Charter and international law.”
Additionally, it cites the 1961 Vienna Convention on Diplomatic Relations as a regulatory framework for states and international organisations, in particular the working relationship between the United Nations and the City of New York.
Citing the two agreements, the G77 is calling for all “necessary measures to ensure permanent missions accredited to the United Nations and their staff are granted equal, fair and non-discriminatory treatment by the banking system.”
Asked for an official response, U.N. Spokesperson Stephane Dujarric told IPS: “We would not comment on a draft resolution.”
At a closed-door meeting of the G77 last month, speaker after speaker lambasted banks in the city for selectively cutting off the banking system from the diplomatic community, describing the action as “outrageous”.
Their anger was directed mostly at JP Morgan Chase (formerly Chemical bank) which was once considered part of the U.N. family – and a preferred bank by most diplomats – and at one time was housed in the secretariat building.
The G77 is expected to hold consultations with member states outside the Group, specifically Western nations, before tabling the resolution with the 193-member General Assembly later this month.
If any proposed amendments are aimed at weakening the resolution, the G77 will go for a vote in the Assembly with its agreed text, a G77 diplomat told IPS Thursday.

But with the Group having more than two-thirds majority in the Assembly, the resolution is expected to be adopted either with or without the support of Western nations.
If adopted by a majority vote, the secretary-general is expected to abide by the resolution and respond to its demands.
The draft resolution also requests the secretary-general to review and report to the General Assembly, within 120 days of its adoption, “of any obstacles or impediments observed in the accounts of permanent missions or their staff at the JP Morgan Chase Bank in the City of New York, and the impact these impediments have on the adequate functioning of their offices.”
And to this end, the G77 invites all members to provide the secretary-general with relevant information that will facilitate the elaboration of such report.
In an appeal to the United States, the G77 has also underscored the importance of the host country taking the necessary measures to ensure that personal data and information of persons affected by the closure of accounts is kept confidential by banking institutions, and requests the secretary-general to work with the host country in that regard and to report to the General Assembly within 90 days.
The closure of accounts was triggered by a request from the U.S. treasury, which wanted all banks to meticulously report every single transaction of some 70 “blacklisted” U.N. diplomatic missions, and individual diplomats – perhaps as part of a monitoring system to prevent money laundering and terrorism financing.
But the banks have said such an elaborate exercise is administratively expensive and cumbersome.
And as a convenient alternative, they have closed down, or are in the process of closing down, all accounts, shutting off banks from the diplomatic community in New York.
source »
Please support us by downloading our Towards Healthcare Emancipation – Premium Edition, a fully illustrated eBook about how you can implement a low cost but extensive and decisively effective healthcare system in the comfort of your own home.
With this eBook you can easily defeat cancer, AIDS and all other parasitic diseases for good. Find out more about it here.
The proceeds from this book will be used to fund our next project, Towards Energy Emancipation.
The aim is to make the subject of free energy more understandable for the layman so that anybody could replicate and install his own power plant and be completely living off-grid.
If you haven’t done so, please like our FB page to encourage others to learn more about our work.
Thank you very much for your valuable support.

2 thoughts on “House of Rothschild is Burning”