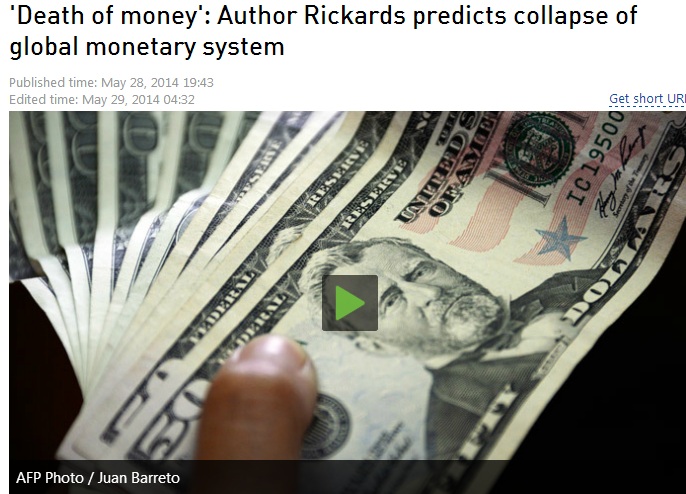 The collapse of the monetary system awaits the world in the near future, says financial expert James Rickards. Russia and China’s desire to rid the US dollar of its global reserve currency status is an early sign of the “increasingly inevitable” crisis.
“China has three trillion dollars, but they are buying gold as fast as they can. China worries that the US is going to devalue the dollar through inflation so they want to have a hedge if the dollar goes down, so the gold will go up,” Rickards told RT.
As one of the key events in support of his forecast, Rickards points to the words uttered by Russian President Vladimir Putin at the 18th International Economic Forum in St. Petersburg that took place earlier this month.
“Putin said he envisions a Eurasian economic zone involving Eastern Europe, Central Asia, and Russia. The Russian ruble is nowhere near ready to be a global reserve currency, but it could be a regional reserve currency,” he said, as quoted by ETF Daily News.
Rickards’ book about the demise of the dollar was released in April under quite an apocalyptic name – ‘The Death of Money.’ However, the author is surprised that the events are unfolding much faster than he predicted.
“If anything, the tempo of events is faster than expected. Therefore, some of these catastrophic outcomes may come sooner than I wrote about.”
Last Wednesday, China and Russia signed a historic US$400 billion gas deal which will provide the world’s fastest growing economy with the natural gas it needs to keep pace for the next 30 years. Experts say this could be the catalyst that dethrones the greenback as the world’s reserve currency.


The best-selling author writes that the “linchpin” of the collapse is the approaching failure of the dollar since it is at the foundation of the system. Powerful countries such as Russia, China, Iran, and India do not rely on the US in their national security and would benefit from the US economy being weaker, thus desiring to break free from the dollar standard.
He elaborates that the dual collapse “looks increasingly inevitable.”
“The mistakes have already been made. The instability is already in the system. We’re just waiting for that catalyst that I call the snowflake that starts the avalanche,” he said, as quoted by ETF.
There are three big international factors that are pressuring the dollar right now – Russia, China, and Saudi Arabia.
“Since the 1970s, Saudi Arabia [has been] the leader in what’s called the petrodollar. It basically means that Saudi Arabia and, by extension, OPEC, price oil in dollars, so the world market is in dollars.
“Russia is a major natural resource exporter; they price their exports in dollars as well. But Russia now is engaged in a financial war with the US around the issues in Crimea and Ukraine.”
The threats to the dollar are “ubiquitous,” the author states in his book. The only way the US can pay off its $17 trillion debt is with inflation, which would drive other countries away from the dollar while the accumulation of gold by Russia and China presages the shift to a new reserve asset.
“The next time we will have a liquidity crisis in the world it’s going to be bigger than the ability of central banks to deal with it. The IMF will basically have to bail out the world by printing the SDRs (an international reserve asset created by the IMF in 1969 to supplement its member countries’ official reserves). By that time, you will see the SDR emerge as the new global world currency,” Rickards told RT.
source »
Please support us by downloading our Towards Healthcare Emancipation – Premium Edition, a fully illustrated eBook about how you can implement a low cost but extensive and decisively effective healthcare system in the comfort of your own home.
With this eBook you can easily defeat cancer, AIDS and all other parasitic diseases for good. Find out more about it here.
The proceeds from this book will be used to fund our next project, Towards Energy Emancipation.
The aim is to make the subject of free energy more understandable for the layman so that anybody could replicate and install his own power plant and be completely living off-grid.
If you haven’t done so, please like our FB page to encourage others to learn more about our work.
Thank you very much for your valuable support. 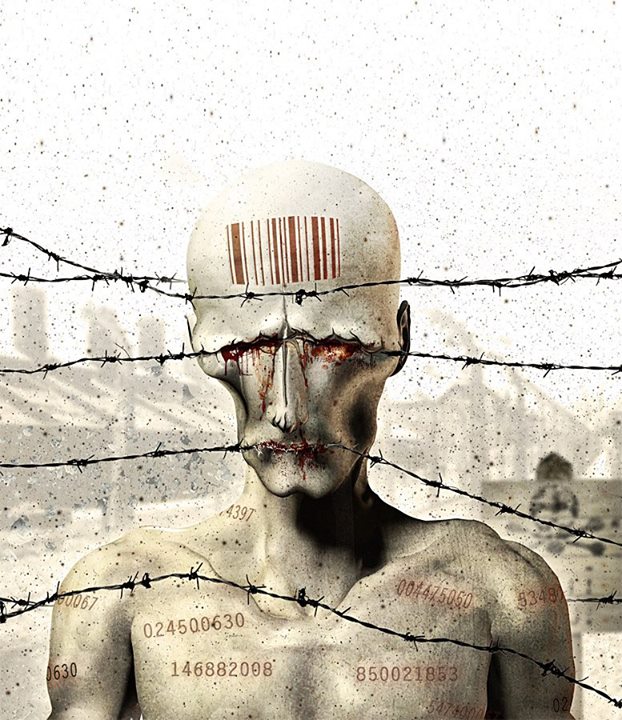 2 thoughts on “Death of Money”