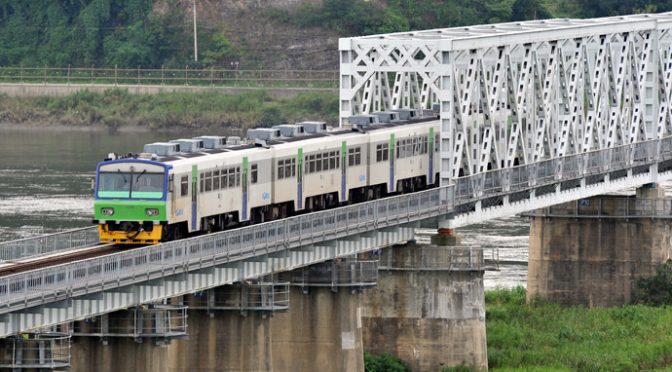 Some of the powerful bloodlines behind the Cabal are in Asia, and the economic power is slowly moving towards the East. Are these bloodlines responsible for it?
Or, is the Dragon Family totally independent from them and is the one responsible for the persistent Asian Economic Miracle?

Russia will team up with North and South Korea in a railroad construction project that could restore peace between the two neighbors. The link will extend the world’s longest railroad, so goods can be shipped between Europe and Korea 3x faster.
Russia’s Minister for Far East Development Aleksander Galushka announced the plan to extend the Trans-Siberian Railroad at a meeting in Vladivostok on Thursday.
The expansion would provide a link between the Korean peninsula and Europe’s $17 trillion economy, making Russia a major transit route between Europe and Asia. Shipping by rail is nearly 3 times faster than via the Suez Canal, Russian Railways CEO Vladimir Bakunin has said.
“We have agreed to launch trilateral projects between Russia, DPRK and South Korea with a focus on the railroad project. It’s important to extend the Trans-Siberian Railroad to the Korean peninsula. It will serve to stabilize and improve the situation on the Korean peninsula as a whole,” Galushka said at the sixth annual Russian-Korean meeting on trade, economic, educational, and scientific cooperation.
Russian Railways has already started a direct rail service between Hamburg, Germany and Zhengzhou, China, a journey that only takes 15 days via Kazakhstan, Russia, Belarus, and Poland.
Up until now, North Korea has been very hesitant in letting in foreign partners to develop its aging and decrepit rail system.
continue reading »
Please support us by downloading our Towards Healthcare Emancipation – Premium Edition, a fully illustrated eBook about how you can implement a low cost but extensive and decisively effective healthcare system in the comfort of your own home.
With this eBook you can easily defeat cancer, AIDS and all other parasitic diseases for good. Find out more about it here.
The proceeds from this book will be used to fund our next project, Towards Energy Emancipation.
The aim is to make the subject of free energy more understandable for the layman so that anybody could replicate and install his own power plant and be completely living off-grid.
If you haven’t done so, please like our FB page to encourage others to learn more about our work.
Thank you very much for your valuable support.

One thought on “Trans-Eurasian Rail Project to Korea”