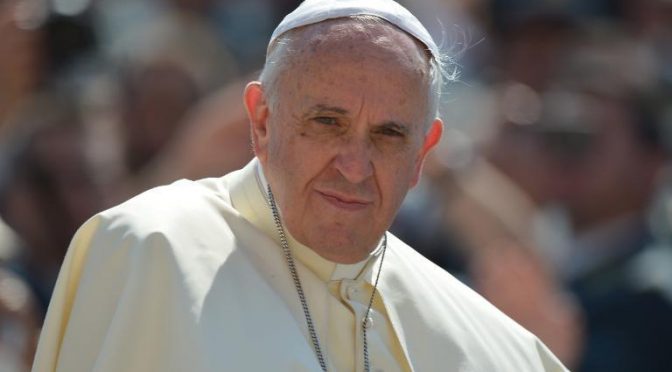 Based on our previous posts [here and here], we are expecting the Jesuit White Pope to resign sooner than expected due to persistent global disclosures about his involvement in the 9th Circle Satanic Rituals involving murder and rape of children.

We are very grateful to the International Tribunal for Crimes of Church and State, and other likeminded organizations aiming for the complete overthrow of the worst criminal organization mankind has ever known.
The possibility that this is only a mere ploy to lower our guards down is still not remote. Afterall, we are dealing with one of the most wicked animals in the Pontificate.

By Daniel Bosque June 13, 2014 9:50 AM
Barcelona (AFP) – Pope Francis said in an interview Friday he will ask God’s advice when the time comes to consider retiring like his 87-year-old predecessor Benedict XVI. 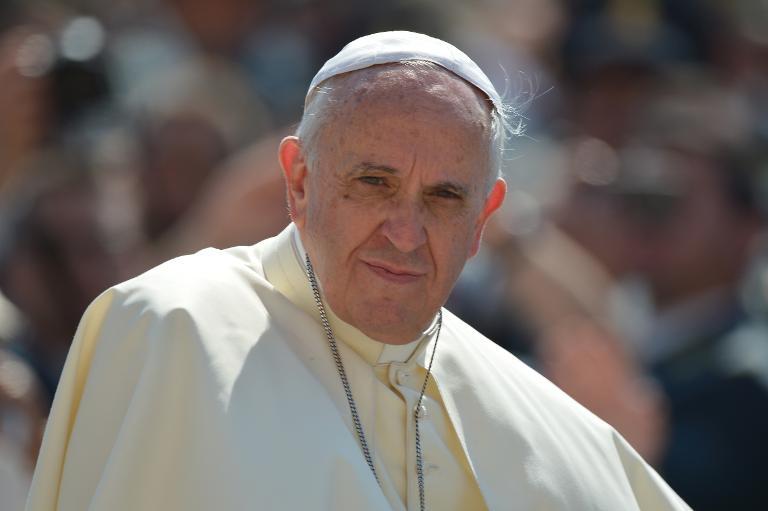 Benedict last year became the first pope to resign since the Middle Ages, retiring from public life to live in a former monastery inside the Vatican City walls.

“Since we live longer, we get to an age at which we can no longer carry on with things,” the 77-year-old Francis said in a wide-ranging interview with the Vatican correspondent of Barcelona-based daily La Vanguardia.

The pontiff said Benedict made a “great gesture” when he left his position as leader of the Church, opening the door to the possibility of emeritus popes.

“I will do the same as he did: ask the Lord to show me when the moment comes and tell me what to do, and he will tell me for sure,” said the spiritual leader of the world’s 1.2 billion Roman Catholics.

The pope alluded to his mortality when admitting that he took a risk when he avoided riding in the closed-in “popemobile”.

“I cannot greet the people and tell them I love them inside a sardine can, even if it is glass,” he said, describing the protection as a “wall”.

“It is true something could happen to me but let’s be realistic, at my age I do not have much to lose,” the pope said.
Following his first visit to the Middle East as pope last month, the pontiff criticised fundamentalism in Christianity, Islam and Judaism as a form of violence. 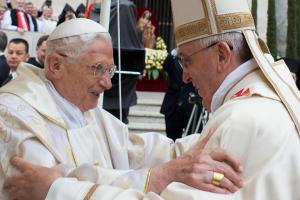 “Violence in God’s name does not fit with our times. It is something old. With historical perspective, we have to say that we Christians, at times, have practiced it,” he was quoted as saying.

“Today it is unimaginable.”
– ‘It’s madness’ –
Anti-Semitism, the pope said, seemed to be linked more to the right-wing than to the left, though he could not explain why.
“And it still continues. We even have people who deny the Holocaust, which is madness.”
Pope Francis said he was worried about drives for independence in lands such as Scotland and Catalonia.
The Argentine pontiff said separatism was understandable in cases such as former colonies and the former Yugoslavia, but said these models did not apply in all cases.
“Any division worries me,” he said.
He cited cases such as Scotland, the northeastern Spanish region of Catalonia and the northern Italian region of Padania, saying these did not have the same history of “forced unity”.
“There are obviously peoples with cultures so diverse that they cannot be stuck together even with glue. In the case of Yugoslavia that is very clear but I wonder where it is so clear in other cases of peoples who until now have been together,” he was quoted as saying.
Pope Francis reserved harsh criticism for the global economic system, saying it leaves millions of young unemployed, puts money ahead of people and survives on the profits of war.
“It’s madness,” the pope said.

“We discard a whole generation to maintain an economic system that no longer endures, a system that to survive has to make war, as the big empires have always done,” Francis said. 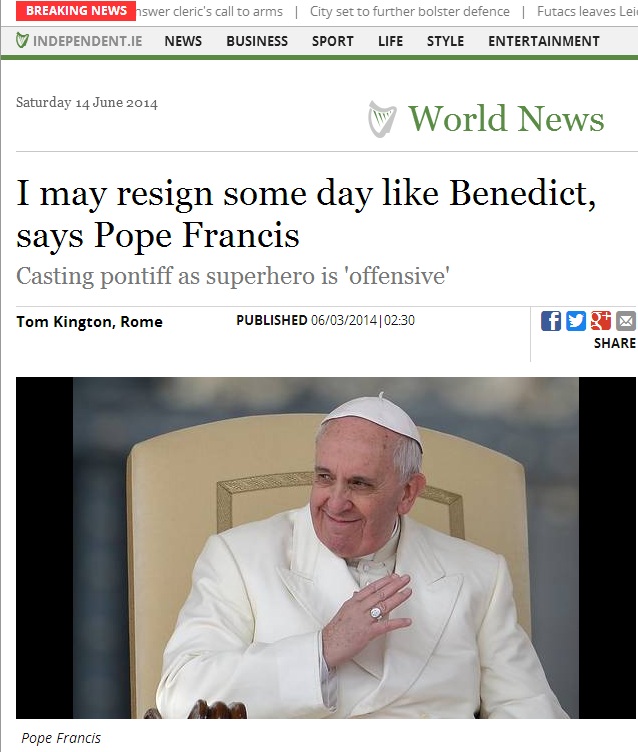 Pope Francis has said that the Catholic Church should officially grant an active role to retired popes, raising the possibility that he may himself one day choose to follow the precedent set by Pope Benedict, and retire rather than die in office.
“Benedict is the first, and maybe there will be others. We don’t know,” Francis said in an interview given to Italian daily ‘Corriere della Sera’.
Francis also revealed he continues to telephone, out of the blue, people who write to him, including an 80-year-old widow who he calls once a month, and he revealed that he had a crush on a girl while serving in a seminary.
But he also urged his millions of admirers not to build a personality cult around him, claiming that depicting the pope as “a sort of superman” was “offensive”.
In the interview, Francis praised the gradual re-emergence of former Pope Benedict, who claimed he would disappear from public view to a life of prayer when he stepped down in February 2013 at the age of 85, becoming the first pontiff to retire in 600 years.
Benedict was greeted warmly by cardinals when he made a surprise appearance at a Vatican concistory in St Peter’s, held to appoint new cardinals last month.
Francis argued that retired popes should have an active role similar to retired bishops, who often continue to represent the church after they retire at 75.
The position of emeritus bishop, he said, “is an institution,” adding, “the same thing needs to happen for the emeritus pope.”
Francis said Benedict “is discreet, humble and doesn’t want to disturb,” but added, “we spoke and we decided together that it would be better if he saw people, got out and participated in the life of the church.”
Turning to his own popularity and the stories emerging about his informal behaviour, Francis warned his admirers against creating “a certain mythology around Pope Francis”, and denied the story that he creeps out of the Vatican at night to give food to tramps.
SUPERMAN
Yesterday, a new Italian weekly magazine was issued devoted to Pope Francis, while graffiti has appeared in Rome depicting Francis as a superhero.
“Portraying the pope as a superman, a type of star, seems offensive,” he said. “The Pope is a man who laughs, cries, sleeps tranquilly and has friends like everyone. A normal person.”
Turning to the child-abuse scandals which have plagued the church and brought fierce criticism recently from the UN for the way that senior prelates covered up for abusive priests, Francis defended the church’s behaviour to the hilt.
“The Catholic Church is possibly the only public institution to have acted with transparency and responsibility,” he said. “No one else has done more.” (© Daily Telegraph, London)
Irish Independent

Pope Francis has said that the Catholic Church should officially grant an active role to retired popes, raising the possibility that he may himself one day choose to follow the precedent set by Pope Benedict, and retire rather than die in office. – See more at: http://www.independent.ie/world-news/i-may-resign-some-day-like-benedict-says-pope-francis-30067561.html#sthash.ySye8oT5.dpuf