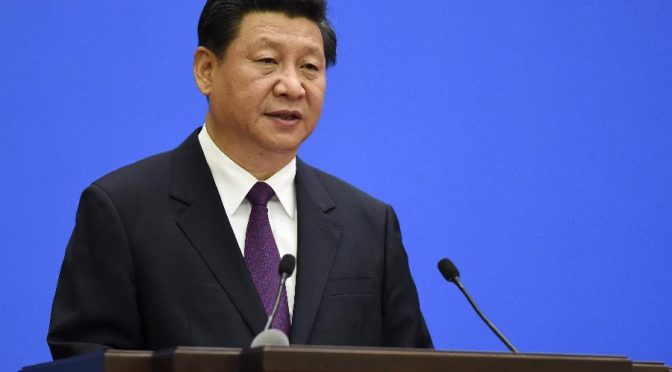 While Western corporate governments are busy fomenting wars everywhere, three Asian countries are celebrating their 60th anniversary of peaceful coexistence, throwing, along the way, a few nuggets of Oriental wisdom, among which: 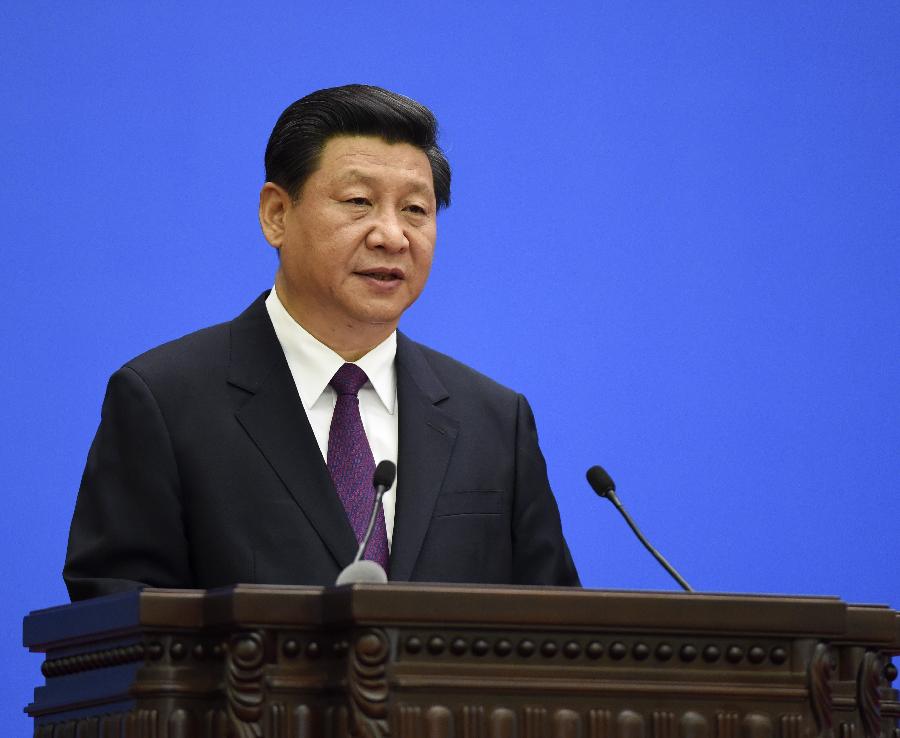 BEIJING, June 28 (Xinhua) — Chinese President Xi Jinping on Saturday called on countries to uphold common security, saying flexing military muscles only reveals the lack of moral ground or vision rather than reflecting one’s strength.
Xi made the remarks in a keynote speech at a commemoration marking the 60th anniversary of the Five Principles of Peaceful Coexistence at the Great Hall of the People in downtown Beijing.
Stressing that security should be universal, Xi said all countries have the right to participate in international and regional security affairs on an equal footing and shoulder the shared responsibility to maintain security both internationally and in various regions.
“We should champion common, comprehensive, cooperative, and sustainable security, and respect and ensure every country’s security,” Xi told a 700-strong audience.
“It is unacceptable to have security just for one country or some countries while leaving the rest insecure, and still less should one be allowed to seek the so-called ‘absolute security’ of itself at the expense of others’ security,” he said.
He called on countries to step up cooperation at the global and regional level and jointly counter non-traditional security threats which are on the increase, fight against terrorism of all forms and remove the breeding ground of terrorism.
Disputes and differences between countries should be resolved through dialogue, consultation and peaceful means, Xi said, adding that countries should increase mutual trust, and settle disputes and promote security through dialogue.
“Willful threat or use of force should be rejected,” said Xi. “Flexing military muscles only reveals the lack of moral ground or vision rather than reflecting one’s strength.”
He said security can be solid and enduring only if its is based on moral high ground and vision.
“We should work for a new architecture of Asia-Pacific security cooperation that is open, transparent and equality-based, and bring all countries together in a common endeavor to maintain peace and security in both our region and the world,” Xi said.
Myanmar President U Thein Sein and Indian Vice President Mohammad Hamid Ansari participated in the commemoration and delivered speeches.
Also present at the commemoration were Chinese Premier Li Keqiang, top legislator Zhang Dejiang and top political advisor Yu Zhengsheng.
In 1954, leaders of China, India and Myanmar initiated the Five Principles of Peaceful Coexistence, which stand for mutual respect for sovereignty and territorial integrity, mutual non-aggression, non-interference in each other’s internal affairs, equality and mutual benefit, and peaceful coexistence.
source »
Please support us by downloading our Towards Healthcare Emancipation – Premium Edition, a fully illustrated
eBook about how you can implement a low cost but extensive and decisively effective healthcare system in the
comfort of your own home. With this eBook you can easily defeat cancer, AIDS and all other parasitic diseases for
good. Find out more about it here. The proceeds from this book will be used to fund our next project, Towards
Energy Emancipation. The aim is to make the subject of free energy more understandable for the layman so that
anybody could replicate and install his own power plant and be completely living off-grid. If you haven’t done so,
please like our FB page to encourage others to learn
more about our work. Thank you very much for your valuable support.