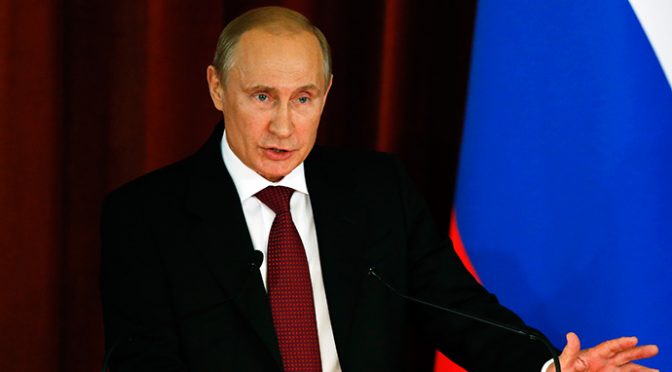 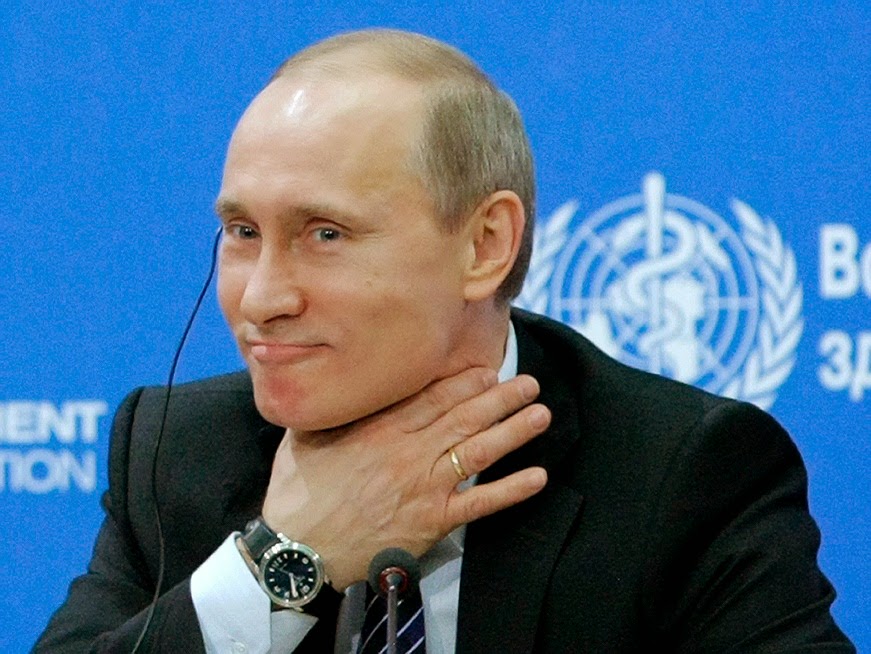 The international bankers want Putin’s head and they have $20,000,000,000 painful reasons. A recent revelation by a French source details Putin’s incredible double coup that made Russia gain $20 billion in a few days and recover most of the shares owned by West European and American investors in Russia’s largest energy companies.

The foreign (American and European) ownership of a large portion of shares in the energy industry meant that almost half of the revenues of the gas and oil industry did not go into coffers of the Russian Federation, but into the pockets of Western financial ‘sharks,’ as the French commentator says. It was Yeltsyn’s legacy.
At the beginning of of the Crimean crisis the ruble started to fall but the Central Bank of Russia did nothing to prop it up. Rumors started spreading that Russia simply did not possess the reserves necessary to maintain the ruble.
These rumors and Putin’s declarations of intent to support the Russian-speaking population of Ukraine led to a plunge in the price of the shares in Russian energy companies, which made the “sharks” rush to sell their shares before they might lose their entire value. Putin waited a whole week apparently doing nothing but smiling at press conferences (which was interpreted as trying to show a brave face), but when the shares almost touched bottom he gave instructions to rapidly buy them up from European and American owners.
When the “sharks” realized they had been had it was already too late: the shares were all in Russia’s hands. Not only did Russia gain $20 billion in only a few days, it also brought home the market shares of its industries. Now the revenues from oil and gas will stay in Russia rather than go abroad, the ruble has been restored without having to touch Russia’s gold reserves, and the “sharks” have been thwarted.
source »

Putin to West: Stop turning world into ‘global barracks,’ dictating rules to others 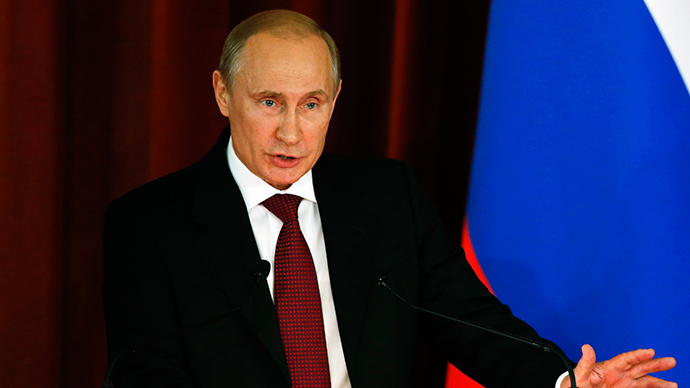 Russia’s president has blamed the turmoil in Ukraine on the country’s newly-elected leader Petro Poroshenko. Vladimir Putin also criticized the West for its intention to turn the planet into a “global barracks.”
Russia’s president has laid the blame for the ongoing turmoil between Kiev and south-eastern regions squarely at the feet of Petro Poroshenko, after the Ukrainian leader terminated the ceasefire.
He has stressed that Russia and European partners could not convince Poroshenko to not take the path of violence, which can’t lead to peace.
“So far, Petro Poroshenko had no direct relation to orders to take military action. Now he has taken on this responsibility in full. Not only military, but also political, more importantly,” Putin said.
On Monday, the leaders of Russia, France, Germany and Ukraine held a phone call in which Putin stressed the need to prolong the ceasefire and the creation of “a reliable mechanism for monitoring compliance with it and the OSCE [Organization for Security and Cooperation in Europe] should play an active role.”
Russia offered that checkpoints on the Russian side should be monitored by representatives of the Ukrainian Border service as well as OSCE observers for “the joint control of the border.”
continue reading »
Please support us by downloading our Towards Healthcare Emancipation – Premium Edition, a fully illustrated eBook about how you can implement a low cost but extensive and decisively effective healthcare system in the comfort of your own home.
With this eBook you can easily defeat cancer, AIDS and all other parasitic diseases for good. Find out more about it here. The proceeds from this book will be used to fund our next project, Towards Energy Emancipation. The aim is to make the subject of free energy more understandable for the layman so that anybody could replicate and install his own power plant and be completely living off-grid.
If you haven’t done so, please like our FB page to encourage others to learn more about our work. Thank you very much for your valuable support.