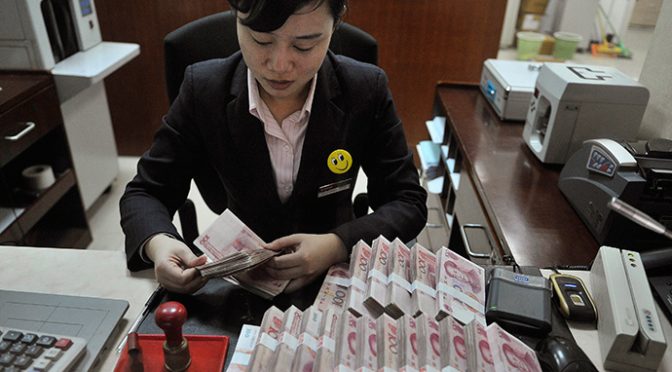 For doing a sloppy job, China just slap the World Bank with its own development bank separate from the BRICS itself.
It’s initial project is to  revive the centuries old Silk Road… However my country’s corporate government, being a complete whore and fully submissive to Washington, keeps on asserting its imagined sovereignty over territories it does not own, for it owns nothing and never has the right to exist in the first place.

China is moving forward with a plan to create its own version of the World Bank, which will rival institutions that are under the sway of the US and the West. The bank will start with $100 billion in capital.
The Asian Infrastructure Investment Bank (AIIB) will extend China’s financial reach and compete not only with the World Bank, but also with the Asian Development Bank, which is heavily dominated by Japan. The $100 billion in capital is double that originally proposed, the Financial Times (FT) reported.
A member of the World Bank, China has less voting power than countries like the US, Japan, and the UK. It is in the ‘Category II’ voting bloc, giving it less of a voice. In the Asian Development Bank, China only holds a 5.5 percent share, compared to America’s 15.7 percent share and Japan’s 15.6 share.
At the International Monetary Fund, China pays a 4 percent quota, whereas the US pays nearly 18 percent, and therefore has more influence within the organization and where loans go.
“China feels it can’t get anything done in the World Bank or the IMF so it wants to set up its own World Bank that it can control itself,” the FT quoted a source close to discussions as saying.
To date, 22 countries have expressed interest in the project, including oil-rich Middle Eastern nations, the US, India, Europe, and even Japan, the FT reported.
“There is a lot of interest from across Asia but China is going to go ahead with this even if nobody else joins it,” the FT source said.
Funding for the Asian Infrastructure Investment Bank will mostly be sourced from the People’s Republic of China and be used to pay for infrastructure projects.
The bank’s first project will be a reincarnation of the ancient Silk Road, the vast network of trade routes between China and its regional neighbors. Another proposed project is a railway from Beijing to Baghdad.
The idea for the bank was first floated in October 2013, when China unveiled plans to create the bank. Then it was initially to be funded with $50 billion in capital.
Separately, the BRICS nations plan to have a $100 billion development bank ready by 2015.
Funds will be reserved for emerging market members who are often bypassed by institutions like the IMF and World Bank.
Bank preparations will likely be finalized at the 6th annual BRICS summit on July 14-16, when the five world leaders convene in Brazil.
source » 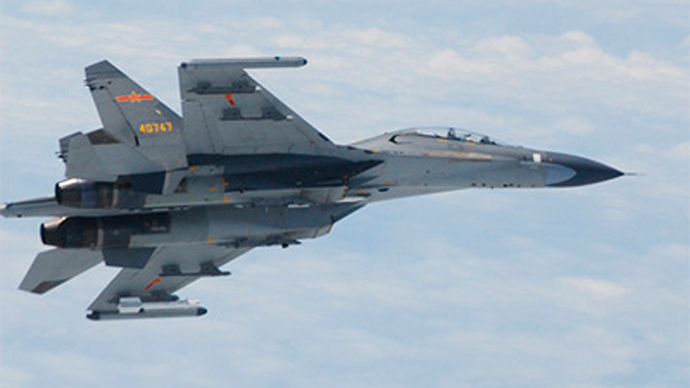 There are two powerful countries, China and Japan, and Japan is in a military alliance with the US, so in case of conflict between them there could be a nuclear stand-off, Conn Hallinan, a Foreign Policy In Focus columnist, told RT.
RT: Japan is on the verge of making a historic step. Do you think it’s the right step to make?
Conn Hallinan: I think that people should be very concerned about this. I am a little surprised that the world is not as concerned as it ought to be. Right now if I were to pick a single most dangerous region in the world right now it wouldn’t be the Middle East and it wouldn’t be the Eastern Europe, it would be the East China Sea. This move by the Japanese Prime Minister to essentially change the constitution by fear, they are not going to voters to change the constitution, they are reinterpreting it so that self-defense now allows the Japanese military to project forces in other places, and that could be the Taiwan Straits, it could be the South China Sea, it actually could be the East China Sea. I really think there should be a concern here because we have two very powerful countries, China and Japan, and Japan is in a military alliance with the US. So if there is any kind of dustup between Japan and China, then we are talking about two nuclear powers butting heads. I’m a little bit surprised that people are not more concerned about this situation than they are.
RT: There’s been a case of self-immolation in protest against this move. How will the Japanese react to this push?
CH: There is only about 35 percent of the Japanese population that supports any change in what they call “the peace constitution”. It was never a pacifist constitution because the Japanese have significant self-defense forces. The figures that I have seen is that a little over 50 percent, and depending on the question asked it could be up to 70 percent, are opposed to changes in the constitution. So Prime Minister Abe obviously cannot take the change of the constitution to the Japanese people. He can put it out to the vote, he would lose the vote. So essentially what he is doing is this bureaucratic maneuver, but of course the effect of the bureaucratic maneuver is still that the constitution is going to be changed. And if you keep in mind what it allows Japan to do, it is similar what the US did in Iraq, which is they defined their self-defense as overthrowing Hussein’s regime in Iraq, and therefore, they invaded Iraq.
RT: What would Japan’s neighbors think/do if the motion goes through? Who will benefit from this move aside from Japan?
CH: For one thing it will be, and it is already going on at this point, that there will be the erection of the alliance system, not terribly dissimilar to the alliance system that was set up by the western powers against the Soviet Union in the late 1940s-1950s, so essentially what you have is the US and Japan, to a certain extent Australia and Philippines bringing countries into alliance that is directed at China.
The Chinese have reason to be concerned now, their security in the last 150 years; they haven’t had a lot of very good experiences with violation of their borders, so the Chinese are very aggressive in defending their borders. I think they have been a little bit too aggressive and they have a kind of gone a kind of overboard in relationship to the Philippines and Vietnam. So one thing you should get in an alliance system: every time you get an alliance system, there is always a possibility that somebody is going to do something stupid, and all of a sudden you have got an alliance system and you have got two military powers that are locking horns. It doesn’t take much for somebody to miscalculate what they are doing with their ship or airplane or warplanes that are flying wing-to-wing, they are right up next one to another flying in the radar system. This is the kinds of things that mistakes can happen. Wars don’t always start by desire, sometimes what happens is that you have got a lot of stuff in place like alliances and then somebody does something. It’s kind of dumb, and all of a sudden people are shooting one another and it is going to be hard for any of the primary actors, particularly for the US, Japan and China to back down from that. That’s what concerns me.

The statements, views and opinions expressed in this column are solely those of the author and do not necessarily represent those of RT.