There’s another state of water and it has been disclosed out from the black budget project.
As we may already know, at least 80% of the human body is water. It’s even more than that actually. Replenishing all of it would mean 80% new you.
In one case, a lady was prescribed to consume 3 liters a day, and the result was astonishing.

So, if we instead consume H3O2 rather than the regular filtered water, we may gain more than this lady is having. 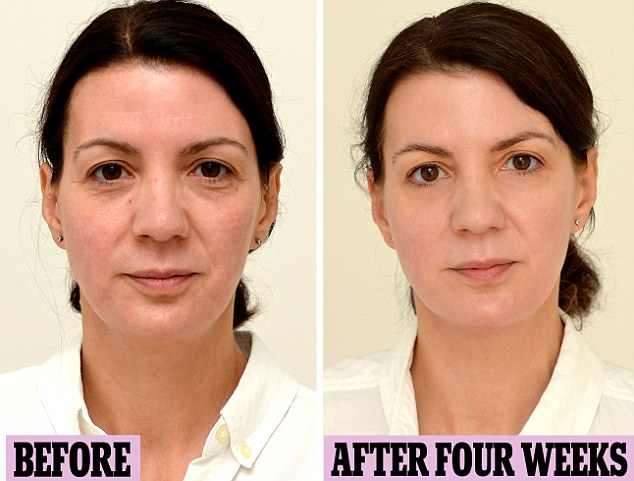 Drinking three litres of water a day took TEN YEARS off my face: Sarah, 42, was hoping to solve her headaches and poor digestion… just look what else happened

You might think I’d have little in common with a camel, but we do share one useful skill: both of us can go for a very long time without water.
Usually I start my day with a cup of tea, then I might have a glass of water with my lunch and one with dinner – that’s about a litre of liquid in 24 hours. It feels like plenty, but apparently it’s not nearly enough.
After years of suffering headaches and poor digestion I spoke to a neurologist about my regular headaches and a nutritionist about my poor digestion, and both told me I should be drinking up to three litres of liquid a day for my body to function at its best.
continue reading »

This is a very important interview involving the healing properties of a special kind of water created by a black project scientist who was working to cure his wife. He succeeded and since then, via word of mouth the story spread.
Eventually, he teamed up with Jef Harvey another scientist and alternative health practitioner who was told he had only a few days to live. After using this water he recovered from life threatening, kidney and liver damage and is now dedicated to making this water available to the world.
[youtube=http://www.youtube.com/watch?feature=player_embedded&v=Q4-fqkl9zgo]
Click here for the MP3

Jef Harvey Background  (Jef is spelled with one “F”)…

Jef spent six years in the United States Navy and was inducted into a watcher group that infiltrated many of the Jesuit/Knight of Malta controlled military organizations. He was assigned to EC Division, an electronics unit and worked in the Intelligence Center on board the now decommissioned aircraft carrier CV-67.

More than 15 years of work experience as employee of “Fortune 200” size corporations and more than 35 years as an entrepreneur founder with three start-up companies to his credit. Took a startup company with $5 million initial investment to NASDAQ with a peak market cap of over $120 million. Consulted to major Fortune 50 companies on technology and strategic planning. He holds 24 U.S. patents, and at least 24 U.S. patents are in application stages. Has licensed some of his patents to major corporations for high definition displays and 3D. Has done design work for the Disney Corporation. Built and invented a laser video projector in use by US government and other entities. Built a computer disk that is 1 million times faster than the ones in use today. Worked on and help design fighter cockpit displays. Helped on displays for submarines.

Youngest recipient of a National Science Foundation grant (16) when he received it. He had to get permission to receive the grant as he was not of legal age, and also had to be driven to and from the University and NSF site because he was not old enough to drive. Started as a rocket scientist for a major contractor to US government at the age of 16 in theoretical mathematics and space flight mechanics and propulsion systems while attending high school. Was a manager for aeronautics contractor by the age of 21. Attended university also during high school at age of 16. Was the youngest in his class and graduated at age of 17 from a private school.

Award of Merit for Technology for the Olympic Games.

FOR MORE INFORMATION OR TO DO FURTHER INVESTIGATION:

(the above link sells the cosmetics for half price)

NOTE: When you listen to the interview with Marcola you will see he does not endorse any of the people who produce H3O2 or their health claim.