The Keenan Group has posted a synopsis of the history of the Kingdom of Hawaii, i.e. how it was illegally annexed into the United States, Inc.

The Life of The Land is Preserved in Righteousness

The Life of The Land is Preserved in Righteousness

By the Keenan Team

“The surrounding ocean and life within and beneath are under my protection. Our history and all the bones of the dead are under my protection. Our culture and traditions are under my protection. Every Kanaka Maoli and non-Hawaiian, who is a citizen or subject of the Kingdom, is under my protection. Everything throughout this Archipelago, to include all the sacred Heiau and ancient burial sites, is under my protection. It is my anointed and sacred duty to protect our Kingdom and perpetuate our culture and traditions so that they continue throughout the ages, well after the time when we are all gone. Every good and bad thing that happens throughout this Kingdom is my kuleana; I am the King and answerable only to Akua, God of the Most High.”  His Majesty Edmund Keli’i Silva, Jr., King of Hawaii
As we continue along the golden brick road toward a deeper understanding of relevant geopolitical events occurring on both the national and worldwide stage, let us turn our focus of attention toward The Kingdom of Hawaii. It is little known in the West the process by which the Kingdom of Hawaii was annexed by THE UNITED STATES CORPORATION and later in 1959 to “officially” become its 50th State. 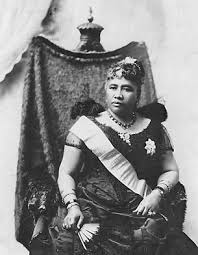 “No army can be stronger than an idea whose time has come.”