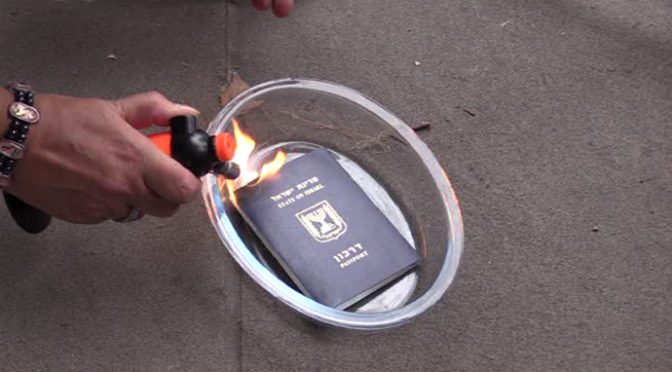 Today, we continue to witness a gradual yet profound reversal of Jewish opinion. 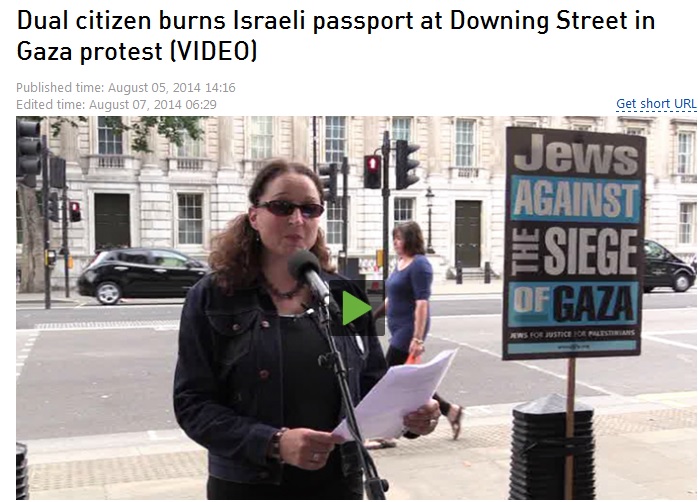 A British citizen has renounced her dual nationality by burning her Israeli passport outside Downing Street in a protest against the IDF’s assault on Gaza, and the British government’s ongoing support for Israel. 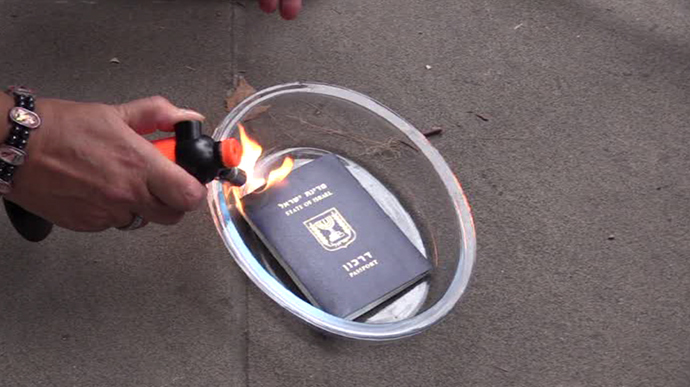 Sonya Levene, supported by the campaign group Jews For Justice For Palestine, told onlookers she wished to denounce Israel’s actions in Gaza, which have killed more than 1,800 people according the official UN estimates.
“Why should I, a third generation British Jew of Eastern European heritage with no link to Israel, accept what the Zionists would have you believe is written in the Bible?” Levene said in a speech at the gates to Downing Street.
continue reading » 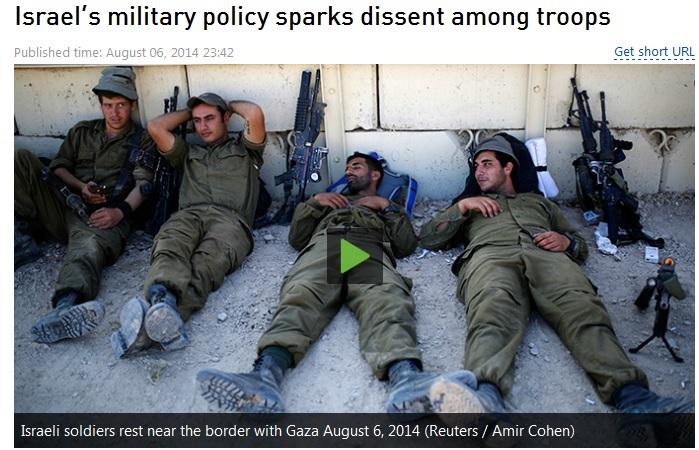 Dissenting voices are being heard among the Israeli military, as the IDF withdraws its forces from Gaza. Over 1,800 Palestinians – the vast majority of them civilians – were killed in the almost month-long operation.
The week has brought what relentless rallies around the globe have been continuously demanding. On Tuesday, Israel declared that its mission in the Gaza Strip had been accomplished; Hamas tunnels and hideouts were destroyed and troops could finally withdraw. As of Wednesday, over 1,800 Palestinians had been killed – most of them civilians, including hundreds of women and children, according to the UN.
Though Prime Minister Benjamin Netanyahu has praised the Israel Defense Forces as a “moral” army, some within the military disagree.
Yehuda Shaul, co-founder of Breaking the Silence – an organization of veteran Israeli combatants – told RT’s Paula Slier that many soldiers are questioning Israel’s actions.
“There are a lot of soldiers who come back and say to themselves, ‘What the hell are we doing here? Why are we using so much force? Why are we treating them this way?’” he said.
continue reading »

The American people’s awareness of the US support of Israel’s savage war on the Gaza Strip indicates the end of US media monopoly, an analyst writes for Press TV.

“The obscene US media behavior was possible during past conflicts because there was nowhere else to go, but now the US media monopoly stands busted, with truth leaking out from a thousand pores,” Shamus Cooke wrote in a column for the Press TV website.
He said the American public has been turning to alternative media to get news about the Zionist regime’s military aggression against the besieged Gaza Strip.

“Worse still was when millions of Americans watched [President Barack] Obama blather about a ceasefire while simultaneously re-supplying Israel with weapons in the middle of the conflict,” wrote Cooke.

The analyst said “political consciousness” is emerging among the American people about the policies of the US government.
He said the Americans will no longer believe Washington’s “lie” that the government is facing budget deficit for jobs, healthcare and social services, adding, “They (the Americans) are watching hundreds of billions of their tax dollars find expression in the Israeli demolishing of Gazan homes, with families buried under the debris.”
The White House recently said the relationship between Washington and Tel Aviv “remains strong and unchanged” despite Israel’s targeting of United Nations schools in Gaza.
The Israeli regime’s military attacks on the Gaza Strip claimed the lives of nearly 1,900 Palestinians, including more than 400 children, and wounded over 9,500 others.
Tensions have been running high in the occupied West Bank since Israel launched the deadly military operation against Gaza on July 8.
KA/HSN/SL

Beinart notes that Israel’s American supporters are gradually dying off: “According to Gallup, while Americans over the age of 65 support Israel’s actions by a margin of 24 points, Americans under 30 oppose them by a margin of 26 points.” It seems inevitable that in the not-so-distant future, the US – Israel’s lone supporter on the world stage – will turn against the Zionist entity. When that happens, Kissinger’s prophecy that Israel will cease to exist will be fulfilled. 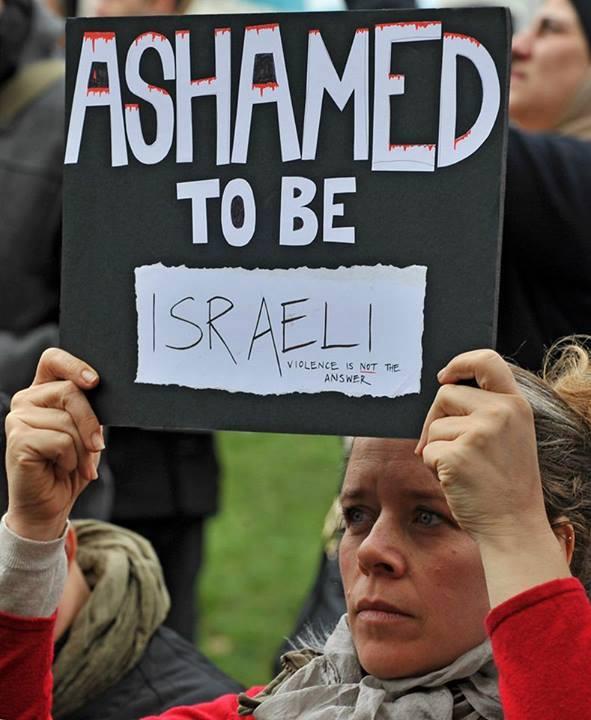