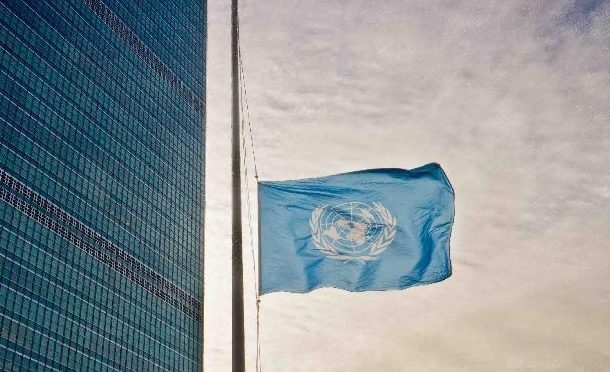 Israel’s insatiable aggression against Palestine gain no considerable advantage for its people. In fact, it has created a backlash from within.
Back in 2007, there was an article of an Israeli pilot who questioned the wisdom of constantly terrorizing the Palestinians in order to assure security for Israel, when it’s very clear they are making more enemies in the process.
Seemingly realizing that his proxy wars everywhere are not working, Obama is now courting the Africans, and probably hoping shallow diplomacy might still work.
With his latest action, Obama is in for another scolding from his boss, Bibi Netanyahu, as the latter prefers the diplomacy of the guns. It has  now become common knowledge, that all US proxy wars are Israel’s, too. 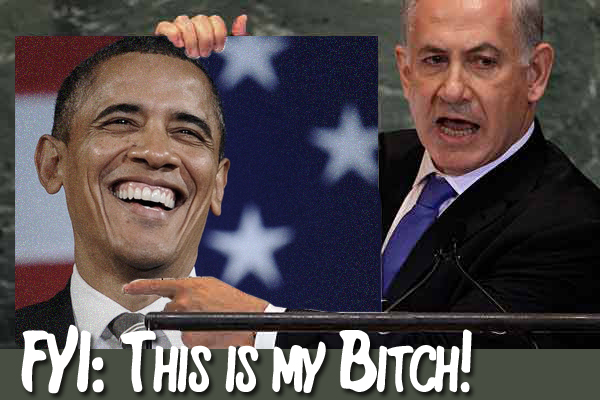 But what can Obama do at this point when even the sanctions against Russia are hurting US companies more than its intended target?
In fact, all Russia needs to do is increase its business interaction exclusively within BRICS and NAM countries. This would isolate the entire G7 from its global economic intercourse.
To put it simply, who needs US and Israel?
Both countries know nobody needs them, and so they keep creating the situation that we must.
There is therefore some merit to the alarm of another terror inside America.

Should be Referred to the International Criminal Court

Indeed,  a French lawyer filed a complaint with the ICC on July 25, 2014 on behalf of the Palestinian justice minister.  The complaint alleges that Israel committed war crimes – citing Israel’s military occupation of Palestinian territories, Israel’s blockade of the Gaza Strip and the ongoing military operations there.
Numerous prominent British legal experts have also requested that the ICC investigate Israeli war crimes in Gaza, stating:
Reports produced by non-governmental organisations following preliminary investigations strongly suggest that crimes within the jurisdiction of the International Criminal Court have been and are being committed. Supporting information is appended to this letter. Additional information, including from “States, organs of the United Nations, intergovernmental or non- governmental organizations [and] other reliable sources” (article 15(2)) is readily and widely available. Eye witness accounts have been documented, and “written or oral testimony” can be provided by victims and others (article 15(2)). There can be no doubt as to the “seriousness  of the information” available (article 15(2)).
The United Nations Secretary General, Ban Ki Moon, has called for “accountability and  justice”. That call has been echoed by the United Nations High Commissioner for Human Rights, Navi Pillay, who has underscored the need for “real accountability considering the increasing evidence of war crimes”.

All the requirements for the initiation of an investigation pursuant to article 15 are clearly made out. The “information available to the prosecutor provides”, at the very least, “a  reasonable basis to believe that… crime[s] within the jurisdiction of the Court ha[ve] been or [are] being committed” (article 53(1)(a)).
Israeli prime minister Benjamin Netanyahu is worried … as shown by the fact that he has asked the U.S. for help in avoiding war crime charges.
Postscript: The ICC has said that it does not have jurisdiction over Israeli war crimes in Gaza, because the Palestinians have not yet accepted the ICC’s jurisdiction (perhaps because they are worried that Hamas has also committed war crimes).  However, Palestinian leaders now appear ready to submit to ICC jurisdiction.
source »

Thousands of people around the world have staged rallies in condemnation of Israeli military strikes against Palestinians in the besieged Gaza Strip.

On Saturday, pro-Palestinian activists poured to the streets of New York City to condemn the Israeli attacks against Gazans. The protesters lined Manhattan streets and then marched at the United Nations headquarters.
The activists chanted “Free, free Palestine!” and “Occupation is a crime!”
“What they’re doing is wrong,” a demonstrator said referring to the Israelis. “I’m here to protest what’s going on in Gaza. What’s going on is wrong — bad things like killing children.”
Elsewhere, in South Africa’s port city of Cape Town, pro-Palestinian demonstrators took to the streets to slam Israel’s killing of innocent civilians.
A protest rally was also held in Tel Aviv on Saturday against Israel’s ongoing offensive on the besieged Gaza Strip. The demonstration was held despite a police ban on gatherings. The protesters called for an end to the bloodshed in Gaza, urging the Israeli authorities to lift the years-long blockade of the impoverished region.
continue reading »

#GazaDayofRage: Tens of thousands take to streets worldwide in support of Palestinians 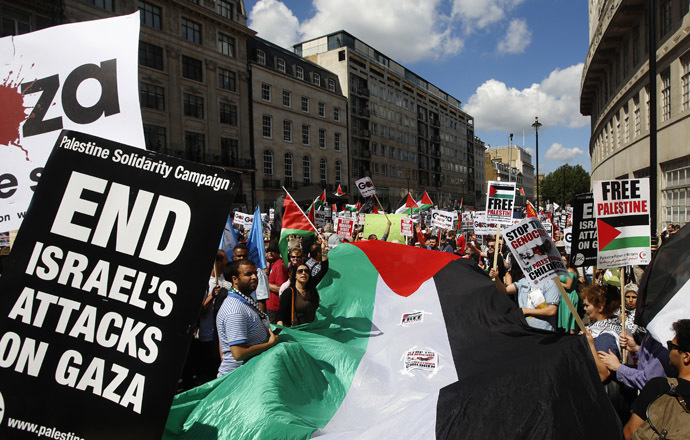 People across the globe have gathered to support the plight of Gaza, with the most impressive turnout taking place in London. Since the start of the Israel-Hamas conflict a month ago, over 1,800 Palestinians – mostly civilians – have been killed.
The calls to rally came from the International Solidarity Movement, Palestinian Solidarity Campaign (PSC) and Stop the War coalition.
The latter issued a statement on its website to Londoners, urging for “the largest UK demonstration for Gaza,” and listing the reasons why Londoners should take part.
continue reading »

Kicking Israel Off The Planet

The duty to expel Israel from the UN


By Bruce Tyler Wick
Killing the peacemakers IS different–not morally, but politically. This is factually demonstrable.
In a video interview with “Democracy Now!,” author and scholar, Norman Finkelstein, told Amy Goodman and Aaron Mate, how the latest ceasefire in Gaza, since expired, came about:
Each day he [President Obama] came out, he or one of his spokespersons, and said, “Israel has the right to defend itself.”  Each time he said that, it was the green light to Israel that it can continue with its terror bombing of Gaza.  That went on for day after day after day, schools, mosques, hospitals targeted.
But then you reached a limit.  The limit was [reached,] when Israel started to target the U.N. shelters—targeted one shelter, there was outrage; targeted a second shelter, there was outrage.  And now the pressure began to build up in the United Nations.
This is a United Nations—these are U.N. shelters. And the pressure began to build up.  It reached a boiling point with the third shelter.  And then Ban Ki-moon, the comatose secretary-general of the United Nations and a U.S. puppet, even he was finally forced to say something, saying these are criminal acts.
Obama was now cornered.  He was looking ridiculous in the world.  It was a scandal.  Even the U.N. secretary-general, Ban Ki-moon, was now calling it a criminal act.   So finally Obama, the State Department said “unacceptable,” “deplorable.”   [Transcript, emphasis added].
Continue reading »

Obama’s Africa Summit: a Sign of Weakness Rather than Strength

Submitted by George Washington on 08/09/2014 02:04 -0400
Obama is meeting with a number of African leaders this week. But rather than a sign of strength, it’s a sign of weakness.
The Guardian reported Sunday:
Barack Obama is convening the largest ever gathering of African leaders in Washington on Monday – 50 have been invited – for a summit billed by the White House as “elevating our engagement” with a continent increasingly under China’s influence.
***
Ben Rhodes, a US deputy national security adviser, denied it was an attempt to play catch-up with China – which has vigorously pursued political and economic ties with the continent.
***
Melvin Foote, founder of the Constituency for Africa, a group promoting African interests in Washington, said it was disingenuous for the White House to claim the summit was not in large part a response to China.
“The administration won’t tell you that but it’s at the front of their mind. America is losing influence and respect in Africa,” he said. “I hear it whenever I travel there.”
The US has good reason to be concerned. China’s trade with Africa rose to $200bn (£119bn) last year – largely made up of Beijing’s imports of oil and minerals, and export of electronics and textiles – more than double the US and far ahead of the EU. Twenty years ago trade between China and Africa was just $6bn.
***
“Africans say ‘why do we need the United States’?” said Foote. “When I travel around Africa, I’ve seen airports, I’ve seen roads, I’ve seen railroads, I’ve seen ports, I’ve seen all kinds of things that are really impressive built by China, that you have to say the United States refused to build.”
Why has the U.S. refused to build infrastructure in Africa?
Continue reading » 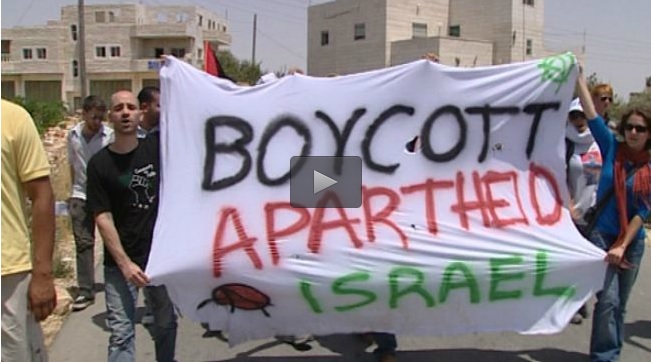 Activists have launched a campaign in Tunisia, calling for the international boycott of the Israeli products over the Tel Aviv regime’s atrocities in the besieged Gaza Strip, Press TV reports.

The campaign is mounted by the General Union of Palestinians in Europe and the Palestinian House Foundation in Belgium.
Those who buy Israeli products “are supporting Israel in its war crimes,” Mehdi Abbes, a lawyer, told Press TV.The campaign comes as analysts say a large number of people around the globe are currently standing up against Israel and putting more pressure on their governments to stop backing Tel Aviv.
“The current strategy of public and media pressure … [and] anti-Israeli protests are effective. In addition, the economic boycott is a strong message to Tel Aviv allies. Many have reviewed their positions to preserves their own economic interests,” Hassan Ayadi, journalist and political analyst, said.The activists also say that Israeli soldiers with dual citizenship would be identified and hunted down to face justice for the killing of innocent people in Gaza.
“Many Jewish youths in Europe hold dual citizenship. They have Israeli passports and serve in the Israeli military. They are now fighting a war [in Gaza] and committing horrible crimes as Israeli soldiers. They return later to Europe as civilians and live an ordinary life, they are students or businessmen. Now we can prosecute those war criminals and establish a data base of Israeli soldiers and officers with European origins who are responsible for the Gaza massacre,” said Ramadan Abu Jazar from Global Network for Rights and Development.The international boycott of Israeli products, or the Boycott, Divestment and Sanctions (BDS), is gaining momentum as Israel continues its aggression against Palestinians. The BDS movement aims to highlight the rights of the Palestinians.
The latest Israeli war on the Gaza Strip began on July 8. According to Palestinian health officials, the overall Palestinian death toll from the brutal Israeli war on the Gaza Strip has reached 1,918. Nearly 10,000 others have been wounded in the attacks.
MR/AB 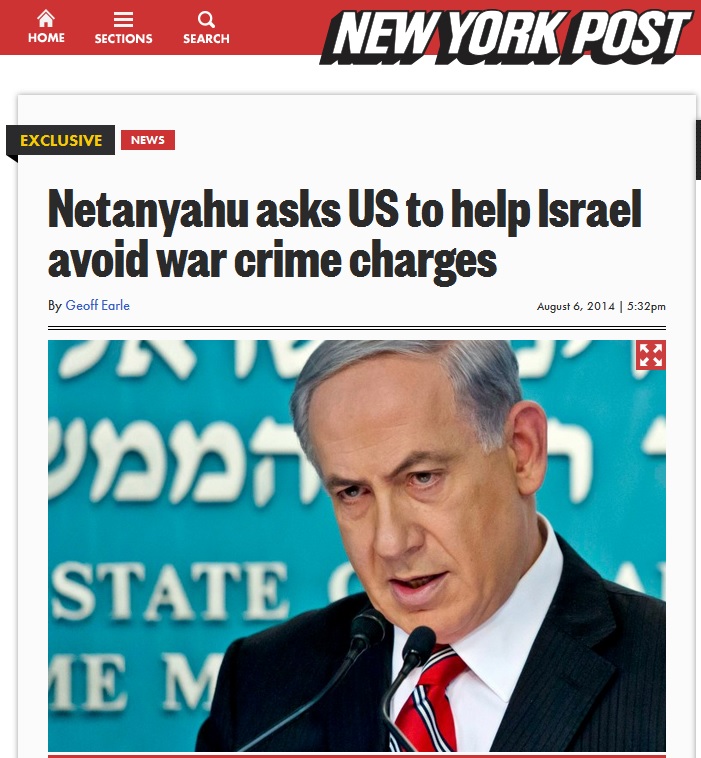 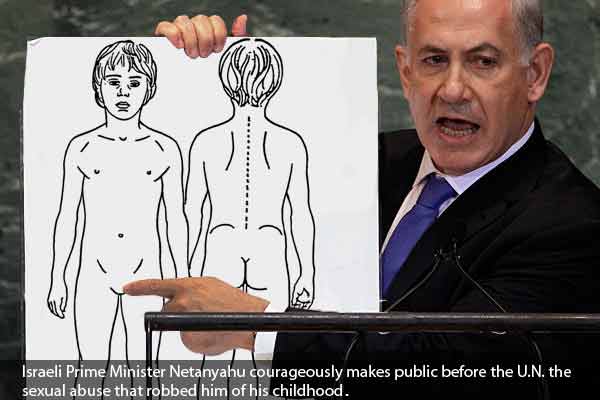 2 thoughts on “Global Checkmate for Nazionists”