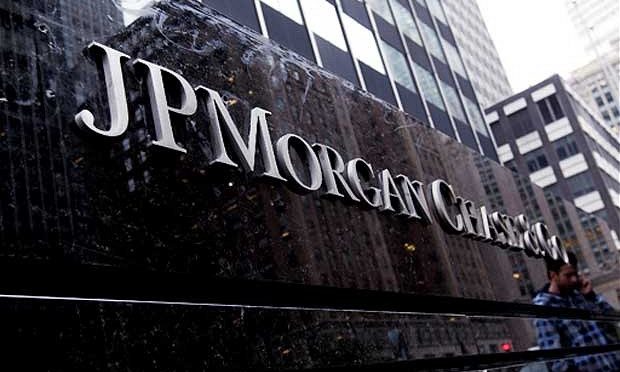 Happy days are almost over for the high and mighty. They are now scrambling for the exit doors without leaving traces of malfeasance during their wake, or so they try. 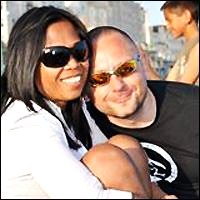 Since December of last year, JPMorgan Chase has been experiencing tragic, sudden deaths of workers on a scale which sets it alarmingly apart from other Wall Street mega banks. Adding to the concern generated by the deaths is the recent revelation that JPMorgan has an estimated $180 billion of life insurance in force on its current and former workers.

Making worldwide news last week was the violent deaths of JPMorgan technology executive Julian Knott and his wife, Alita, ages 45 and 47, respectively, in Jefferson Township, New Jersey. However, two other recent, sudden deaths of technology workers at JPMorgan have gone unreported by the media.
The bodies of the Knott couple, who have a teenage daughter and two teenage sons, were discovered by police on July 6, 2014 at approximately 1:12 a.m. According to a press release issued by the Morris County Prosecutor’s office, Jefferson Township Police Officers Tim Hecht and Dave Wroblewski responded to the Knott home located in the Lake Hopatcong section following a “report of two unconscious adults.”
Who made the call to police and whether the children were home at the time has not been announced by the police or the prosecutor’s office. After a preliminary investigation, the police announced on July 8 that they believe Julian Knott shot his wife repeatedly and then took his own life with the same gun.
Friends and colleagues say Julian Knott was a kind and thoughtful individual. The idea that he would orphan his three teenage children, leaving them with the memory of the brutal murder of their mother at the hands of a father they loved and trusted, is causing shock and disbelief among relatives and friends in the U.K.
continue reading »

Banking Deaths: Why JPMorgan Stands Out

In the past six months, five current workers and two former workers of JPMorgan Chase have died under unusual circumstances. Adding to the tragedy, all seven were in their late 20s or 30s and three of the deaths involved alleged falls from buildings – a rare form of death even during the height of the financial crisis in 2008.
According to the New York City Department of Health, there were just 93 deaths resulting from leaps from buildings in Manhattan and boroughs during 2008 – a time when century old iconic Wall Street firms collapsed and terminated tens of thousands of workers. Those 93 deaths represented just .000011625 of the City’s population of 8 million. JPMorgan’s global workforce population is just 260,000.
No other major Wall Street bank comes close in terms of young worker deaths over the past six months. Of equal concern, since December, the early deaths related to JPMorgan have been coming at a rate of one or two a month – almost like clockwork.
The most recent was 27-year old Andrew Jarzyk, who went missing in the early hours of March 30, after leaving friends at a supper club in Hoboken, New Jersey to jog in preparation for an upcoming half-marathon. A month later, his body was recovered from the Hudson River in Hoboken. According to police, there were no signs of trauma to the body. Jarzyk was employed at PNC Financial at the time of his disappearance but had worked previously as a technology intern at JPMorgan.
L. Jay Lemons, the President of Jarzyk’s alma mater, Susquehanna University, wrote in a tribute to Jarzyk that “During his undergraduate years at Susquehanna, Andrew was inducted into three national honor societies: Alpha Lambda Delta for first-year student achievement; the Order of Omega for Greek leadership; and Omicron Delta Kappa, a national leadership honor society recognizing students who demonstrate superior scholarship, leadership and exemplary character. As someone blessed to have known Andrew personally, I can attest that he indeed demonstrated all of these qualities.”
continue reading »