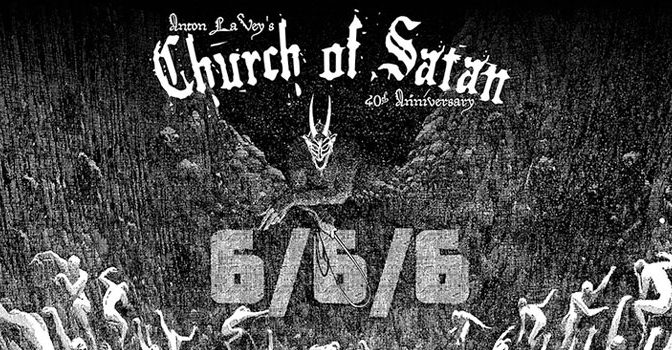 Here’s the latest update from the International Tribunal for Crimes of Church and State [ITCCS] to the scheduled satanic ritual in Montreal, Canada.

Public Announcement of the Central Command of the Direct Action Units established by the International Common Law Court of Justice
Global Communique No. 2: August 16, 2014 – Brussels
​ ​Striking in the early hours of Friday, August 15, one of our trained Direct Action Units (DAU) in Montreal, Canada successfully disrupted the preparations for a child sacrificial cult ritual at a private residence in the fashionable Outremont district.

In the course of the action and under the authority of warrants issued by the Court, the DAU arrested two cult members who are being held in protective custody prior to their questioning and possible indictment before the Court.
The DAU Commander who headed the action​ has​ issued the following report to our Central Office:
“At 0700 hours EST ​yesterday​, 15 August,​ our Alpha team moved into action against the private residence in Outremont​, Quebec​ that has been under surveillance by us since 4 August. We met no opposition or resistance from the single armed security guard at the said residence, who was immediately detained along with a male cult employee engaged in preparations for the upcoming midnight ritual.
“Under questioning, the private security guard identified the location of the ritual as within a small sub-basement chamber that was reconnoitered and filmed by our team. The chamber included two small prison cells with wall shackles, and a central sound proof chamber containing a stone altar awash with apparent blood stains that were sampled and bagged for analysis. An adjoining room held locked cabinets containing considerable child pornographic material, articles of children’s clothing that was bagged for analysis, metallic torture devices, ceremonial swords, and sophisticated film equipment.
“The male cult employee in our custody refused to answer any of our questions, but in the course of our action a second cult member arrived at the residence and was detained. This member, an older woman, was very unnerved by our presence and combat attire. She therefore admitted to the upcoming ritual that evening and identified three of its participants: a ‘local catholic bishop’ whom she refused to name, a Cargill corporation executive named Kerry Brick, and an American named Stephen Holding from Sun Valley, Idaho, apparently with Sinclair Oil, Ltd.
“This informant also claimed that the two children to be used at the midnight ritual were being held at a separate facility at McGill University, but she ​claimed not to know where. She said that the normal procedure was to deliver them in a drugged condition just before the ritual began, for security reasons. Finally, she confirmed that the cult members describe themselves as part of the Ninth Circle society​ and claim they all carry tattoos with a cult insignia of the said Ninth Circle.​
“Our team restrained all three prisoners and locked down the premises, while taking more videos and samples from the underground chamber. We then secured a ​covert ​perimeter in ​the neighbourhood in ​anticipation of the arrival of the cult participants and their victims. Unfortunately​,​ ​although we maintained our vigil until well after midnight, ​no-one else arrived at the premises for the rest of that day and evening. We must assume that the participants were somehow alerted to our presence and aborted the ritual.
“The security guard in our custody was released by us after he proved that he had been retained in a private commercial capacity. The two cult members are being held in our DAU prison facility in Montreal prior to their questioning by the Court Prosecutor and his Canadian affiliates. All samples and film we obtained are in transit to Brussels headquarters for analysis.
​”We are maintaining our covert surveillance on these cult premises in Outremont until further orders are received from Central Command.
DAU Alpha Team Commander, Montreal 1​6​/08/​20​14”
Supplementary Report of the Action at Pro Cathedral, Ireland by DAU Beta Team:
Our DAU Beta Team in Dublin, Ireland encountered no ritualistic activity at the Cathedral at the time and date reported by our two Diocese informants. The latter claim that the ritual was either cancelled or moved to another location, but could not confirm anything more. However, the identity of a Ninth Circle adherent in Dublin was shared by one of the Diocese informants: a priest named Damien ​O’Reilly who is an assistant to the acting head of the catholic church in Ireland, Dublin Archbishop Dermot Martin.
DAU Beta Team is continuing its surveillance procedures at the Pro Cathedral and other reported cult centres in Ireland, and is assisting the Common Law Court being established in Galway to investigate the apparent ritual slaying of babies at the catholic facility in Tuam.
……………………
The Court is proceeding to authorize further follow up actions by our DAU’s at other child sacrificial centres in Rome, Canada, the United States, Ireland, England, Belgium and Holland.​ Updates are forthcoming.​
CC-DAU Communique No. 2
Issued 16/08/2014​ ​
Brussels
DAU Central Command Office
source »