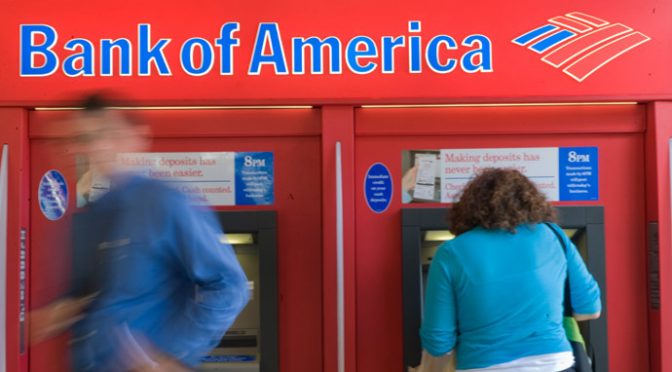 America’s second largest lender has reached a $17 billion settlement with US federal authorities over selling bad mortgages, according to sources close to the negotiations.

The bank will pay out $10 billion in cash and $7 billion for consumer relief – such as modified home loans and refinanced mortgages, AP reports, citing officials close to the negotiations. The final verdict is due on Thursday.
The fine will be the largest single compensation settlement, beating out JPMorgan Chase & Co’s $13 billion penalty paid in November 2013. Citigroup, another major US bank, had to pay $7 billion in July.
In March, the bank was ordered to pay $9.5 billion to the Federal Housing Finance Agency to resolve similar associations. Since the financial crisis, the bank has been ordered to pay over $60 billion in fines, claims, and buying out mortgage bonds.
The deal requires the bank to admit it misled investors about the quality of mortgage loan sale prior to the housing crash, when banks lent out too much money to homeowners who eventually could not pay off their loans.
This eventually resulted in the collapse of the housing bubble and the beginning of the recession in late 2007. The banks defrauded investors about the condition of the loans, which led to billions in losses while millions of Americans lost their homes to foreclosure.
Three quarters of the loans in question came from Countrywide Financial, which Bank of America acquired in 2009, along with Merrill Lynch. In total, between 2004 and 2008, the groups sold more than $965 billion in bad loans.
source »

By Jesse Hamilton, Dakin Campbell, Suzi Ring and Gavin Finch Aug 14, 2014 12:00
Banks including JPMorgan Chase & Co. (JPM), Citigroup Inc. (C) and Morgan Stanley (MS) have been notified that regulators are preparing enforcement actions on currency rigging, people familiar with the investigation said.
Talks are progressing between banks, the U.S. Federal Reserve and the Office of the Comptroller of the Currency to settle investigations into alleged manipulation of foreign-exchange markets, according to two people, who asked not to be identified because the discussions are private. Some firms have received so-called 15-day letters outlining the agencies’ findings and warning that enforcement actions are likely, the people said.
Enforcement actions can range from cease-and-desist orders to fines to banning bankers from the industry. The letters typically detail the investigators’ findings and give recipients about 15 days to offer a written defense. Such notices usually open a final stage of settlement negotiations.
U.S. regulators are coordinating with the U.K.’s Financial Conduct Authority to settle some of the probes by November, according to two people. The FCA is in settlement talks with firms including Barclays Plc, Citigroup, HSBC Holdings Plc, JPMorgan, Royal Bank of Scotland Group Plc and UBS AG. It scheduled meetings with some banks for as soon as next month to discuss penalties, the people said.
A few investigations are taking longer, and talks with firms such as Bank of America Corp. and HSBC haven’t progressed as far, according to some of the people.

Firms have cooperated with FCA and U.S. banking regulators, conducting their own investigations and handing over findings, helping to speed up probes that just began last year. Authorities around the world have been looking into allegations that dealers at the biggest banks traded ahead of their clients and colluded to rig the WM/Reuters rate, a benchmark used by pension funds and money managers to determine what they pay for foreign currencies.
More than 25 traders have been fired, suspended or put on leave after the allegations became public last year.
Spokesmen for the banks, the OCC, Fed and FCA declined to comment on the status of the investigations.
The FCA is trying to fast-track the process to avoid it going on for as long as its probe into the London interbank offered rate, or Libor. The regulator is seeking to keep the scope of the deal narrow to achieve this, people with knowledge of the discussions said in July.