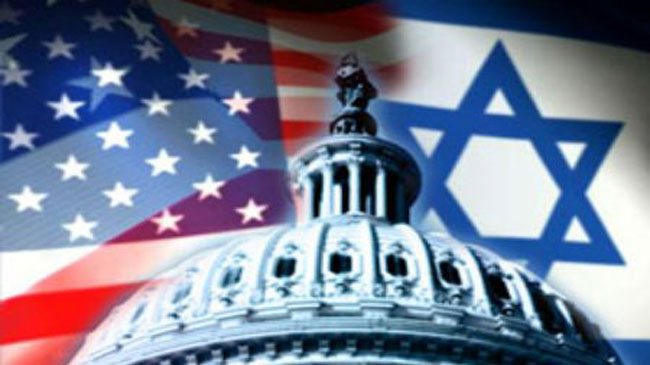 Apart from the significant presence of Israeli citizens at sensitive non-elected federal positions such as head of Homeland Security, a large number of Israelis sit in the Senate and House of Representatives.
The Israeli lawmakers at the Congress have the power to propose and vote on crucial bills like waging wars on any country, forcing the US to veto any UN Security Council resolution unfavorable to Israel, and approving funds and lucrative government contracts in favor of Israel.
The prominent US-Israeli officials in the list include Attorney General Michael Mukasey, Head of Homeland Security Michael Chertoff, Chairman of Pentagon’s Defense Policy Board Richard Perle, former Deputy Defense Secretary Paul Wolfowits, Undersecretary of Defense Douglas Feith, National Security Advisor Elliot Abrams, White House Deputy Chief of Staff Joshua Bolten, Undersecretary of State for Political Affairs Marc Grossman, Director of Policy Planning at the State Department Richard Haass, US Trade Representative (cabinet-level position) Robert Zoellick, Pentagon’s Defense Policy Board Eliot Cohen, former UN Ambassador John Bolton, White House Political Director Ken Melman, White House Speechwriter David Frum, Deputy Secretary of Commerce Samuel Bodman, and Pentagon’s Defense Policy Board Henry Kissinger.
Israel receives billions of dollars of American taxpayers’ money each year. Under an existing 10-year aid agreement between Washington and Tel Aviv signed in 2007, USD 30 billion of American money is flowing to Israel.
The US’ annual military aid to Israel has been elevated from USD 2.4 billion to USD 3.1 billion through 2017 under the existing agreement.
Meanwhile, US and Israeli officials have discussed a surge in US military aid to Israel in a new aid package that would extend through 2027.
ASH/KA/SS
source »
Please support us by downloading our Towards Healthcare Emancipation – Premium Edition, a fully illustrated eBook about how you can implement a low cost but extensive and decisively effective healthcare system in the comfort of your own home.
With this eBook you can easily defeat cancer, AIDS and all other parasitic diseases for good. Find out more about it here. The proceeds from this book will be used to fund our next project, Towards Energy Emancipation. The aim is to make the subject of free energy more understandable for the layman so that anybody could replicate and install his own power plant and be completely living off-grid.
If you haven’t done so, please like our FB page to encourage others to learn more about our work. Thank you very much for your valuable support.

One thought on “Israeli Citizens Hold Key US Gov't Positions”