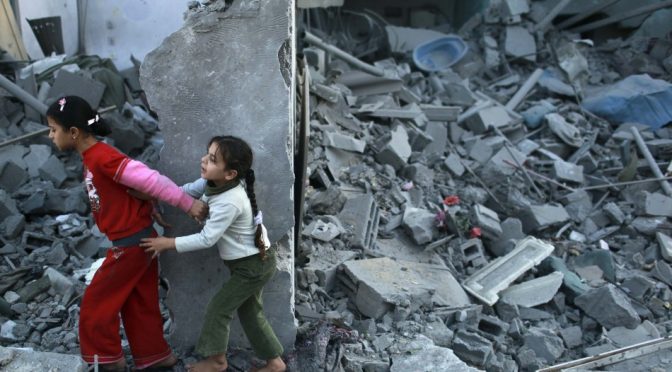 Israel has once again unleashed the full force of its military against the captive Palestinian population, particularly in the besieged Gaza Strip, in an inhumane and illegal act of military aggression.

Israel’s ability to launch such devastating attacks with impunity largely stems from the vast international military cooperation and arms trade that it maintains with complicit governments across the world.
Nobel laureates Archbishop Desmond Tutu, Adolfo Peres Esquivel, Jody Williams, Mairead Maguire, Rigoberta Menchú and Betty Williams have published an open letter calling on the UN and governments around the world to impose a military embargo on Israel.
Other signatories include Noam Chomsky, Roger Waters from Pink Floyd, playwright Caryl Churchill, US rapper Boots Riley, João Antonio Felicio, the president of the International Trade Union Confederation, and Zwelinzima Vavi, the general secretary of the Confederation of South African Trade Unions.
By importing and exporting arms to Israel and facilitating the development of Israeli military technology, governments are effectively sending a clear message of approval for Israel’s military aggression, including its war crimes and possible crimes against humanity.
TAKE ACTION NOW – add your name to the call for a military embargo using the form on the right
The call will be presented to the new UN High Commissioner for Human Rights when they take up their post in September 2014.
Read our fact sheet on the military embargo
#StopArmingIsrael 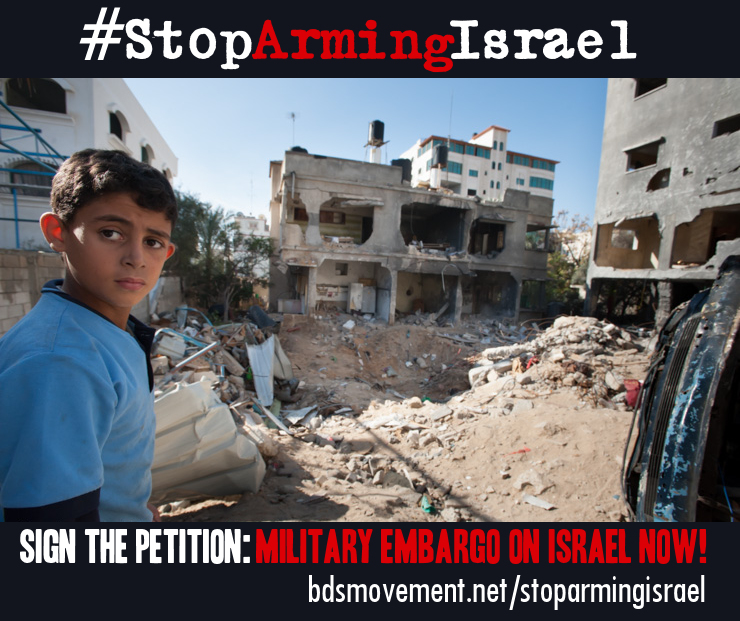 Photo: A child stands amid the rubble of the Al Dalu family home, Gaza City, December 3, 2012. Ten members of the Al Dalu family were killed, as well as two neighbors, by an air strike on their three-story home on November 18, 2012. Active Stills/Ryan Rodrick Beiler
Sign the call
We call on the UN and governments across the world to take immediate steps to implement a comprehensive and legally binding military embargo on Israel, similar to that imposed on South Africa during apartheid.
Sign here