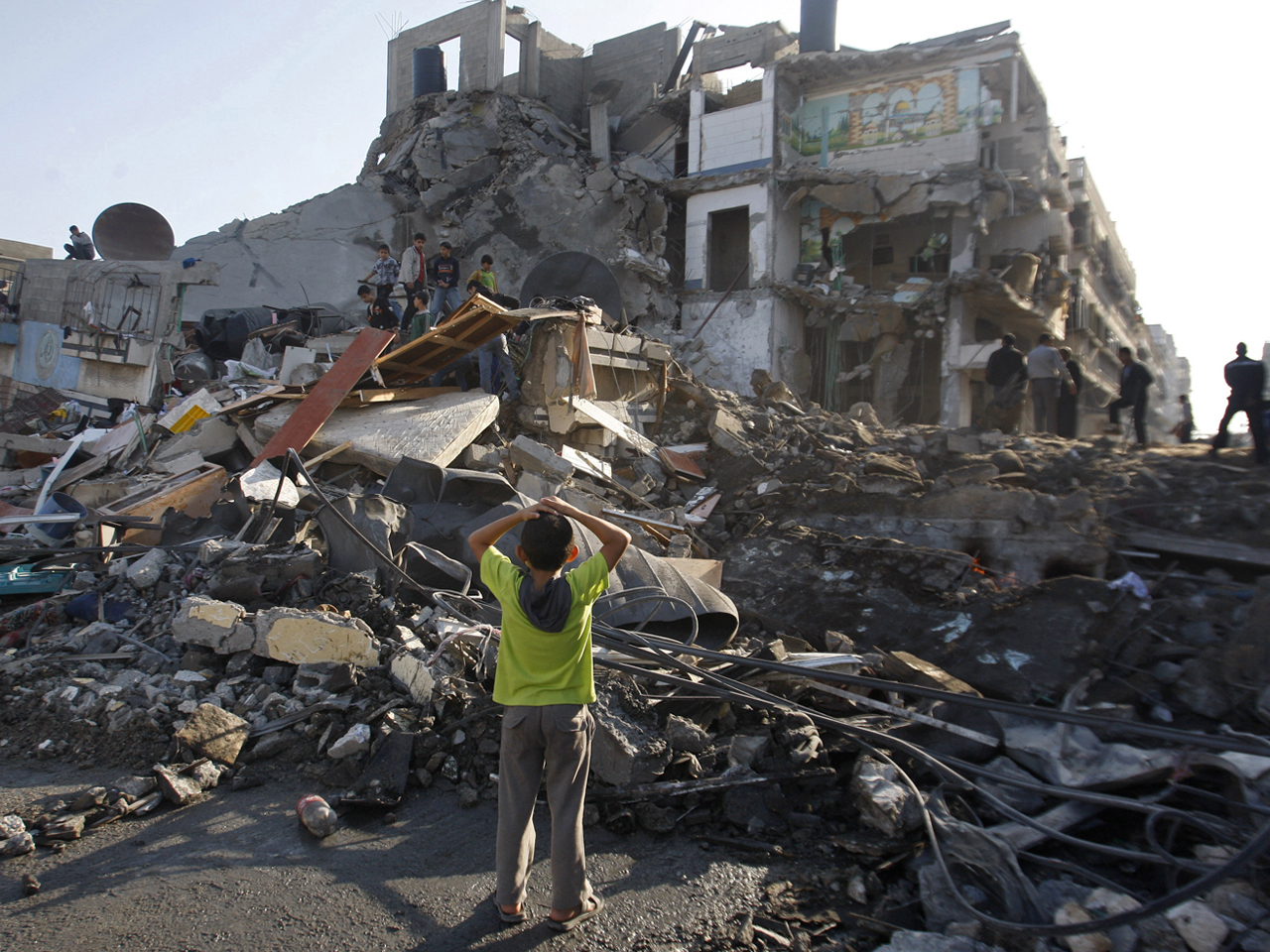 Palestinian children stand in the rubble left after an Israeli strike on a house in Gaza City, Tuesday, Nov. 20, 2012. Efforts to end a week-old convulsion of Israeli-Palestinian violence drew in the worlds top diplomats on Tuesday, with President Barack Obama dispatching his secretary of state to the region on an emergency mission and the U.N. chief appealing from Cairo for an immediate cease-fire. (AP Photo/Hatem Moussa)