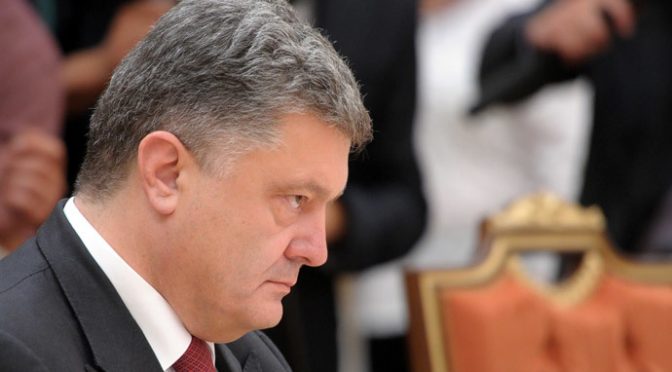 The coup installed Ukrainian president is having a hard time following the anti-Russia script.
Recently, he claims to have received intelligence reports of Russian troops movement heading his country, and yet what is actually happening is that his own troops are leaving the country for a better life in Mother Russia.
In fact, Ukrainians are leaving in droves towards Siberia where they are most welcome.

Published time: August 28, 2014 10:27
Edited time: August 28, 2014 13:12
The OSCE was told there was no Russian presence spotted across the Ukraine border, refuting Thursday’s claims that a full-scale invasion was underway. Both the Ukrainian monitoring team head and Russia’s representative have given a firm ‘no.’
The chorus of allegations about Russia’s military invasion of Ukraine had President Poroshenko calling for an emergency meeting of the country’s security and defense council, while Prime Minister Yatsenyuk on Thursday called for a Russian asset freeze.
No actual evidence has been given either by either foreign governments or the media, apart from claims that photographs exist that someone had “seen.”
continue reading »


A group of 62 Ukrainian troops have crossed into Russia’s Rostov Region seeking shelter to save their lives amid an intensified counteroffensive recently launched by anti-Kiev militia in southeastern Ukraine.

“Today, 62 servicemen of the Ukrainian Armed Forces turned to Russian border guards asking to let them into the Russian territory near Russia’s settlement of Shramko, Matveyevo-Kurgansky district, with the aim to save their lives,” the spokesman for the FSB’s border guard office in the Rostov Region, Nikolai Sinitsyn, told Itar-Tass news agency on Wednesday.
They were allowed to cross and provided with a transit corridor on the principles of humanism, but only after they left their weapons on the Ukrainian side of the border, Sinitsyn added.
This case became the latest in a series of similar incidents where a total of over 500 Ukrainian troops crossed into Russia since July seeking refuge and medical help.
continue reading »

A Ukrainian company has reportedly transferred the contents of its machinery factory in the eastern city of Luhansk to central Russia amid fierce fighting in the volatile region.

Russian media reported on Wednesday that the Luhansk Machine Building Plant and all its personnel were being moving into neighboring Russia, where most of the factory’s customers are based.
continue reading »

By The Siberian Times reporter
25 August 2014
Many families with young children among those finding new homes – and hope – in Siberia. 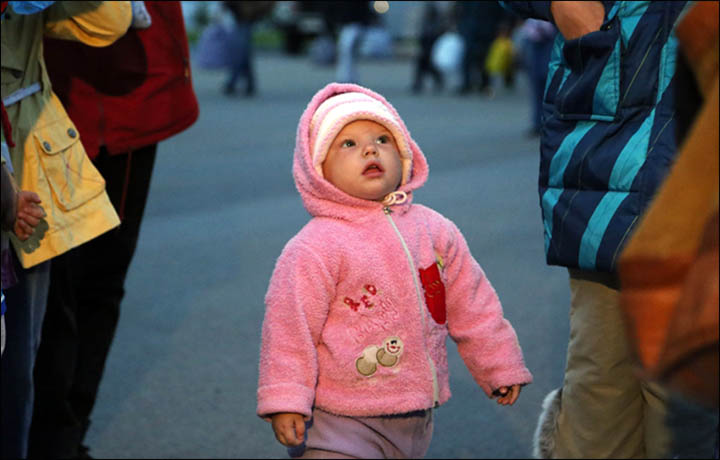 The latest groups of refugees to arrive comprises 606 people including 175 children, with 20 below the age of 12 months. All have fled the humanitarian nightmare in eastern Ukraine, to which the Russian government accuses the West of turning a blind eye.
Many of the fleeing refugees have seen terrible sights as their apartment blocks were blitzed, and their old stability destroyed.
Many more are expected to arrive in Siberia, as they flee the violence in the territories of Lugansk and Donetsk.
Two more trains in August will bring 930 Ukrainian citizens to Irkutsk, safe from the bombs and bullets in their native land.
‘Those seeking jobs will consider the vacancies we have in the region,’ said local official Valentina Voblikova. 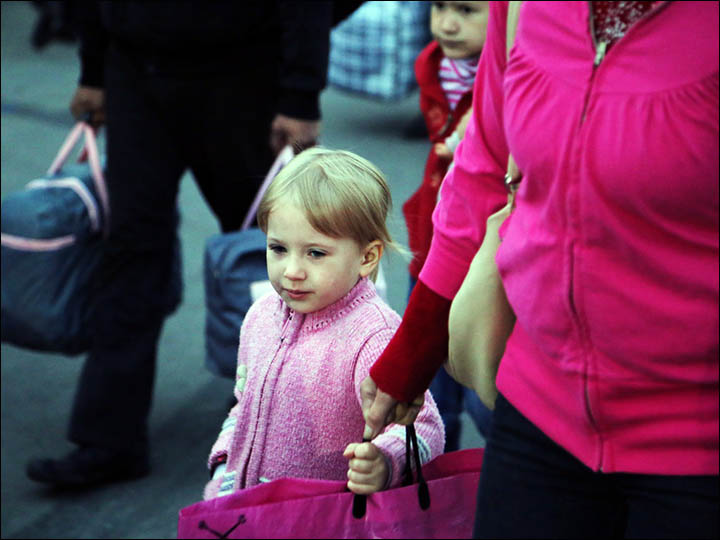 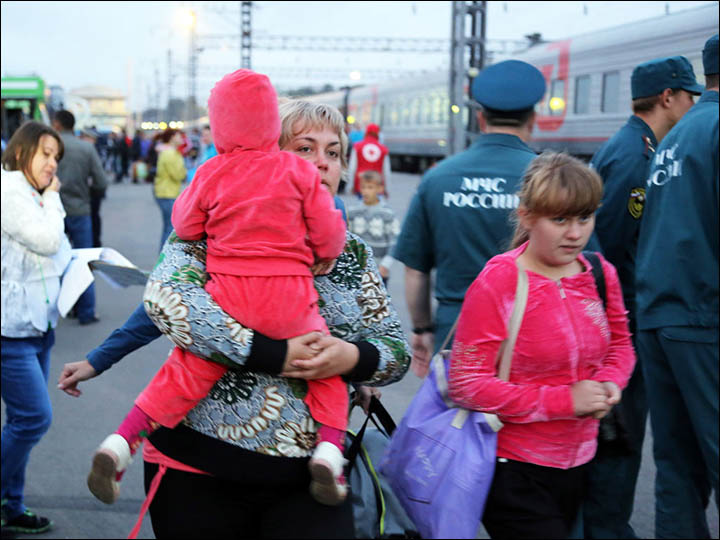 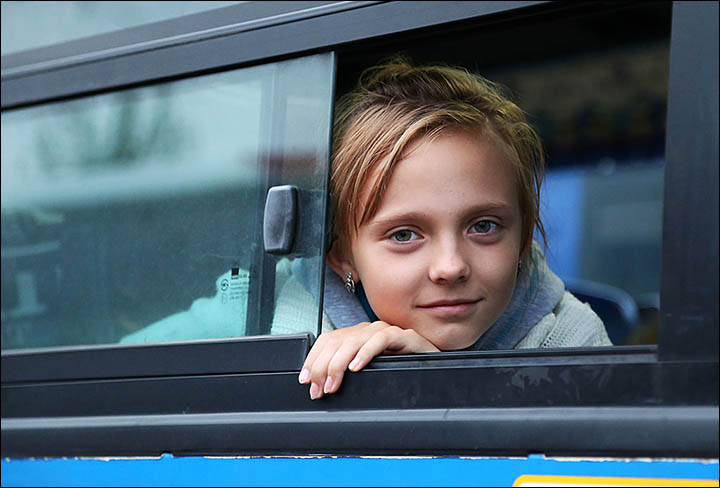 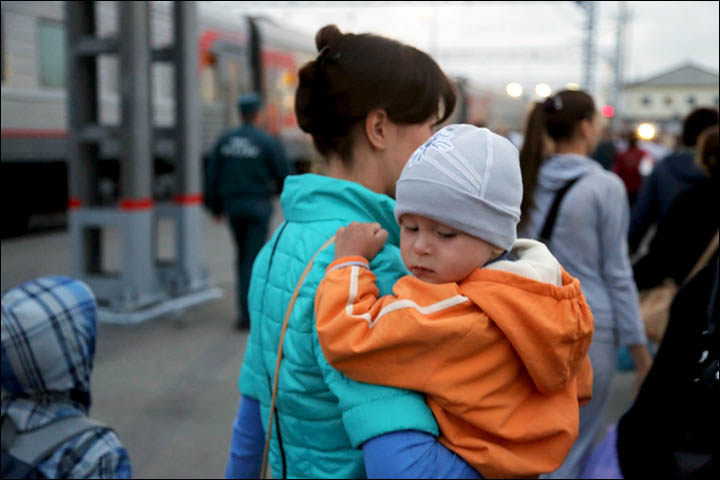 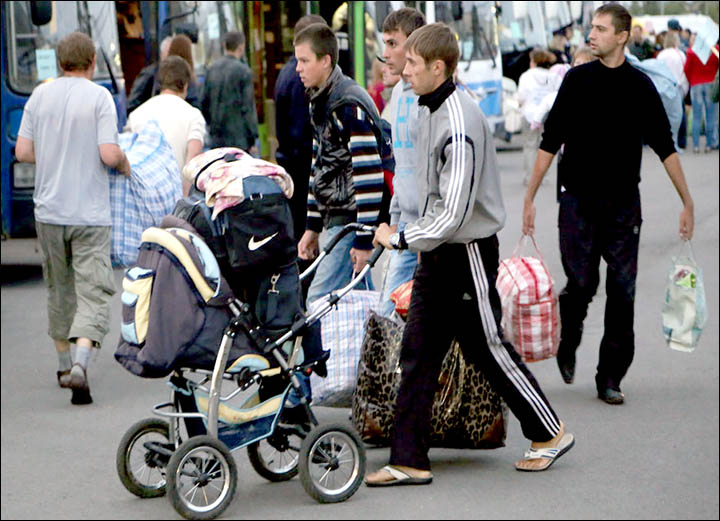 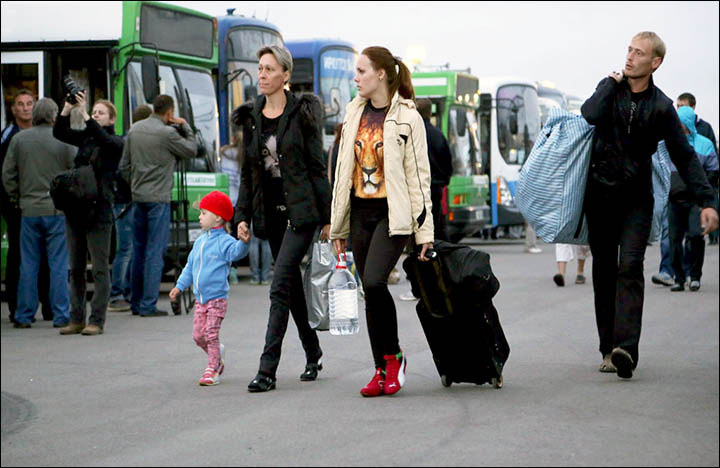 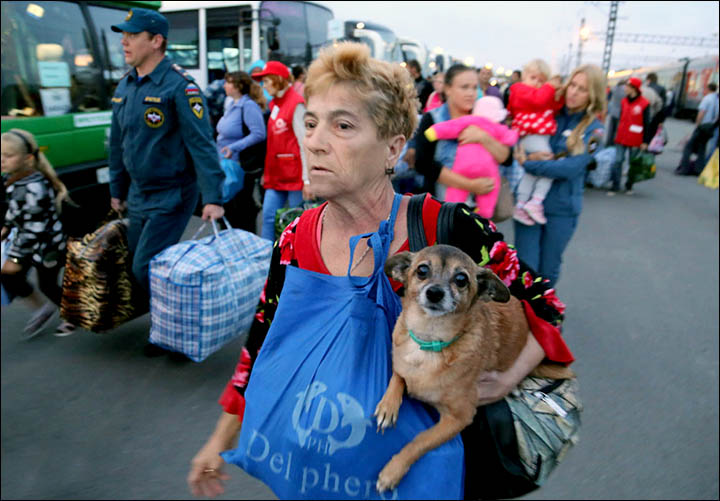 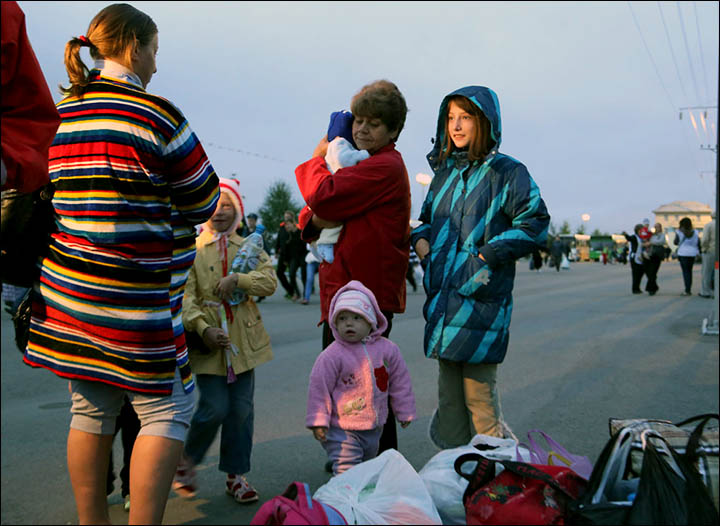 An earlier group of refugees went to Tyumen in western Siberia, and to Yekaterinburg in the Urals. Pictures: Maria Olennikova

Irkutsk has led the way in offering a new life to the refugees, and people who had decamped to Russian-run tented refugee camps close to the Ukrainian border have opted to travel east, fearing long-term mayhem in their home regions.
For many the decision was abrupt but they were glad to have a new home.
Before leaving his refugee camp in Rostov region, Alexander, 73, said: ‘Can you believe it? Just two days ago I was having breakfast in Lugansk in the apartment in which I was born, and now it no longer exists. It’s been destroyed, and now, at my age, I have to start my life over in Irkutsk’.
Dmitry and Anna fled with their two children from a village close to war-ravaged Lugansk.
‘Leaving will allow us to turn the page’, said Anna. ‘Our children will be able to go to school normally and grow up without anyone accusing them of being on one side or the other’.
Dmitry said when he gets his first rouble wages from his new job, he will buy clothes for his family, pots and pans, and a fridge.
‘Little by little, we’ll build ourselves a new life in Russia better than the one we had in Ukraine’, he said.
An earlier group went to Tyumen in western Siberia, and to Yekaterinburg in the Urals.
source »

2 thoughts on “The Unhappy Poroshenko”