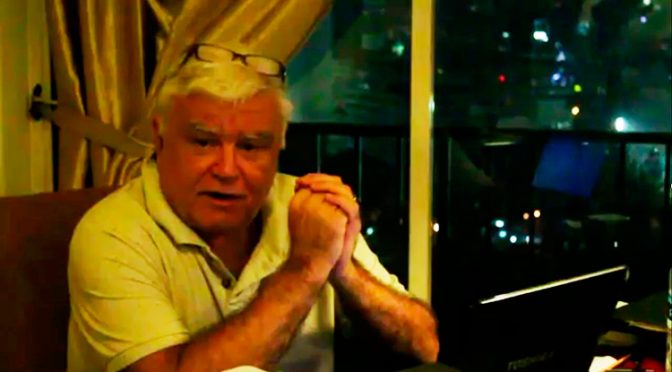 Here’s an important update from The Keenan Group…

Let The War Begin
By The Keenan Team
After yesterday’s blow-out one would think that the Keenan Team would rest, but not so.  Today began just as any other day that is filled with information and excitement.
This day Neil shows that yesterday was nothing special, and the news he had to bring to you was delayed for a day because of the unnecessary interference and interruptions brought on by days of malicious and erroneous statements by Jean Haines, Denise Rednour and others known and unknown.  But let’s put this aside and get back to the real work.
There is a lot happening and we want you to be aware of this information before it is too late.  You should take whatever we offer in terms of news, and work it into your parameters and thoughts.
There is much to look at now that we near the end.  The Gold is becoming ever more paramount to the expanding plan of the Cabal but nevertheless dwarfing  over a few Asian states.  U.S. ships have blocked the gulf of Thailand to threaten the kingdom.   At the request of the family of Thailand, the Dragon Family is being called upon to speak with Thailand’s elder son who is in charge — immediate assistance is needed.
You will understand once you take a good look that Manhattan and Stamford, CT are joined at the hip, or at least it seems that way.  Are they planning another major event in the city that never sleeps?  We hope not, but look and come to your own conclusions.
An attempt is being made by the U.S. Corporation to split Indonesia into pieces for less than $6 trillion dollars.  In fact, there is more value in just a small portion of a gold bunker in Indonesia than the $6 trillion (of useless dollars) that is being offered to overthrow certain portions of the political structure.  But it is doubtful that Indonesia will allow this to happen now or at any time in the near future.
Much more is included in this video, including:

You cannot sleep when reading such news.  It keeps on coming and it can’t help but give us the “willie jillies” knowing their plans for us.  At the moment we cannot give any more hints about what is happening on the inside, but we promise you that we are all in for an extra bumpy ride if people do not stay out of the way of those that are working to rid the world of such destructive people.
It has to end.  It MUST end or we will not be living in five years, and the change will see the globalists in complete control of what’s left of the planet.  It is in our hands.

One thought on “Let the War Begin [Keenan]”