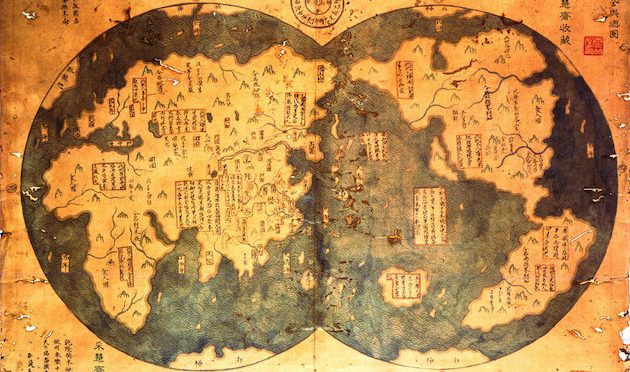 Distortions in historical accounts to promote one ideology, culture, or race are the bread and butter of the conquering nation.
Unless, there are pressing events needing our attention, we are taking a time to present corrections to these distortions.

Toledo| A recently discovered journal dating from the 15th century and allegedly written by Bartholomew Columbus, the brother of the famous discoverer of the Americas, suggests that the Genoese explorer actually carried a rather detailed map of the continent when he left Spain on his first voyage.
The journal is entitled “La mia vita e le mie esplorazioni” (“My Life and My Exploration”) and is signed Bertomê Corombo, the Genoese name of Bartholomew Columbus. It is an autobiographic work of great quality that was revealed in May 2014 in a private collection of historical items, legacy of a dead Spanish aristocrat. It explains the role of Bartholomew in the exploits of his brother, including the fact that he sent a map detailing a new continent to Christopher Columbus in the 1470s, while he was a mapmaker for the Portugese King Henri the Navigator in Lisbon, the principal center of cartography of the time.

Dozens of tests were done on the book by various experts since its discovery, and every one of them suggests that the work is legitimate. The auction house Sotheby’s, which was charged with authenticating and evaluating the object, concludes that it is a genuine 15th century book, worth between 150 an 250 million Euros.

The book is a summary of the great events in the life of the lesser known brother of Christopher Columbus, who was born in 1461, and conceived with his brother the idea of traveling across the Atlantic ocean. In 1489 he went to England to seek assistance from Henry VII for an exploration voyage to the West, but he was unfavorably received by the King. He then sought help at the court of Charles VIII in France, with a similar lack of success. Meanwhile his brother Christopher was in Spain to persuade Isabella I of Castile and Ferdinand II of Aragon to back his own voyage, and obtained their support.
Bartholomew Columbus traveled to Hispaniola in 1494 to meet his brother. After captaining one of the ships, he remained on the island for six and a half years (1494–1500), serving as governor with the title of Adelantado during his brother’s absences. He founded the city of Santo Domingo on Hispaniola between 1496 and 1498, which is now the capital of the Dominican Republic, and where he died on the 12th of August 1514.

Chinese explorer Zheng He may have reached America before Columbus, according to new book 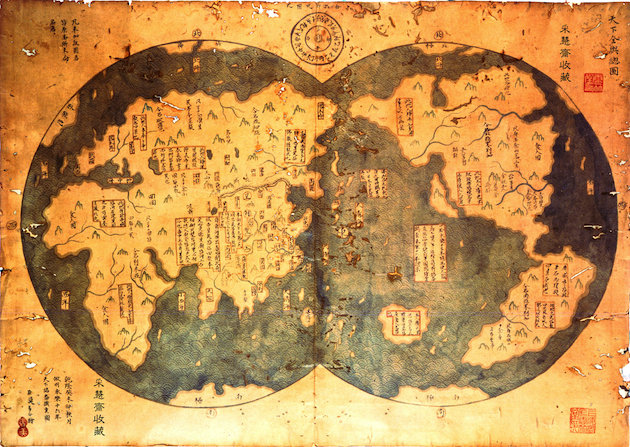 Does a 600-year-old Chinese map prove that Christopher Columbus was not the first international explorer to navigate the New World?

In his book “Who Discovered America?,” published Tuesday, author Gavin Menzies says the settling of North America by nonnative peoples is more complex than previously thought.

‘The traditional story of Columbus discovering the New World is absolute fantasy, it’s fairy tales,” Menzies, 76, said in an interview with the Daily Mail.
However, not everyone is sold on the theory. Menzies has been derided as a “pseudo-historian” by critics, who say his claims are grandiose and not based in historical fact. Menzies has primarily focused his studies on when and how North America was first explored but he has also argued that the mythological city of Atlantis was real.
Menzies also has passionate supporters — his previous books have been best-sellers, and proponents of his theories have donated millions to his efforts, allowing him to hire a number of experts to join in his investigations.
Menzies says that the Chinese map, found in a bookstore and created in the 18th century, is attributed to Chinese Admiral Zheng He and shows a detailed map of America dating back to 1418. That would place Zheng He’s efforts some 70 years ahead of Columbus. In fact, Menzies says Columbus used a copy of Zheng He’s map to plot his own voyage.
Zheng He — a Muslim eunuch — is arguably the most famous explorer in Chinese history. Deployed by the emperor, He led Chinese fleets on voyages of discovery that helped expand the empire’s knowledge of the world to include previously unknown areas in the Middle East and Africa. His influence over Asian culture was so strong that he is still considered a god in parts of Indonesia.
An appraiser from Christie’s has authenticated the map itself, but there is currently no way of proving the map was based on images drafted in the 1400s. However, Menzies says that certain observations on the map, including descriptions of communities and other cultural landmarks in Peru, coincide with known data from that period.
In addition, Menzies makes an even broader claim in his book, saying that Chinese sailors were the first to cross the Pacific Ocean 40,000 years ago. Menzies says there is DNA evidence to support his claim.
So how does Menzies believe the Chinese pulled off such a giant historical accomplishment thousands of years before anyone else?
“If you just go out in a plastic bathtub, the currents will just carry you there,” Menzies told the Mail. “They just came with the current, it’s as simple as that.”
The current historical version of events says that individuals from what is now Asia crossed into North America via a land bridge extending from the Bering Strait.

Critics of Menzies point out that he holds no degrees or professional training as a historian. But the Daily Mail says he “can no longer be called an amateur” after his most recent efforts.

source »
Please support us by downloading our Towards Healthcare Emancipation – Premium Edition, a fully illustrated eBook about how you can implement a low cost but extensive and decisively effective healthcare system in the comfort of your own home.
With this eBook you can easily defeat cancer, AIDS and all other parasitic diseases for good. Find out more about it here. The proceeds from this book will be used to fund our next project, Towards Energy Emancipation. The aim is to make the subject of free energy more understandable for the layman so that anybody could replicate and install his own power plant and be completely living off-grid.
If you haven’t done so, please like our FB page to encourage others to learn more about our work. Thank you very much for your valuable support.