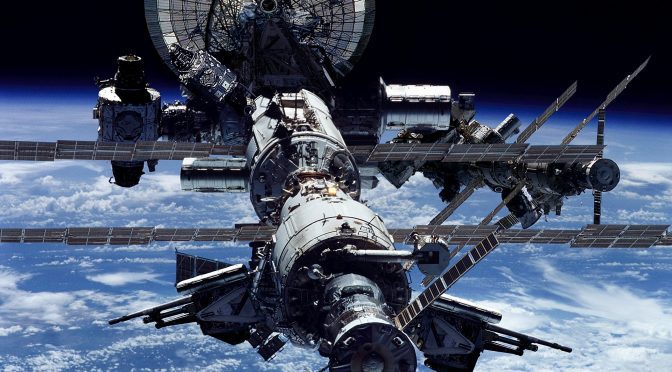 We have been brainwashed to believe that life could not exist in space, yet our planet itself is floating in space while we are still breathing.
Last August 19th, a stunning discovery was made by Russian cosmonauts aboard the International Space Station — microbes where found alive clinging on its surface.

An experiment of taking samples from illuminators and the ISS surface has brought unique results, as scientists had found traces of sea plankton there, the chief of an orbital mission on Russia’s ISS segment told reporters.

Results of the scope of scientific experiments which had been conducted for a quite long time were summed up in the previous year, confirming that some organisms can live on the surface of the International Space Station (ISS) for years amid factors of a space flight, such as zero gravity, temperature conditions and hard cosmic radiation. Several surveys proved that these organisms can even develop.
Microorganisms could be found on the ISS surface thanks to high-precision equipment. “Results of the experiment are absolutely unique. We have found traces of sea plankton and microscopic particles on the illuminator surface. This should be studied further,” chief of the Russian ISS orbital mission Vladimir Solovyev said.
He noted that it was not quite clear how these microscopic particles could have appeared on the surface of the space station.
source »
But why is NASA so silent about it? Are they waiting for the Vatican to confirm that life could exist everywhere in space?
[youtube=https://www.youtube.com/watch?v=XlPz90HRiZo]