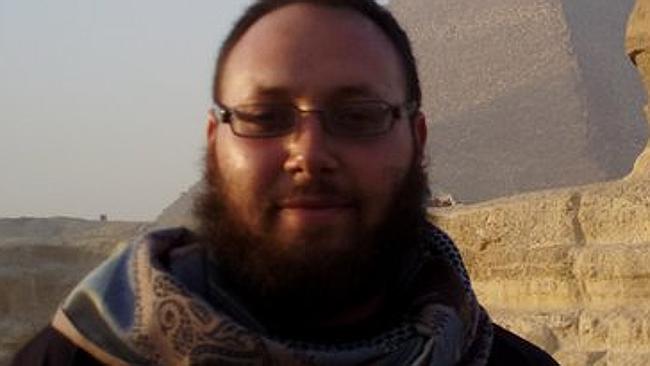 Here’s another interesting story about the recent ISIS beheading which we chose not to say something about. The acting wasn’t that realistic, i.e. much worse than last time.
It turns out Steven Sotloff is a dual citizen of the US and Israel. 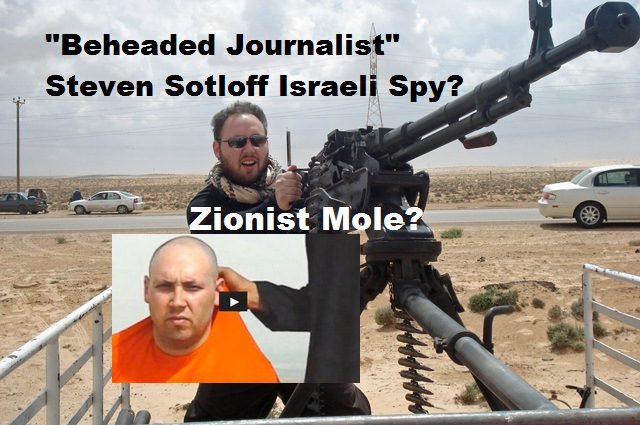 By Kurt Nimmo
Global Research, September 03, 2014
The group purportedly responsible for discovering the Steven Sotloff beheading video is an intelligence asset specializing in war on terror propaganda.
“The video was first obtained by SITE Intelligence Group (Search for International Terrorist Entities), also known as SITE Intel Group, a relatively under-the-radar yet apparently very powerful nonprofit research body that monitors jihadist movements,” reports USA Today. “The Bethesda, Maryland, organization has published a shortened version of the beheading video and published a transcript on its news site, which has been largely inaccessible since news of the beheading broke, likely due to an uptick in Web traffic.”
One of SITE’s founders, Rita Katz, is a government insider with close connections to former terrorism czar Richard Clarke and his staff in the White House, as well as investigators in the Department of Justice, Department of the Treasury, and the Department of Homeland Security, according to SourceWatch. Her father was executed in Iraq as an Israel spy, a fact that suggests a connection to Israeli intelligence.
In 2007, following a series of patently fake Osama bin Laden videos, we reported on SITE’s relationship with the Paul H. Nitze School of Advanced International Studies (SAIS) at Johns Hopkins University. The former dean of SAIS is Paul Wolfowitz, the former Deputy Secretary of Defense during the Bush administration. Wolfowitz is a key neocon and the architect of the so-called Bush Doctrine. Along with fellow neocons Richard Perle, Douglas Feith (who ran the Iraq war propaganda machine), David Wurmser and others in the Pentagon and the administration, neocon insiders advanced the principles of the “A Clean Break: A New Strategy for Securing the Realm” document prepared in 1996 by a study group led by Perle for Benjamin Netanyahu, at the time Prime Minister of Israel. “The document created by the Study Group on a New Israeli Strategy Toward 2000 called for overthrowing Saddam Hussein and waging a proxy war against al-Assad in Syria,” we explain in ISIS and the Plan to Balkanize the Middle East.
In 2007 Katz and SITE allegedly discovered and sent to the Bush administration an unreleased Osama bin Laden video. “Katz issued the video via a private link to a SITE web page to White House counsel Fred F. Fielding and Joel Bagnal, deputy assistant to the President for Homeland Security. Within 20 minutes, computers registered to various parts of the Executive Branch began downloading the video, and within hours a transcript referencing SITE had appeared on Fox News. Katz had requested the web page remain confidential, and has reported that dissemination of this information tipped off her Al-Qaeda supporters who had since eliminated the ability of SITE to gather such information,” writes Glenn Zarmanov.
Previous Osama bin Laden videos were released and exploited for their propaganda value by Intelcenter, a private contractor working for intelligence agencies and based in Virginia. “Intel center is run by Ben Venzke, who is an interesting character. A google search results in the revelation that he used to be the director of intelligence at a company called IDEFENSE, which is a verisign company. IDEFENSE is a web security company that monitors intelligence from the middle east conflicts and focuses on cyber threats among other things,” Steve Watson wrote for Infowars.com in 2006. “It is also heavily populated with long serving ex military intelligence officials.”
In 2006 Neal Krawetz did an image-compression analysis on a video released by the Intelcenter and concluded its logo was added at the same time as the As-Sahab logo. As-Sahab is supposedly the video production house of al-Qaeda.
“Al-Qaeda have a long and fruitful history of miraculously releasing video tapes at the most opportune political time for the Bush administration,” Paul Joseph Watson wrote the following year. “Both Kerry and Bush attributed the President’s 2004 re-election to Osama Bin Laden’s appearance in a video tape just days before the vote.”
The same process is now underway with the James Foley and Steven Sotloff videos. Both are precisely timed to coincide with the Obama administration’s scripted response to ISIS and the alleged threat of super-terrorism that begs American retaliation.
On Wednesday, Obama arrived in Estonia ahead of a planned NATO summit in Wales where leaders will reportedly address the “threat of militant Islamists making gains in Syria and Iraq, and the brutal beheading of a second American by ISIS,” according to CNN.
source »
Please support us by downloading our Towards Healthcare Emancipation – Premium Edition, a fully illustrated eBook about how you can implement a low cost but extensive and decisively effective healthcare system in the comfort of your own home.
With this eBook you can easily defeat cancer, AIDS and all other parasitic diseases for good. Find out more about it here. The proceeds from this book will be used to fund our next project, Towards Energy Emancipation. The aim is to make the subject of free energy more understandable for the layman so that anybody could replicate and install his own power plant and be completely living off-grid.
If you haven’t done so, please like our FB page to encourage others to learn more about our work. You can also flattr us by clicking on the Flattr button below.
Thank you very much for your valuable support.

One thought on “"Beheaded" Journalist Steven Sotloff, an Israeli Spy?”