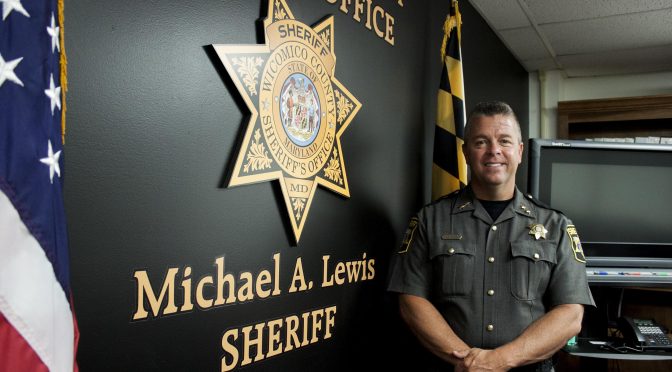 [vimeo http://vimeo.com/102416104]
Wicomico County (Maryland) Sheriff Mike Lewis is fighting back against the gun grabbers who are using recent high-profile shootings to push for anti-gun legislation. He explained that bad guys shouldn’t have guns. But for many law-abiding Americans, gun ownership is a way of life.
And what happens when government tries to disarm Americans?
Wicomico County Sheriff Mike Lewis, a sheriff in the state of Maryland, recently reminded the citizens of his county that he will not violate the Constitution and warned the federal government that any attempt to disarm Americans will result in an all-out Civil War.
“I made a vow and a commitment,” Lewis said. “As long as I am sheriff of this county, I will not allow the federal government to come in here and strip my citizens of the right to bear arms.”
Sheriff Lewis is mindful of keeping firearms out of the hands of dangerous felons, but also explained, “[W]e do not need to strip law abiding citizens of their Second Amendment right to bear arms. That I get upset over. I really do.”
Sheriff Lewis also added a stern warning to the federal government about what will happen if they try to disarm the law-abiding populace:
“I can tell you this,” Lewis said, “if they attempt to do that, it will be an all-out civil war. No question about it.”