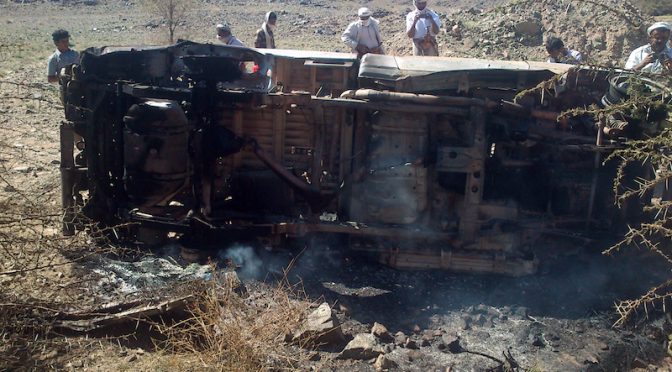 There’s only type of activity the Cabalists would really love doing, i.e. sowing chaos.
These shenanigans only believe in achieving order through chaos, and mass murder of the 95% of humanity.

The U.S. government is paying private contractors billions of dollars to support secretive military units with drones, surveillance technology, and “psychological operations,” according to new research.
A detailed report, published last week by the London-based Remote Control Project, shines a light on the murky activities of the U.S. Special Operations Command by analyzing publicly available procurement contracts dated between 2009 and 2013.
USSOCOM encompasses four commands – from the Army, Navy, Air Force, and Marine Corps – and plays a key role in orchestrating clandestine U.S. military missions overseas.
Researcher Crofton Black, who also works as an investigator for human rights group Reprieve, was able to dig through the troves of data and identify the beneficiaries of almost $13 billion worth of spending by USSOCOM over the five-year period. He found that more than 3,000 companies had provided services that included aiding remotely piloted drone operations in Afghanistan and the Philippines, helping to conduct surveillance of targets, interrogating prisoners, and launching apparent propaganda campaigns.
“This report is distinctive in that it mines data from the generally classified world of U.S. special operations,” says Caroline Donnellan, manager of the Remote Control Project, a progressive thinktank focused on developments in military technology. “It reveals the extent to which remote control activity is expanding in all its facets, with corporations becoming more and more integrated into very sensitive elements of warfare. The report’s findings are of concern given the challenges remote warfare poses for effective investigation, transparency, accountability and oversight.”
According to the report, USSOCOM tendered a $1.5 billion contract that required support with “Psychological Operations related to intelligence and information operations.” Prospective contractors were told they would have to provide “military and civilian persuasive communications planning, produce commercial quality products for unlimited foreign public broadcast, and develop lines of persuasion, themes, and designs for multi-media products.” The contract suggested that aim of these “persuasion” operations was to “engage local populations and counter nefarious influences” in parts of Europe and Africa.
A separate document related to the same contract noted that one purpose of the effort was to conduct “market research” of al-Qaida and its affiliates in Libya, Tunisia, Mali, Northern Nigeria, and Somalia. Four American companies eventually won the $1.5 billion contract: Tennessee-based Jacobs Technology and Virginia-based Booz Allen Hamilton, CACI-WGI, and SRA International.
Notably, while some 3,000 contractors provided service in some capacity to USSOCOM, just eight of the contractors earned more than 50 percent of the $13 billion total identified in Black’s report. Those were: Lockheed Martin, L-3 Communications, Boeing, Harris Corporation, Jacobs Engineering Group, MA Federal, Raytheon, and ITT Corporation.
One of the largest single transactions ($77 million) was paid to a subsidiary of Alaska’s Shee Atika – a company that the report says provided “interrogation services” as well as translation assistance.
Last year, the then-commander of USSOCOM, Adm. William McRaven, told the House Armed Services Committee that U.S. special operations forces were engaged in “annual deployments to more than 100 countries.” But very little is known about the scope and purpose of those operations, given the extreme secrecy that often shrouds them. The report from the Remote Control Project, however, is a reminder of how public data can sometimes be used to obtain information about even the most shadowy government activities – in this case, offering a valuable glimpse into the burgeoning nature of the U.S. military’s special operations and, in particular, the supporting role played by private contractors.
“The Special Operations Command is outsourcing many of its most sensitive information activities,” says Black. “Remote warfare is increasingly being shaped by the private sector.”
USSOCOM had not responded to a request for comment at time of publication.
Photo: Rob Jensen/USAF/Getty Images
Email the author: ryan.gallagher@theintercept.com