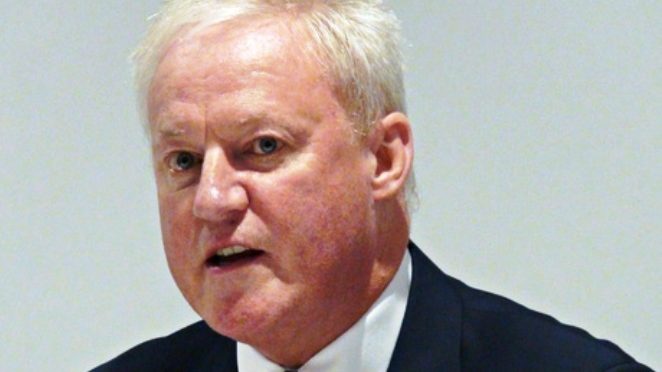 Previously, news about abuses to more than a thousand children in Rotherham came to light.
Other similar crimes were also committed by the last bastion of morals, supposedly, the Church.

Martin Kimber, chief executive of the council at the centre of the child exploitation scandal, will quit at the end of the year…
Martin Kimber: ‘I will be sorry to leave Rotherham but firmly believe this will leave the council in a stronger position in the future.’ Photograph: Dave Higgens/PA
The chief executive of Rotherham council is to step down, saying a new leader would help the town recover after it emerged councillors, police and social services turned a blind eye to the abuse of at least 1,400 children.
Martin Kimber said in a statement: “I believe that new leadership will enable the town to recover more quickly from the events of the last two weeks, and strongly signal a new beginning at this critical time in its recovery. The time is therefore now right for me to leave.”
He will quit at the end of the year.
The independent Jay inquiry into historical cases of child sexual exploitation highlighted serious failings by agencies in the town involved in protecting children and young people.
Jay said the most “blatant” failures took place from 1997-2009. Kimber joined the authority in 2009. His predecessors all insist they were unaware of the scale of abuse perpetrated under their watch.
Meanwhile, Shaun Wright, South Yorkshire’s police and crime commissioner, continues to insist he will not quit despite calls from victims, MPs and the prime minister.
On Tuesday, he will appear before the home affairs select committee, which will also hear evidence from South Yorkshire’s chief constable, David Crompton, Rotherham council’s strategic director of children’s services, Joyce Thacker, and the NSPCC chief executive, Sir Peter Wanless, who is leading a review into the Home Office’s handling of abuse allegations.
Wright recently said he regretted that he “wasn’t more aware of the issue” of child sexual exploitation while he was Rotherham council’s cabinet member for children and young people from 2005-2010. But on Monday, the Times reported that Wright attended a meeting with a number of survivors of child sexual exploitation more than eight years ago. One victim who claimed to be at that meeting said: “I sat two feet from him and told him really, really private things. I don’t know how he can go on national television and say he wasn’t aware, that he didn’t know anything about it.”
Last year, Wright told the home affairs select committee that he did not meet any sex grooming victims while on the council. He told Monday’s Times that he “did not recall the meeting”.
In his resignation statement Kimber said: “The report does not make comfortable reading in its account of the horrific experiences of some young people in the past, and I would like to reiterate my sincere apology to those who were let down when they needed help.
“The events of the past fortnight will again have been an incredibly traumatic time for them and their families, and have shaken the town as a whole.
“The council has now decided what it must do to give the best possible protection for the children and young people of Rotherham.”
He added: “I will be sorry to leave Rotherham but firmly believe that this will leave the council in a stronger position in the future. It is therefore the right thing to do in the interests of the people of the town.”