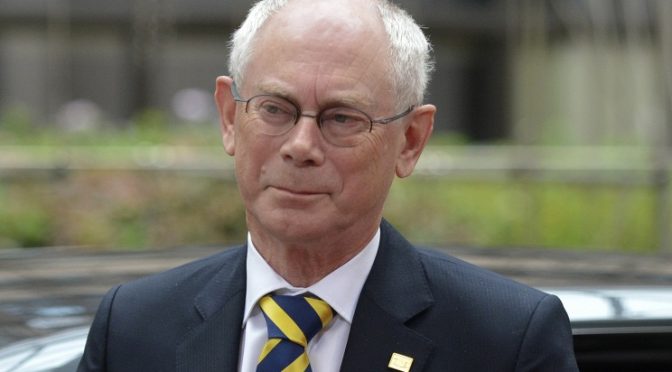 False flags are exposed before being unleashed. The Russian card must be played over and over again.
More companies and more personalities are being subjected to appropriate restrictions to tame the leading Reformist-country today.

September 11, 17:32 UTC+4
Earlier on Thursday, a source in the EU foreign policy service said the EU ambassadors have made a decision the new package of sanctions against Russia will take effect as of September 12 BRUSSELS, September 11. /ITAR-TASS/. European Council President Herman Van Rompuy confirmed on Thursday that the European Union will bring a new round of sanctions against Russia on September 12.Earlier on Thursday, a source in the EU foreign policy service said the EU ambassadors have made a decision the new package of sanctions against Russia will take effect as of September 12.
“The decision is ready. New sanctions will take effect tomorrow, on September 12, when they are published in the Official Journal of the European Union,” the source said.
At the same time the official added that they may be revised or cancelled altogether depending on the march of events in Ukraine.
“In particular, it will depend on the observance of the ceasefire agreement and on implementation of the settlement plan,” the source said. According to Western media, the new sanctions are applicable to three Russian oil majors – Rosneft, Transneft and Gazprom neft, as well as several holding companies in the arms manufacturing sector.Furthermore, sanctions may hit such Russian arms manufacturers as Uralvagonzavod, Oboronprom and United Aircraft-building Corporation.
The European Union plans to cut the maximum period of Russian bonds’ circulation in the 28 EU countries to 30 days from 90.
According to media reports, at least 20 individuals will be added to the black list for Russia and Ukraine.