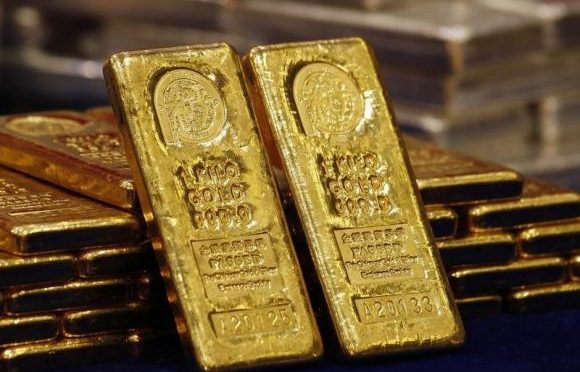 While the Fed can’t contain its urge to raise interest rates, China will be strengthening its financial status further by launching its gold exchange (as opposed to stock exchange which is nothing but the endless shuffling of paper that has nothing to do with actual production) earlier than scheduled.
With the planned establishment of an alternative to SWIFT, the Cabal’s clout on world finance is diminishing by the day.

(Reuters) – China will launch its international gold exchange 11 days ahead of schedule, sources said on Tuesday, racing ahead in the scramble to set up an Asian bullion benchmark as rival Singapore is forced to delay its gold contract due to technical issues.
Asia, home to the world’s top two gold buyers – China and India, has been clamoring to gain pricing power over the metal and challenge the dominance of London and New York in trading.
The state-run Shanghai Gold Exchange (SGE) will launch the global gold bourse in the Shanghai free-trade zone on Thursday, two sources familiar with the matter told Reuters. The SGE had initially planned the launch for Sept. 29.
The change was made based on the availability of some government officials to participate in the launch event, one of the sources said, adding that all 11 physical gold contracts will begin trading on Thursday.
The ability to bring forward the launch, which will mark the first time foreign players will be allowed to participate directly in China’s physical gold market – the biggest in the world, shows the country’s preparedness with the exchange that it is hoping will become the center of Asian gold trading.
continue reading »

By Michael Flaherty and Howard Schneider

(Reuters) – The Federal Reserve on Wednesday renewed its pledge to keep interest rates near zero for a “considerable time,” but also indicated it could raise borrowing costs faster than expected when it starts moving.
Many economists and traders had expected the U.S. central bank to alter the rate guidance it has provided since March, given generally improving data on the economy’s performance.
But the Fed repeated its assurance that rates would stay ultra-low for a “considerable time” after a bond-buying stimulus program ends. In a statement after a two-day meeting of its policy-setting Federal Open Market Committee, it announced a further $10 billion reduction in its monthly purchases, leaving the program on course to be shuttered next month.
The statement was virtually unchanged from July, though new quarterly projections released with it showed the central bank’s view on where interest rates should be in future years is diverging from where financial markets have bet they will be.
“While the much analyzed phrase ‘considerable time’ remained in the FOMC statement, the newly announced scheme for interest rate normalization shows that higher rates are in the cards,” said John Kilduff, a partner at Again Capital LLC in New York.
continue reading »