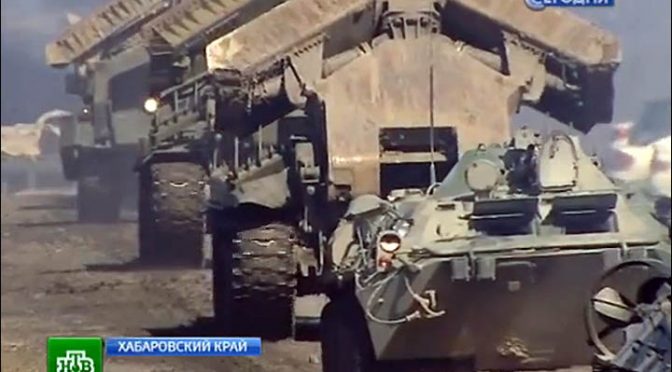 You don’t deploy 100,000 of your troops, some coming 5,000 kilometers away, just for the game’s sake.
The recent missile attack on an ammunition depot in East Ukraine suggests that Russia just can’t take NATO’s aggressive maneuvers in the area lightly.
September is the month for settling dues. Will this be the month when payment should be extracted rather more forcefully?

The deliveries of Russian gas through the Ukrainian territory have been reduced by 10 percent.
continue reading »

By The Siberian Times reporter
20 September 2014
100,000 troops and 5,000 weapons involved in the exercises in the Eastern Military District. 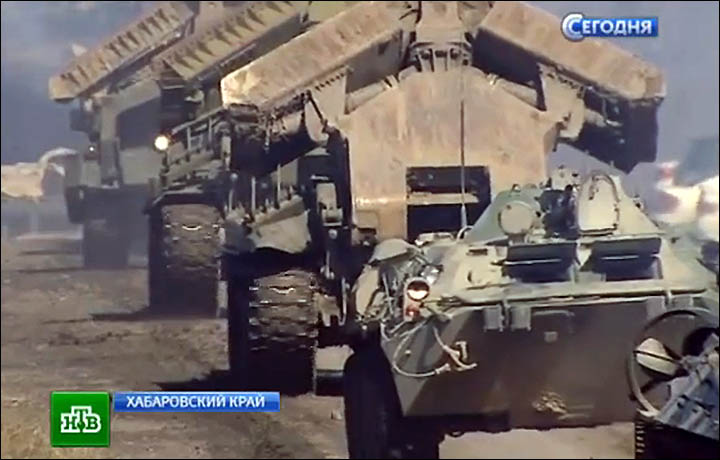 Some forces were moved 5,000 kilometres to take part in the latest war games. Picture: Segodnya NTV 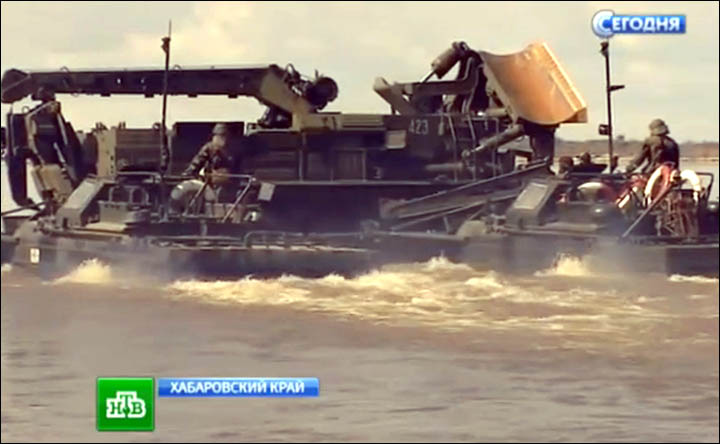 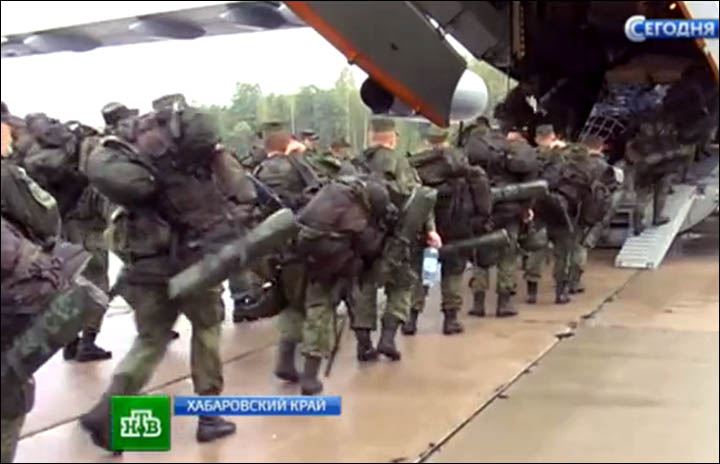 Codenamed Vostok-2014, the exercises were heralded by NTV channel as ‘the biggest since Soviet times’. Pictures: Segodnya NTV

The exercises came five days after Russian president Vladimir Putin ordered snap combat readiness checks in eastern Siberia and the Russian Far East. In these,  Pacific Fleet warships simulated being ‘a potential enemy’.
Some forces were moved 5,000 kilometres to take part in the latest war games. The manoeuvres were underway on the island of Sakhalin, the Kamchatka Peninsula, Chukotka, and the southern part of the Primorsky Territory.
Meanwhile, the Russian Defence Ministry’s board discussed the issue of forming technical missile bases in every military district, said Defence Minister Sergey Shoigu. ‘We are discussing a proposal to set up technical missile bases in each military district. Creation of additional autonomous storage and transport detachments will fully guarantee that combat formations being used in various operational directions and at a significant distance from each other are supplied with missiles,’ he said.
The provision of missiles to combat formations operating under such conditions – in various directions and at a significant distance from each other – are a key test during the Vostok 2014 strategic exercise.
‘We will test these approaches during the upcoming Vostok 2014 exercise and study the possibility of further development of the system of missile-technical support,’ Shoigu said.
source »

From the CIA-affiliated rumor site…

Why Was The Year “2014” Recently Added To The Georgia Guidestones?

One thought on “Aggressive Reciprocity 2.0”