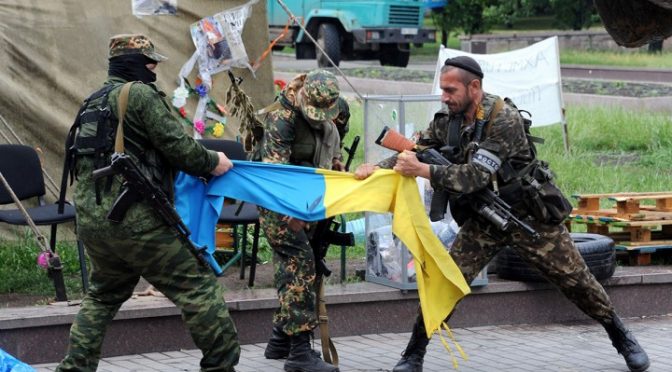 It’s official: Israel and the rest of the Nazis are defeated in Ukraine, hence the creation of the arms free buffer zone between two contending forces.

Also, the MSM’s constant parroting of “Russia’s aggression” and “Russian troops” in Ukraine has been muted out by the recent statement of Putin’s Government that it doesn’t want to accept East Ukraine as part of its territory. But it will never tolerate any intrusion to its sovereignty using part of Ukraine or otherwise.
Eastern Ukraine will have no alternative but to establish its own independent government which will be feasible due to the presence of huge gas reserves in the area.