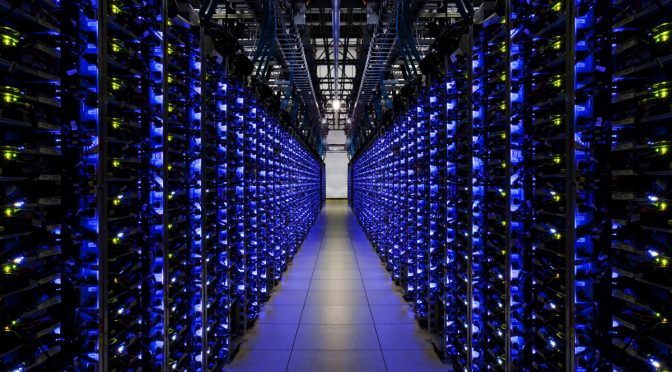 The global casino is broken. Virtual number spewing algorithms in climate controlled server farms can be hacked and hijacked from remote terminals.
Here’s a very interesting article which might get clearer in a few days…

Japan’s over-the-counter market was bombarded with $617 billion of erroneous stock orders in dozens of Asia’s biggest corporations. They were canceled before they could be executed.
More than 40 requests to transact shares totaling 67.78 trillion yen ($617 billion) — greater than the size of Sweden’s economy — were voided at 9:25 a.m. in Tokyo before they could be matched, according to data compiled by Bloomberg from the Japan Securities Dealers Association. JSDA received an error report from a member and is still confirming what happened, according to an official who asked not to be named as he isn’t authorized to discuss individual cases.
The biggest order was for 1.96 billion shares of Toyota Motor Corp. (7203), or 57 percent of outstanding shares in the world’s biggest carmaker, for 12.68 trillion yen through an off-exchange transaction. Toyota declined to comment. Other stocks with cancellations included Honda Motor Co., Canon Inc., Sony Corp. (6758) and Nomura Holdings Inc. (8604)
Mistakes occur periodically on the world’s electronic trading venues. In 2009, UBS AG (UBSN) accidentally ordered 3 trillion yen of convertible bonds issued by Capcom Co. In 2005, Mizuho Financial Group Inc.’s securities unit was unable to cancel a mistyped order for J-Com Co., costing the bank 27 billion yen at the time.

Orders to buy or sell stock are submitted and withdrawn all the time in electronic markets, where computerized strategies are used by arbitragers to profit from price discrepancies and by market makers to anticipate demand. The sheer size or today’s cancellations took the traders by surprise.
“I’ve never heard of orders this big being canceled before,” said Ayako Sera, a Tokyo-based market strategist at Sumitomo Mitsui Trust Bank Ltd., which oversees about $474 billion. “There must have been an error.”
One of the biggest American market makers, Knight Capital Group Inc., was pushed to the brink of bankruptcy in August 2012 when its computers spewed mistaken orders on to U.S. markets. In that case, the orders found buyers and resulted in hundreds of millions of dollars in losses to the Jersey City, New Jersey-based firm. The company was later bailed out and sold.
While no such losses were recorded today because the orders weren’t filled, there should be an explanation to alleviate concerns, Sera said.
“I don’t think the order could’ve been executed,” said Sumiyo Yamamoto, vice president at Jefferies Japan Ltd. “With OTC trades, you can cancel anytime during market hours. Also, the amount was huge, so someone would’ve noticed before the market closed.”

The Topix fell 0.6 percent to 1,318.21 at the close of trading in Tokyo. A gauge tracking brokerages slid 1.5 percent, the second-biggest decline among the 33 industry groups on the Topix.
“It’s not rocket science that there was a fat finger here, but it reopens the question about accountability,” said Gavin Parry, managing director at Hong Kong-based brokerage Parry International Trading Ltd. “There is a probability a broker mistook the number of shares for the value of shares. We guess that’s why the OTC market sees big crosses –- it’s easier to cancel errors.”

Off-exchange or over-the-counter trades are conducted directly between two parties without supervision from the bourse. Brokerages mediating the trades must submit a report on them to JSDA. Should there be an error, they are required to file a report within five minutes of the mistake, an official at the association said. About 4.15 trillion yen was traded off-exchange in August, according to JSDA. That compares with about 41 trillion yen on the first section of the Tokyo Stock Exchange.
JSDA is a self-regulatory organization comprising of brokerages and financial institutions in Japan. The group’s regulatory functions include creating rules for its members and conducting inspections. The association also compiles data from its members on transactions that take place off the exchange, according to its website. The Financial Services Agency, the market regulator, has oversight on all securities transactions including off-exchange trades.
“I don’t think we can find out who did this,” Jefferies’ Yamamoto said. “OTC transactions happen directly between two parties, which makes it difficult to find out who was involved. But considering the scale of the error, I guess it was a big broker.”
To contact the reporters on this story: Anna Kitanaka in Tokyo at [email protected]; Toshiro Hasegawa in Tokyo at [email protected]
To contact the editors responsible for this story: Tom Redmond at [email protected] Young-Sam Cho

By Pam Martens: September 28, 2014
If you missed our coverage in 2012 of the Lower Manhattan Security Coordination Center where Wall Street sleuths from those serially charged firms like Goldman Sachs and JPMorgan dunk donuts alongside New York’s finest in a $150 million spy center, keeping tabs on the comings and goings of their own Wall Street employees as well as innocent pedestrians, then you may not fully appreciate why Carmen Segarra has been celebrated all weekend for her temerity in taping her boss and colleagues at the New York Fed, as well as employees inside the cloistered bowels of Goldman Sachs.
While Wall Street was spying on everyone else in lower Manhattan in a high tech center funded by the taxpayer, Segarra strolled over to a Spy Store, plunked down a modest sum and walked out with a tiny tape recorder. She then proceeded to capture the essence of the quintessential captured regulators who didn’t see the 2008 crash coming and won’t see the next one coming either – because their job is not to see too much. (We called the Spy Store on Saturday to ask if they had experienced an upsurge in sales of the tiny recorder. We were informed that sales were brisk but not unusual.)
Segarra is a lawyer and former bank examiner at the Federal Reserve Bank of New York, one of Wall Street’s key regulators, who charged in a lawsuit filed in October 2013 that she was told to change her negative examination of Goldman Sachs by colleagues, who also obstructed and interfered with her investigation. According to her lawsuit, when she refused to alter her findings, she was terminated in retaliation and escorted from the Fed premises.
After having her case tossed by a Judge whose husband was representing Goldman Sachs, Segarra turned over her 46 hours of tape recordings to ProPublica’s Jake Bernstein and public radio’s This American Life. ProPublica and This American Life released their stories on the tapes this past Friday, creating a media frenzy.
The hubbub has reached the ears of the U.S. Senate, with Senators Elizabeth Warren and Sherrod Brown calling for Senate Banking hearings on the deeply conflicted New York Fed.
continue reading »