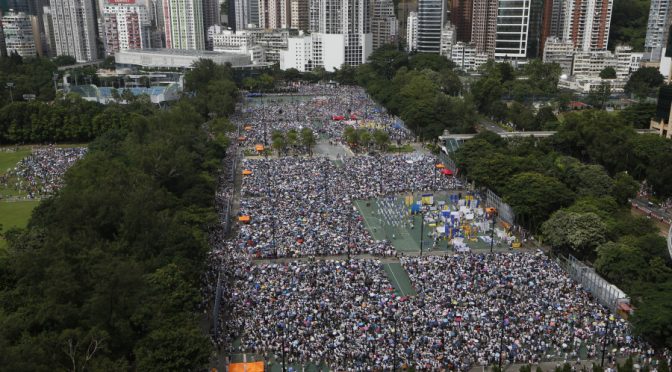 We applaud when people rise for freedom’s sake. But it is also our experience that our desire for full control of our lives can be hijacked anytime by a third party, who would love to fuel the fire so that in the end they are the only ones left standing.
The Hong Kong protest for electoral reforms is laudable if not only for its timing. We know how the Cabal is gasping for more oxygen as it tries to dodge from massive onslaught of punches from all directions.

The article below is more than enough to confirm that the Corporate Cabal is indeed behind the current political turmoil in China’s Hong Kong province. They are following the same template as they do in Ukraine and elsewhere.


WASHINGTON, October 2 (RIA Novosti) – US Secretary of State John Kerry has called on China to satisfy the demands of pro-democracy protesters in Hong Kong.
“We support universal suffrage in Hong Kong accordant with the Basic Law, and we believe in open society with the highest possible degree of autonomy and governed by rule of law is essential for Hong Kong’s stability and prosperity,” Kerry said Wednesday before meeting with Chinese Foreign Minister Wang Yi.
In response to Kerry’s remarks, Wang stated, “Hong Kong affairs are China’s internal affairs. All countries should respect China’s sovereignty. And this is also a basic principle governing international relations. I believe for any country, for any society, no one will allow those illegal acts that violate public order.”
Earlier, the White House issued an official statement, urging Beijing to give the people of Hong Kong a genuine choice of candidates for the 2017 election.
On Monday, thousands gathered in Hong Kong in support of a student demonstration by the Occupy Central movement, which began on September 26 in protest against Chinese government plans to control the 2017 election in Hong Kong. According to the claims of the protesters, China is going back on its word to maintain the city’s autonomy under the “one country, two systems” formula.
source »
Would you like to like to have your own eClinik at home?
You can easily defeat cancer, AIDS and help your body cure all known and unknown illnesses without using drugs, at the comfort of your own home. This is our experience. Find out more about it here.
Every download of our eBook, Towards Healthcare Emancipation – Premium Edition, provides additional funding to our next project.
If you haven’t done so, please like our FB page to encourage others to learn more about our work.
Thank you very much for your valuable support. Mabuhay!

2 thoughts on “US Hand in Hong Kong Protest Confirmed”